Home Activities Learning outside the classroom: Architecture outing to Cheste

This last Friday the Architecture students of our Technical School participated in an educative outing to Cheste, a municipality just outside the city of Valencia, to study the architecture of the impressive Complejo Educativo de Cheste. Students participating in the excursion were first, second, and fourth year students of Architecture, and among them were international students from countries such as Sweden, Finland, Ukraine, Morocco, Zambia, and Ecuador. 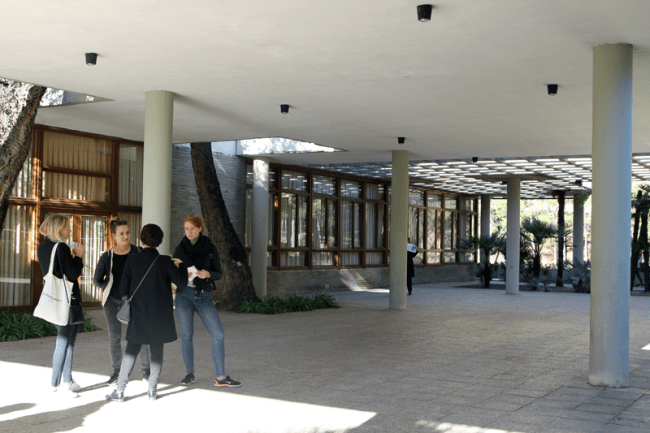 The outing consisted of a walk around the premises during which the group stopped at various points to examine different key features of the building complex’s architecture. The students were led by professors Alfonso Díaz, Ignacio Juan, and Ana Ábalos who pointed out interesting features to the students and encouraged them to examine and consider these architectural choices. 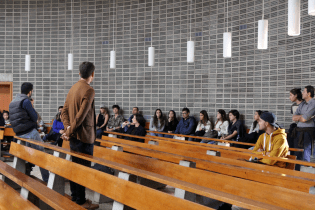 Complejo Educativo de Cheste is a massive education complex designed by Fernando Moreno Barberá and constructed between 1967 and 1969. It is an example of the modern movement in Spain and exhibits international influences, for example in the materials chosen by Moreno Barberá.

The students were told to focus on the visual unity that extends to the whole complex and its 45 buildings in total. This unity has been achieved through the materials used in all of the buildings — reinforced concrete and concrete bricks, with touches of wood — and the coordination of measurements in all of its structures. In addition, recurring elements like brise soleil can be spotted on many of the buildings. 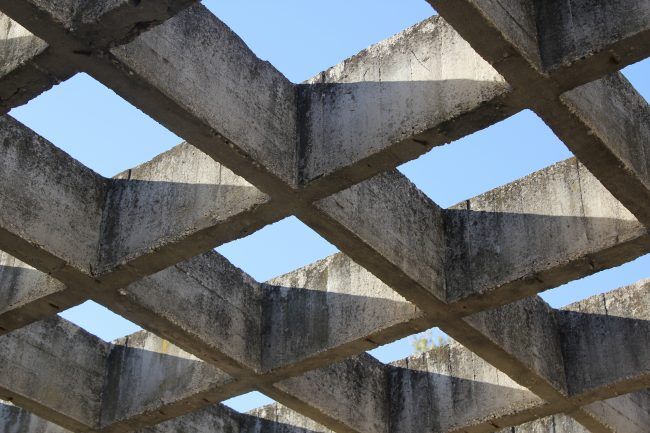 Last but not least, the students were to consider the careful positioning of the buildings in the surrounding environment. Although the complex consists of massive concrete structures, the concrete blocks blend in, obeying the terrain of the location, and the structures merge to the surrounding nature as native species have been planted in great numbers around the buildings.

In addition to classes, workshops, and talks by visiting professionals, the Technical School of Design, Architecture and Engineering arranges trips for its students outside the premises of the School, giving the students a chance to study significant architectural landmarks on location: this practical approach encourages involvement and learning outside the classroom. Previously the Architecture students have visited the cities of Granada, Cuenca, and Barcelona, and outside Spain Prague in Czech Republic and Brussels in Belgium, for similar study trips.

You can see all the pictures of this trip in our Flick gallery: click here!