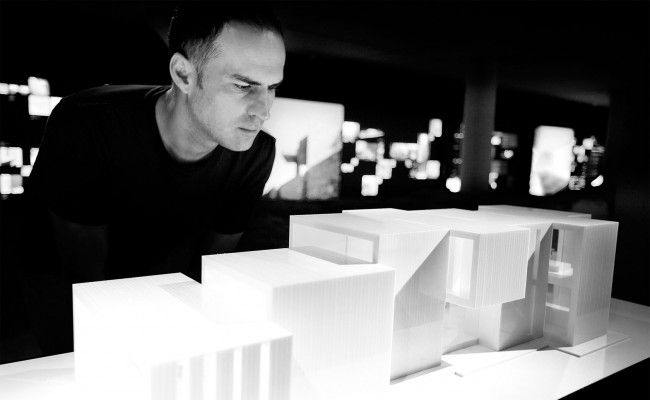 Architect by the Superior Technical School of Architecture of Madrid (ETSAM, 1990), in 1991 he founded his own studio RE_E with the conviction that architecture is a discipline that encompasses both the interior and design in all its facets. A belief that led him to projects as remarkable as the Extension of the University of Valencia, the new Hospital de la Fe of Valencia, and the Convention Center Myrtus.

Projects full of soul and purity combined with a persistent search of connection between container and content leads him sometimes to also work with the furniture. Cause of which derives the design of several pieces for homes as Na Xemena, the collection of outdoor equipment of the same name (1997) and currently designs for brands such as Vondom, Vida and Porcelanosa.

Impeccable career which has been recognized through awards and mentions: First Prize ex aequo of the Architects Association of Valencia 2003/2004 by Prince Felipe Research Center; ADCV Gold Award 2009 for the Joquer DNA sofa; Special mention in the International Competition Mirador Palmeral of Elche (Alicante), organized by the city of Elche; Third Prize at the International Competition Advanced Toledo Neighborhood Plot 5, organized by the City of Toledo and the Government of Castilla La Mancha;  or the ASCER Distinction of Architecture 2010 by the IES Jaume I. In 2015, the prestigious New Yorker magazine Interior Design, granted him the “Best of Year” award for Ulm Vondom Daybed collection. An award that honors the best products and projects presented by the industry and interior design.
Currently, Ramón Esteve, combines his work as a freelancer at RE_E, with being professor at the Department of Architectural Design at the School of Architecture of Valencia and the Hotels Design Area in the Master of Interior Design at the University Cardenal Herrera CEU.

New challenges for a post-pandemic architecture