Francisco Jarrín, Architecture student, reports on the visit of a group of students from the Rice School of Architecture, within the context of the recent iWeek. 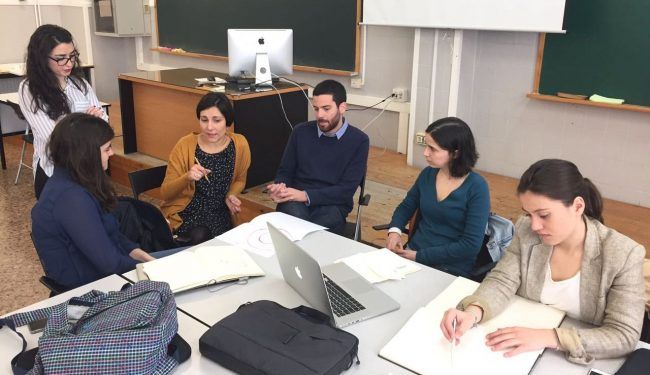 On Friday the 10th at our Technical School (ESET) we had the visit of Lluís Juan, who gave a conference for architecture students as part of the third edition of the school’s iWeek.

The iWeek is a seminar where a common project is presented for students as part of the Architectural Projects subject. Students from different courses work together to deliver a final project. Erasmus+ Program students also participate of the iWeek. On this third edition, the iWeek aims to reflect the relationship between architecture and landscape. The objective is to propose a design for a project in Cuenca, Spain. 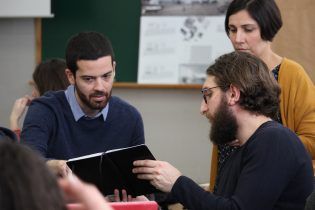 This time we received Lluís Juan Liñán, a teacher of Architectural Projects at Rice School of Architecture (RSA) in Houston, USA. Juan is a valencian architect with a master’s degree in Advanced Architectural Design. His work today focuses on the impact that digital media has in architectural design. He also studies how the evolution of the resources used by architects to publish their works affect the way buildings are conceived nowadays.

Along with Lluís, we also received 9 students of different nationalities from the RSA. I had the chance of meeting Pauline, Erick, Denise, Will and Ali. We talked about architecture, the ESET, and Valencia.

Pauline is from Los Angeles (LA), she feels amazed by the City of Arts & Sciences, Santiago Calatrava’s masterpiece. She is surprised by its architecture but also by “all the controversy that it caused” because of the economic, architectural, and political problems that the project supposed. For Pauline, the ESET is a very pragmatic school that focuses a lot in structures. Erick is from LA too and he finds Valencia very interesting because of the curious mixture between ancient city and modern city. He agrees with Pauline about the ESET, but he adds that he notices much focus in shapes and styles. They both admire the works of the firm Mansilla+Tuñón, from Spanish architects Luis Moreno Mansilla y Emilio Tuñón. 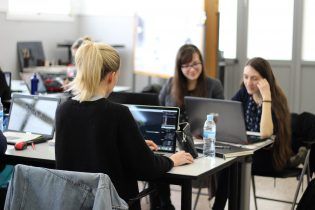 Denise studies in the US, but she’s from Singapore and one of the things she likes about Valencia is its weather. On the other hand, Will is from Washington DC. When talking about Spanish architects the name Santiago Calatrava comes to his mind.

Ali is from New York City (NYC). For her, unlike Madrid and NYC, Valencia is a calm city. She is amazed by its medieval style. She also tells me that the ESET reminds her about her school which is small and teaches around 220 students. She admires Spanish architect Francisco Mangado, among others.

Lluís Juan and his group stayed in Valencia almost for a week. They visited the ESET and they were also working on the Marina Real area, on the abandoned buildings used for the America’s Cup, for which they would propose new uses, as part of a project of their university.