Home Activities An insight into the worlds of Architecture and Design…

One project. Three teams. But only one winner! It was all in an afternoon’s work for 12 Swedish students visiting ESET, the Technical School of Engineering at CEU Valencia. Eager and ready to learn, they spent the afternoon immersed in the worlds of architecture and design… 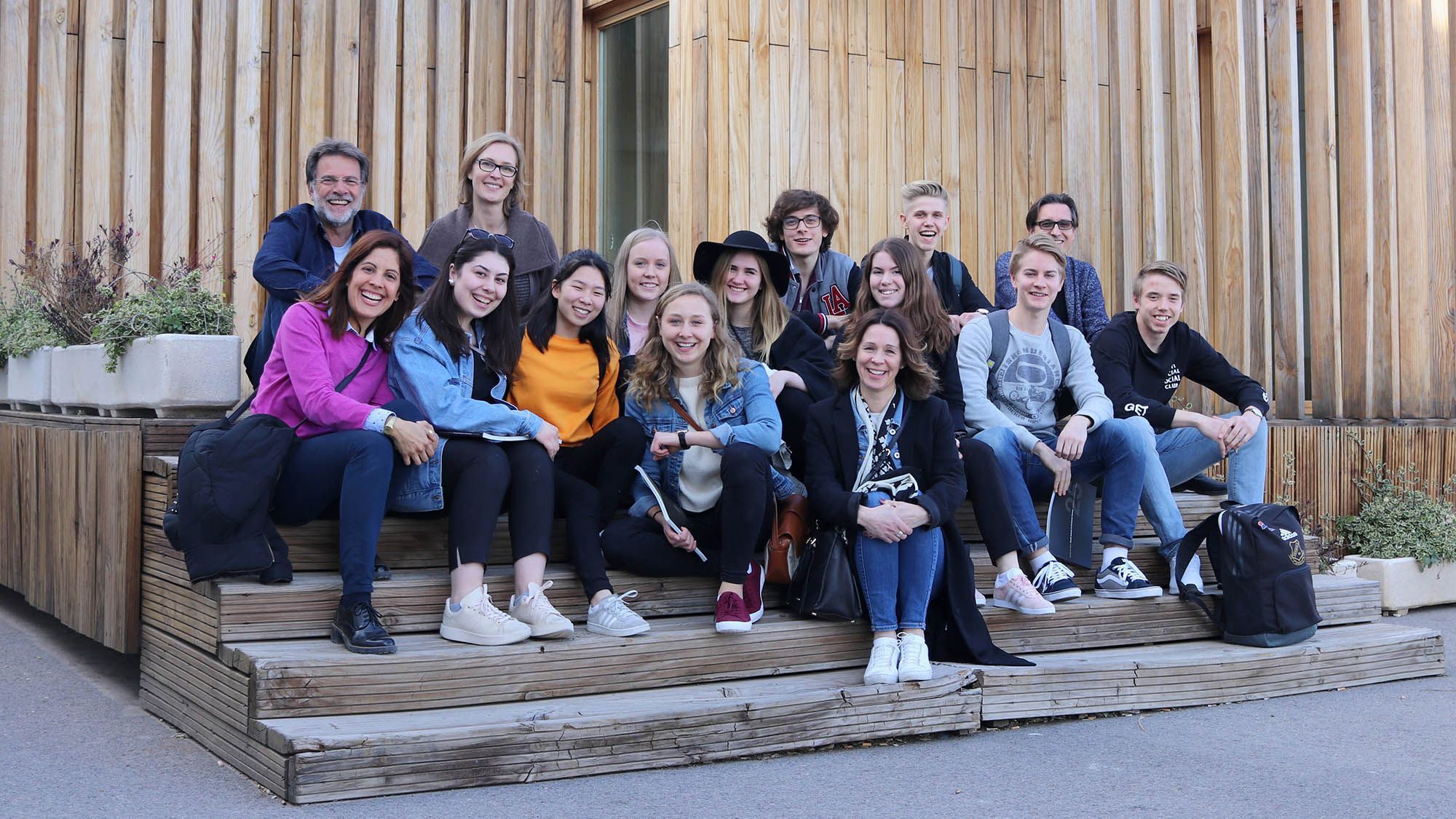 The Swedish students, from Rosendalsgymnasiet in Uppsala, have been taking part in an exchange programme with students at Colegio CEU San Pablo. Along with their two teachers, they were shown around the ESET Technical School of Engineering building by Andrés Ros and Manuel Bañó, and introduced to the concepts of design and architecture.

For the workshop itself, the students were divided into three groups and each given a pack of printer paper. The challenge was to construct a tower which was as high as possible within half an hour. As the CEU UCH professors Andrés and Manuel described to them, they had to work in stages – “think, experiment, build”.

The task encouraged them to consider a variety of factors, including foundations, stability, manipulation of materials and of course the most important thing, height! As Andrés explained, “they are discovering their creative skills which they would need to be a designer or an architect.”

An exciting and enjoyable afternoon for the students who spent the whole time conversing in Spanish with the professors. Their teachers, Maria Leijon and Helena Lindahl, felt that it was a creative experience for them and it was very beneficial. “It could be that one of our students here changes their career ideas because of this workshop, they are at just the right age to be influenced.”