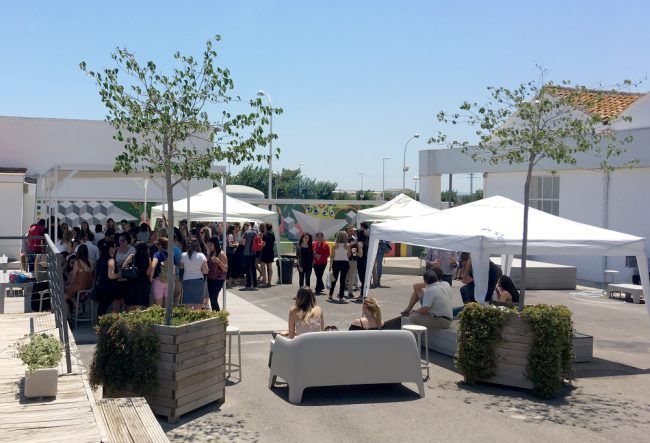 After the great experience at the last edition of CreaFest Summer, which on this occasion coincided with the ESET 30th anniversary, we contacted with Architecture students who showed their projects at that intense event, and they kindly prepared us an abstract of their presentation, which you can enjoy below:

During the first year of the Architecture degree we have had various courses which required and embraced our creativity. In my opinion, Introduction to Architecture was one of the most important courses this year, as it not only brought out our creativity, but it made us feel and see what we are going to be doing for the rest of our lives as architects.

Our first assignment was to compose a collage that would reflect what Architecture meant to us. At that moment, it was a huge dilemma for me, so I decided to compose something that showed how general knowledge about architecture forms our own personal perspective about it.

For our second project we had to choose the favorite part of our room/personal space and making a model, a sketch, and giving any digital information about it (video, photo, etc.). I personally loved that this assignment was mostly about the space and the feeling that the space created. I made this project very personal and showed my hometown connected to all the other places I grew up/traveled to throughout my life.

“I, personally, had so much fun working on this assignment”

Our last and biggest project involved us picking a house, writing an analysis on it, drawing plans and sections of the house, and making the model of the house. The purpose of this project was to make us understand why the house was built the way it was, feel the space inside the house, and to be able to rebuild the house with all the information we had in our analysis. This project made a significant impact on my view of architecture and taught me how to analyze space from an architect’s perspective. The house of our choice was the 22 Parkside (Rogers House). This project gave us a glimpse of what we will be doing as architects. I, personally, had so much fun working on this assignment.

Overall, the course was well organized, informative, hands-on, and fun! Our professor Ana Ábalos Ramos kept us interested, helped us emotionally connect to our projects, and was simply a great inspiration!

After a small competition, we started together as Architecture students by finding a proposal that can connect the people inside multi-occupancy buildings replaced in Berlin, which was an amazing starting point for this subject that connects all students, with different languages, cultures, ages and ideas! 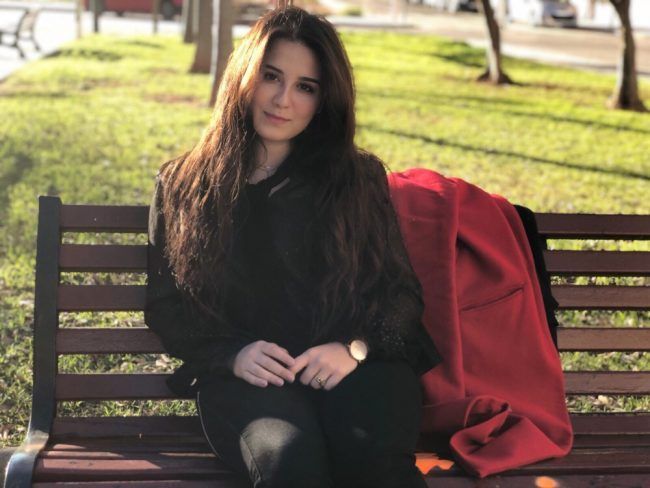 Then we had two projects which professor Ignacio Juan Ferruses suggested to us. The first and biggest exercise is to propose a children’s school in a huge park which is also located in Berlin, taking into account all the needs of kindergarten, services, materiality, structure, work with the relationships between the units inside the buildings, and of course studying well the place, as well as the atmosphere around, in order to have a kind of interaction with the environment, etc… My idea reminds us of Mondrian’s paintings, and the International Style of Architecture from the early 20th-century, that offers you a mixture of feelings between old and modern styles. It consists of 4 main walls, inside each one it includes all kind of services, and behind each wall we have spaces with different functionality kinds. 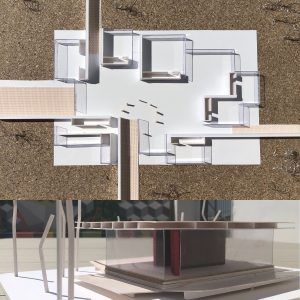 The second exercise was to design a module that could work as a coffee stop in every part of the city, made in wood as a fundamental project material, both in enclosures, panels and pillars, as in structure with specific sizes. A good exercise, working to open your mind more and focus on the main structure to build a distinctive project, practical and economical. My design, made from two main curved lines constructed by wooden pillars, connected to the main entrances of the building located in the middle of the coffee stop to give spaces with two-kind functionality, and two differently feelings: One during the day when the building is open, and another which is completely different, when the building closes during the night.

“these projects and the fact of being able to demonstrate my abilities, have helped me to confirm that this is what I want to be.”

What I liked the most, these projects have helped me to learn about my new path! 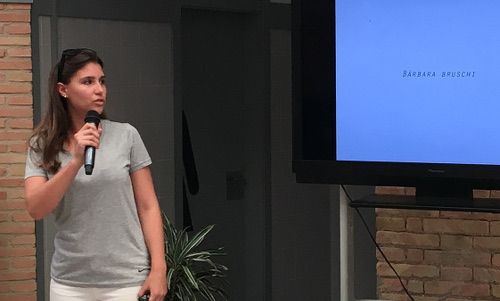 The activities for projects for third year started off with the Berlin Workshop, which incited us to come up with a proposition of an architectural intervention for a typical Berlin block. After this exercise, we were given the task of developing a project for the World Press Photo Foundation in Berlin, a company that holds photographic competitions and exposes them.

With the first workshop in mind, and after the school’s visit to Berlin and consequently to the site in which we would be working on, I felt the need for a project that could somehow be more pleasant to visitors with its smaller scale and village-like typology considering the surroundings which was very impressive, big and imponent. A walled-village seemed more than proper, since it provides more human scale architecture. This gives the visitors the opportunity to isolate themselves in a way from what happens around them and proportioning a space where they can feel safe and relaxed to enjoy what the museum has to offer. Also influenced by the surroundings comes the idea of an elevated project, that even though the entrance is not immediately revealed, brings a certain status to the museum.

The idea of the wall came as an element to isolate and only give access to its surroundings at certain points of the project making people focus on what happens inside the building rather than outside. Adjacent to the wall, on its inner part, takes place the circulation of the building that consists of a “light corridor” which highlights and separates the circulation from the houses where activities happen, leading the user amongst exhibition room with different qualities, a library and multipurpose rooms always in some way connected to small inner courtyards that provide life and light to the circuit. 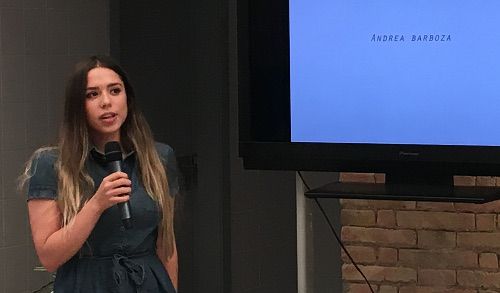 This project conception (for Architectural Projects VI, with professor Andrés Ros Campos) was born from the need of creating a strong interaction between the lake and the building, always in order to improve the richness of the views at the place.

A strong volume, separated from the ground that contains the program related to the school of kayak and rests on the other part of the program, which is the students residence. The difference of height from the two rectangles works to blur the contrast between a bridge (on the south side) and houses (on the north). 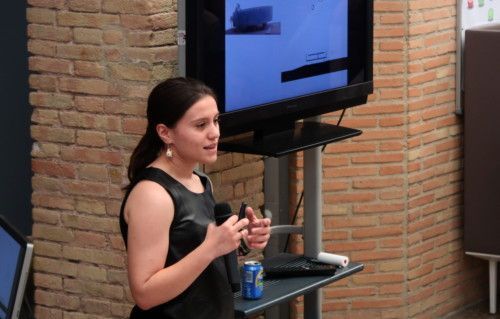 The projects subject for the fifth year is not only understood as the design process for the building, it is not only conceiving, but also materializing, including the structure, the construction and the building systems, making it all work together. With this, we were proposed as a challenge, a set of three buildings, which would end up being three separate pieces in one of the 180-degree curves at the historic Berlin Avus Circuit.

“Undoubtedly, a challenge, which with a lot of work, is always achieved.”

The thought was focused to achieve that the structure, geometry and the relationship between the buildings and the curve were hand in hand. The relationship was tangential, because if the curve was the history of the project, the new set would be the future of it. The geometry to be used was therefore the tangent circle in the three buildings to the curve.

The cafeteria, a pure circular piece, raised from the ground by three structural nucleus that would solve the necessary services.

The museum consists of a circle with an orthogonal tab in a quadrant that would break the symmetry and determine access. Its structure would function under an orthogonal and non-radial grid with the intention of giving direction to the building and unifying it in the whole.

Finally the hotel, which unifies two pure forms, circle and square, where each one responds functionally and structurally. The circle is a courtyard with an inside helical ramp on the perimeter. The square, coincides with three quadrants of the circle and releases the fourth number, forming the access and generating diagonal symmetry, resolves the program of permanence and uses in the ground floor and rooms, where the structure is of walls and repetition, and its modulation is the dimensions of the room.

Undoubtedly, a challenge, which with a lot of work, is always achieved.