Home alumni Teresa Sanchis, ESET alumni, tells us a bit about her architecture!

We recently had the opportunity to interview our colleague Teresa Sanchis, graduated a few years ago in the Architecture degree. Our initial interest after getting to know her was to hear, from her perspective, the process of transition between student and work life. She mentioned her first contact with the world, an internship at RCR Arquitectos (winners of the 2017 Pritzker Prize), then moving to Alberto Campo Baeza’s studio in Madrid: “In Madrid I spent two and a half years, working first with Alberto and then in a studio that focused on single-family homes, and I had much more contact with the work”. Finally, she returned to her homeland for founding an architecture studio with her previous classmates and architect friends: Paco and Álvaro Hidalgo. 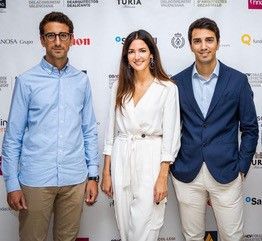 We know that you have won several architectural competitions, tell us about a contest that has left a mark on you in particular.

The one that marked me without a doubt was ‘A Tower to fly’ from Fundación Arquia. It was about designing a tower with a very spiritual space and it was a very nice exercise. I really tried to think what I wanted persons who come to this tower to feel and I planned a tour and a space that responded as much as possible to what I wanted to feel when I arrived there. I called it The Tower of Hope. It was one of the awarded projects in that Arquia edition and, because of that, I was able to do my internship in the Campo Baeza studio. 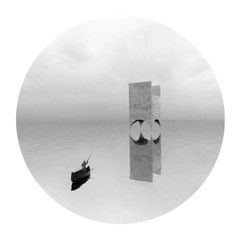 You have just received a prize from the COACV along with your studio. Tell us what the project is, as well as the experience of being recognized with a prize.

The project is an exercise in media economics: get the most out of little. We acted in an existing park and we believe that the question of matter was to detect what areas were already working in the park and what areas needed some intervention, we concentrated all the budget we had in those areas. A secondary objective was to create a game landscape, a framework in which children could freely unleash their imagination, without following instructions. In fact, today children continue to surprise us when we see how they use the elements of that game landscape in ways we had never thought of. 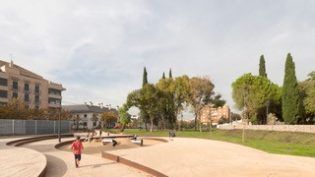 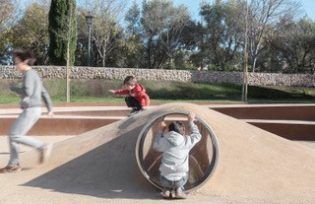 Project awarded by the COACV

Finally, we asked for an advice to students who are still studying the degree, where she suggested not missing the opportunities to practice and learn, because after that, when they move into the professional world, they will no longer have the time.

Natalia Guerrero: Why I fell in love with Copenhagen