Home Internships and Employment “On a long term I would like to lead a team in... 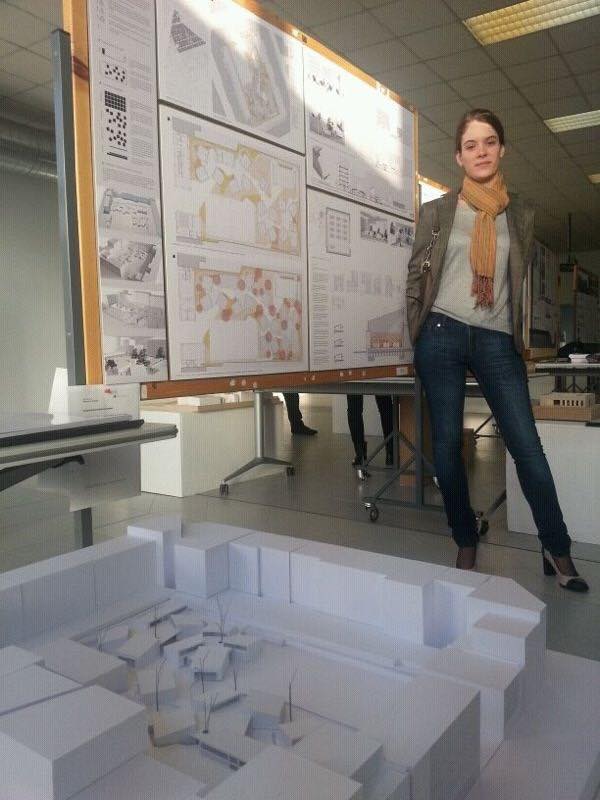 Where are you working now?

Which are your professional aims at work?

I hope to be able to see finished the project we’re working in at the moment, including the construction stage. On a long term I would like to lead a team in a project.

Which is your last project? And the most important one?

I can’t answer because of confidentiality issues.

The most important would be the competition of the restoration of Cartagena de las Indias city wall, won this December.

Do you think your academic training at University has helped you in your daily work?

Yes, it provided me with a very strong technical background.

Tell us briefly how an ordinary day at work is for you.

We usually work on teams. We have at least one weekly meeting to see the objectives and deadlines of the week and we each have our own areas to work in. As we work with BIM, we’re always aware of what other people on the team are working on at the moment, so we can adjust our own if necessary.

Would you recommend CEU Cardenal Herrera University to people with academic interests like your own?

What are your future professional objectives?

I plan on being recognized as a full architect, both inside the UK and on an international level.

How were your professors like? Did they motivate you to excel in your field of expertise, to reach for more than what might be considered the norm?

The most common characteristic between them would be a very strong sense of design. Two of them in particular were the ones that influenced me the most in liking Architecture and design in general, as well as redefining and sharpening my skills as an architect.

Do you think CEU Cardenal Herrera did enough to assist you in developing your talents and skills? Could we have done more in this respect? If so, what more could we have done?

I think it did a good job, but there is always room to improve.

There needs to be more communication between the university and the Architecture studios, in order to help the student with internships and first jobs. Also, to provide with classes with the latest knowledge in software design, like Rhinoceros, Indesign, or BIM programs.

Do you miss Spain? Do you plan on returning?

Yes, I miss it. But I don’t plan on returning.

Working at Foster and Partners