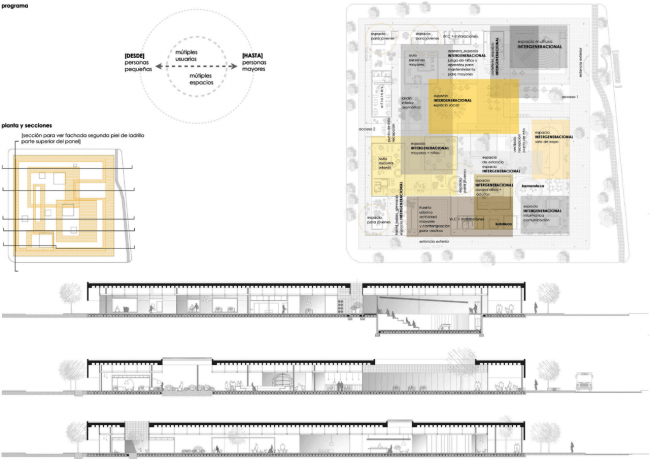 The jury, composed of renowned architects Luis Martínez Santa-María, Vicente Sarrablo, and Enrique Sanz, together with Pedro Rognoni (president of the Exposed Brickwork section from Hispalyt), acknowledged the high quality of all the projects which entered the competition, and delivered an Honorable Mention prize to the “Entre Lazados” project by Inma Soler Tomás, who became one of the four university students awarded at the competition.

The members of the jury emphasized the simplicity and originality of the “Entre Lazados” project, and praised “the exposed brick wall over a glass skin, in a building which also makes use of brickwork and other ceramic materials in floorings”.

The project shows an important contrast: On the one hand, the heavy character of the concrete roof, very strong, which builds a forceful first skin. On the other hand, a second skin in the inside, made of exposed brickwork and glass, offering a warm atmosphere.

“Entre Lazados” is a multipurpose center, intergenerational, projected for the Torrefiel neighborhood in Valencia. Its program comprises kindergarten, rooms for elderly people, cooking school, play center, newspaper library, as well as supporting uses. The roof, with its unitary concept, helps create a sequence of closed, semi-open, and open spaces, designed for the uses offered by the program.

The minutes from the jury decision, as well as detailed information on the project, can be found at the following official website from the awards.

Our most sincere congratulations to Inma Soler for this impressive result! 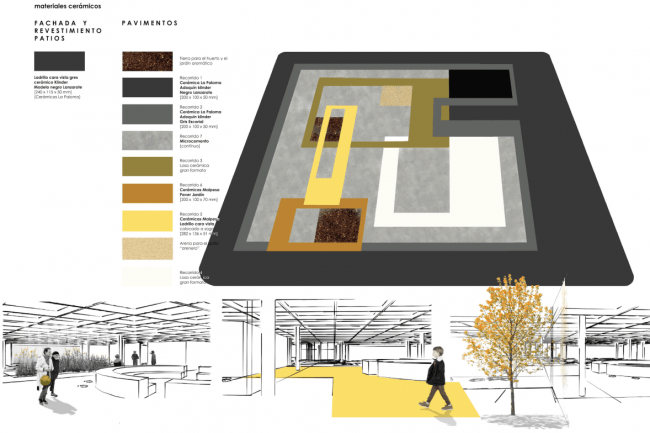