Every city has a landmark that gives it a signature look, and Valencia is no different. The City of Arts and Sciences is an entertainment and architectural complex located at the end of what used to be the Turia river. 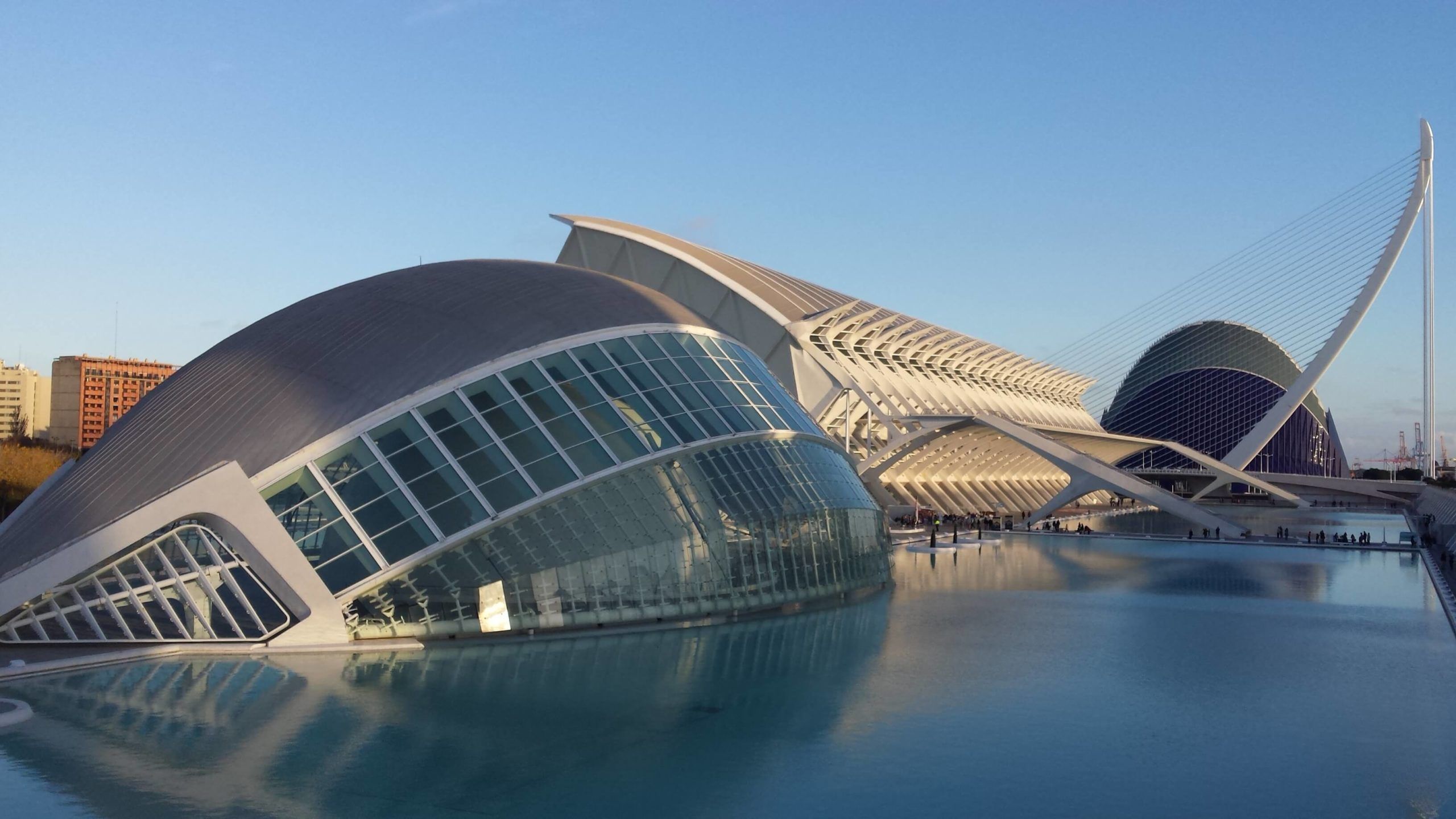 When looking for a city to study Architecture in, I always looked for a place where I would be able to experience the architecture outside of the classroom. Before coming to Valencia I saw a few pictures of this place but they amount to nothing compared to the feeling I got when I first walked around and saw it first hand.

The complex is made up of seven buildings, all architectural masterpieces designed by Valencia’s own Santiago Calatrava:

L’Hemisféric – The eye shaped IMAX cinema. Completed in 1998, it was the first installment of the City of Arts and Sciences. 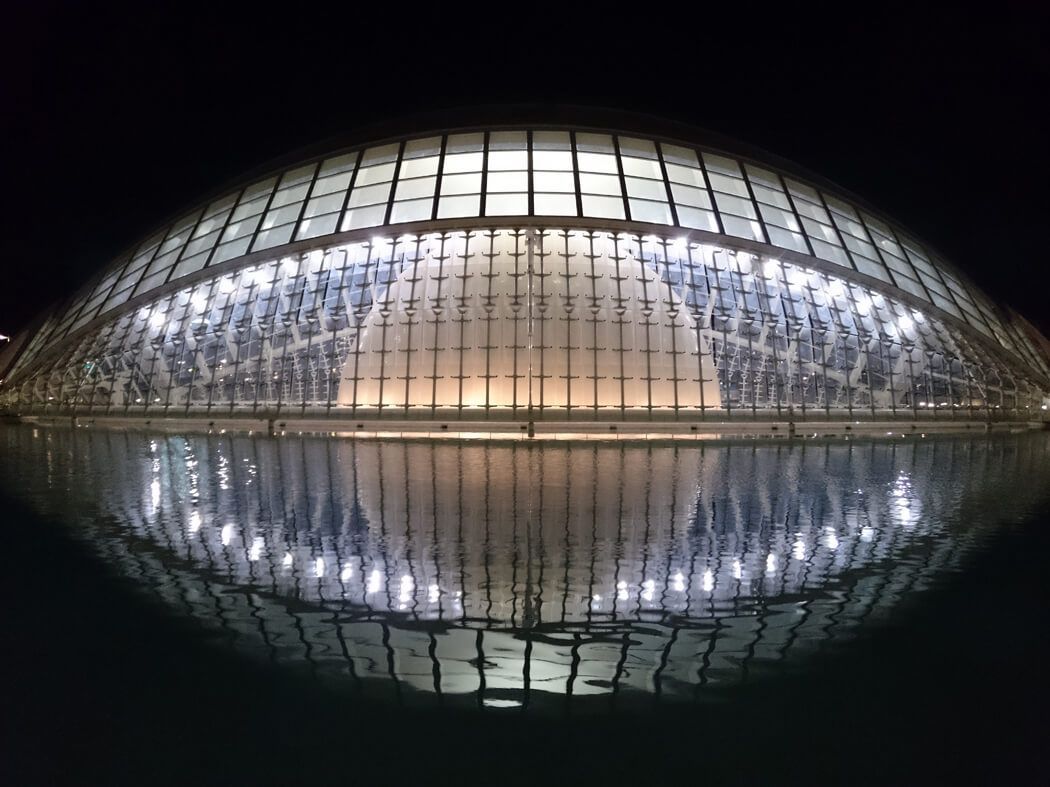 El Pont de l’Assut de l’Or – A white cable-stayed bridge crossing the Turia river. The tower is the highest point in the city.

L’Àgora – A plaza designed to host both concerts and sporting events. Stands out due to its dark blue exterior. 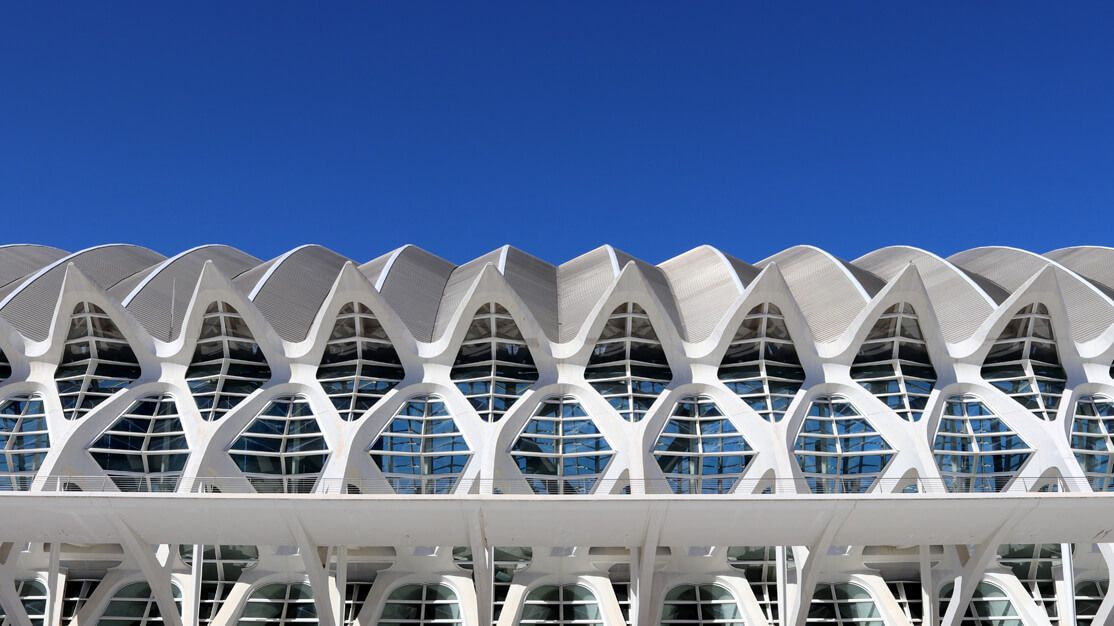 L’Umbracle – A botanic garden built above a carkpark. Filled with plants indigenous to Valencia and covered by an open envelope. The exterior surroundings are host to a number of sculptures by various contemporary artists.

L’Oceanogràfic – Designed by the Spanish architect Félix Candela it is an open-air oceanographic park in the shape of a water lily. Being the largest oceanographic aquarium in Europe, it serves as a massive tourist attraction for Valencia.