Coconut oil has been getting a lot of attention nowadays, and for good reason. There have been claims that it can clean and whiten your teeth, also help to prevent tooth decay. There is a process called «oil pulling”, which makes toothpaste with coconut oil. Oil pulling is an ancient, Indian folk remedy claimed to whiten your teeth, freshen your breath and greatly improve your oral health. Using coconut oil for oil pulling is becoming increasingly popular. But is it really good for our teeth? 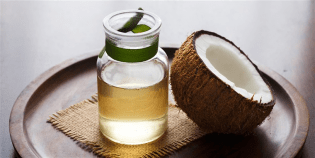 Streptococcus mutans is one of the main bacteria in your mouth and a key player in plaque buildup and tooth decay. In recent studies, coconut oil pulling showed a significant reduction of these harmful bacteria. Hence, it could be used as a preventive home therapy to maintain oral hygiene, especially in developing countries. Various websites advocate coconut oil pulling as an effective way to whiten teeth and remove bacteria. Some advocates online suggest it can treat tooth decay, kill bad breath, heal bleeding gums, prevent cavities and even prevent heart disease. 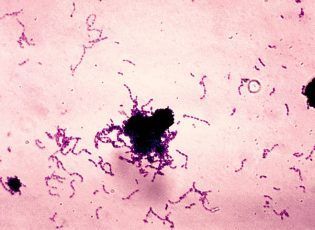 Some promoters of oil pulling say that it can do everything from disinfecting the mouth, to whitening teeth, to detoxifying the body. However, the claims aren’t supported in much medical evidence.

Possibly the greatest risk of oil pulling is using it to replace time-tested treatments. For example, some believe that they can replace tooth-brushing sessions with oil pulling. However, the adviser told that, «The oil won’t remove plaque or reduce bacteria enough to make a difference. Using it as a replacement for brushing would definitely increase your risk of getting cavities. »

Since oils specifically for use in oil pulling are not tested by an independent source for purity, they can contain harmful additives. Besides, there are still some disadvantages that obviously some problems of using too much coconut oil. For example, If you swallow too much coconut oil, it can upset your stomach or get into your lungs, which can cause lipid pneumonia.

Oil pulling is a traditional treatment which is very popular in some regions. People always claim it has many benefits. Some of these effects have been proven, but their effects should not be exaggerated. It can be used as an auxiliary means to maintain dental health, but it is not recommended to replace routine teeth brushing, and may cause adverse reactions. Take care not to swallow the oil to avoid causing lipid pneumonia or upset stomach. Based in scientific view, we obviously need more research to support this method is effective.