Byrne is member of the jury in CIFA 2014, the first edition of the Iberian Competition of Architectural Photography, organized at University CEU Cardenal Herrera, where he gave a lecture on his work

The Basque architect and photographer Iñaki Bergera, another member of the jury, spoke on Spanish photography and architecture with University CEU Cardenal Herrera students

The Portuguese architect Gonçalo Byrne, whose work is internationally recognized and awarded, for the first time travelled to Valencia, as a member of the international jury of CIFA 2014. CIFA 2014 is the first edition of the Iberian Competition of Architectural Photography, jointly organized by University Cardenal Herrera and the journal TC Cuadernos. He gave a master class during his visit at our university for students of the Bachelor of Architecture. Byrne was awarded the Grande Médaille d’or by the Architecture Academy of France for his life´s work, among which stand out, in Portugal, the Thalia Theatre and the APL Tower in Lisbon, the National Museum Machado de Castro in Coimbra, and, in Belgium, the provincial government building in Leuven.

The Portuguese Section of the International Art Critics Association awarded Byrne with their annual award; furthermore, the architecture faculty of the Technical University of Lisbon and the University of Alghero conferred on him the degree of Doctor Honoris Causa, and he has been a guest lecturer at the universities of, among others, Harvard, Leuven, Venice, Coimbra, Lisbon, Lausanne, Pamplona and Mendrisio. Gonçalo Byrne discussed the key features of his work in the class he gave to Architecture students at University CEU Cardenal Herrera. 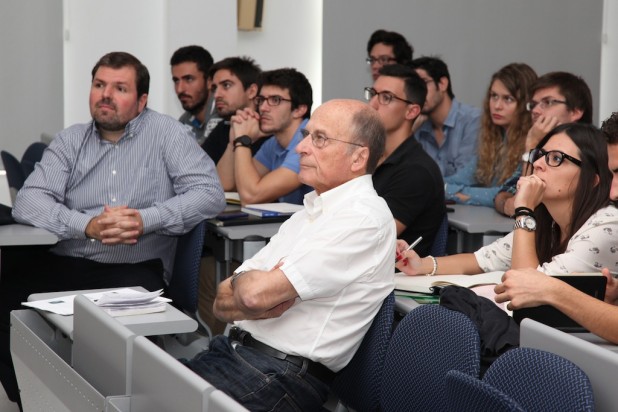 Photography and architecture made in Spain

Bergera has worked together with various important professional journals – such as Casabella, A10, The Architect’s Journal, Detail, Arquitectura Viva, Baunetz and ArchDaily – after he completed, together with British photographer Chris Killip, his studies in photography at the Harvard School of Visual Arts. Iñaki Bergera is the principal investigator in the project ‘Modern Photography and Architecture in Spain 1925-1965’, which is financed by the national I+D+I plan that the Ministry of Economy and Competitiveness manages.

Exposition of the CIFA 2014 competition

Gonçalo Byrne and Iñaki Bergera are members of the jury in CIFA 2014, the first edition of the Iberian Competition of Architectural Photography. Architecture students from Spain and Portugal compete in this contest, and their works have been on display in the exhibition organized at the ESET (Technical School of Engineering at CEU-UCH) since Thursday October 23. The jury is presided by rector Rosa Visiedo and its other members are Javier García Solera, who was awarded the social housing prize at the tenth Biennial of Spanish Architecture, TC Cuadernos editor José Miguel Rubio, photographer Diego Opazo, and Ricardo Merí de la Maza, IDIT director and secretary of the competition.

The 31 entries that were submitted for CIFA 2014 have been on display in the hall of the ESET institute since October 23. Voting on entries is possible on the TC Cuadernos web page until November 5. The entry that receives the most votes will be awarded the prize of the audience. 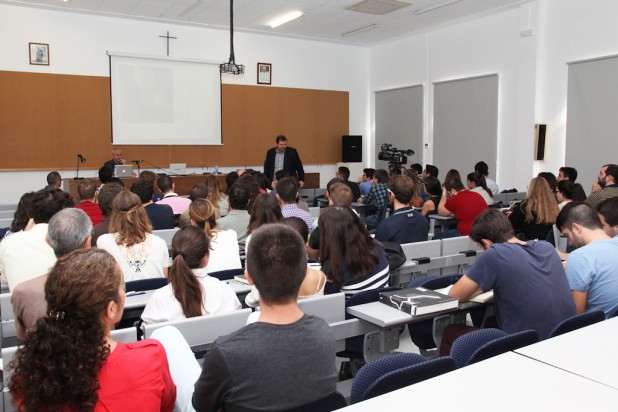