Being that it is my first time being in Europe I have made it a clear objective to explore as much of it as I can, starting with Spain itself and its second biggest city in particular: Barcelona.

One of the good things about Spain is that moving around the country is extremely easy and fast: there is an extensive road network and many coach companies that offer very cheap fares. In any case, for your trip to Barcelona you can also use the train: you can always find good deals on Renfe’s website (around 60€ for a return ticket) and well, it is the best option for those who want to enjoy a wonderful Mediterranean landscape from the window train during the 3-hour journey!

So here are the main attractions I visited on this visit to Barcelona:

One of the first things that I noticed about Barcelona coming off the bus station “Barcelona Nord” was the wonderfully crafted Arc de Triomf. Its visually striking hand-crafted red brick presence stands proudly over the Passeig de Sant Joan, as it was built as the main entrance to the Universal Exhibition that was held in Barcelona in 1888. If there is one place in Barcelona where one can see a perfect blend of families, dogs, skaters (taking advantage of the suitably smooth surface of the Passeig grounds) and tourists alike mutually enjoying the tranquil environment it is the Arc de Triomf.

There are additionally numerous restaurants that encompass the immediate surroundings of the Arc, which I personally find to have made for a perfectly calming and soothing dining atmosphere. One additional factor that has made the Arc doubly special for me is the convenient placement of many of the city’s comic book cafes that can be found around the Arc providing me with a peculiarly pleasant reading experience that I had not yet experienced prior to my first visit to Barcelona. 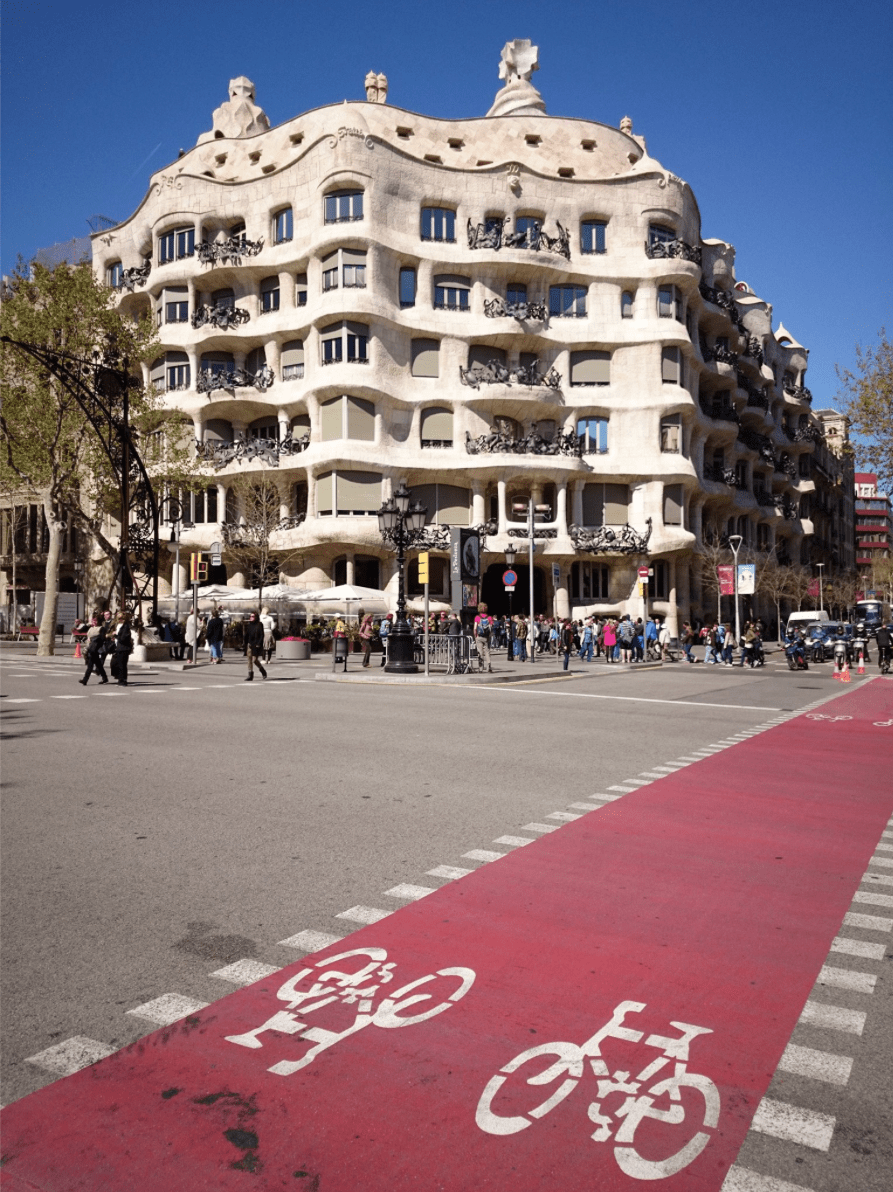 Widely regarded as the heart of the city of Barcelona, where the new and old city spill in to each other and merge, is also arguably the single most recognizable locale of the Catalan capital. Boasting a beautiful range of monuments such as the incredibly alluring Francesc Macià and ample spaces to walk around with the surrounding roads all branching out and providing you with Barcelona’s innumerable offerings, such as wonderful cuisine, parks and record stores that I often find myself getting lost in for hours and yet after all the time that I have spent here they never seem to run out.

One last thing to mention about the Plaza is the additional presence of El Corte Inglés which can satisfy your shopping needs as well while you are exploring the center of Barcelona.

For music lovers across the globe, Hard Rock Café is the stuff of legend, and I can wholeheartedly say that of all of the Hard Rock Cafés that I have visited throughout my life (including one in Madrid) I have enjoyed my visit to the one in Barcelona more than any other, largely due to the collection of memorabilia on display in the Café. Ranging from Kerry King’s (of Slayer) tribal guitar, to a bowling shirt worn by Freddy Mercury and even an acoustic guitar played by the one and only Bob Dylan in Madison Square Garden in 1974, there is a captivatingly powerful aura in the café that is only amplified by the exquisite, mouthwatering, quality American cuisine that has become a staple of Hard Rock Café.

One of the more recent additions to the Barcelona skyline is the Torre Agbar which is indeed a curiously eccentric sight to behold for the first time, being a building with its only resembling counterpart across to globe being the London Gherkin. Constructed to resemble a geyser bursting in to the air, and echoing the Montserrat mountain located near Barcelona is truly a quirky yet unmissable sight for anyone that visits the city, especially at night. The tower though only 38 stories tall, appears a soaring monument above the city of Barcelona with its celebratory color-scheme of blue and red that produces an awe-inspiring sight to behold.

Two of my personal favorite places to visit in the city are two of Barcelona’s clubs Razzmatazz and Sala Apolo, that seem to be keeping the music scene of the city alive, bringing in acts from across the globe to perform for legions of fans that will always come out to see them ranging from metal acts like Periphery, Veil of Maya and The Black Dahlia Murder to jazz trios such as The Aristocrats. Because of this there is no other place I would rather be in the city of Barcelona than these two clubs, never leaving without having made numerous friends who seem to share the same thirst for music that I have.

If there is one thing that keeps me coming back to Barcelona it is none other than these two clubs which have indeed provided me with a place where I can truly feel like myself often amongst a sea of like minded individuals.