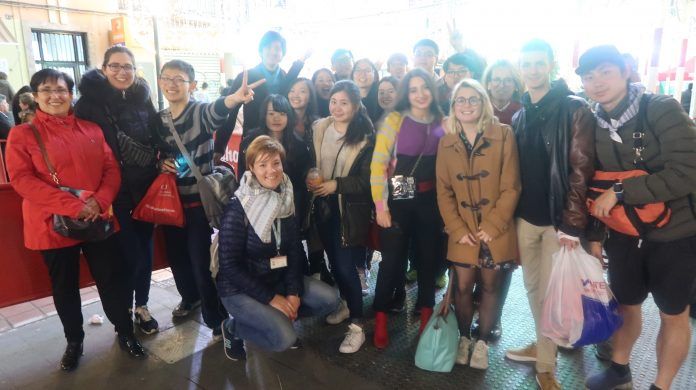 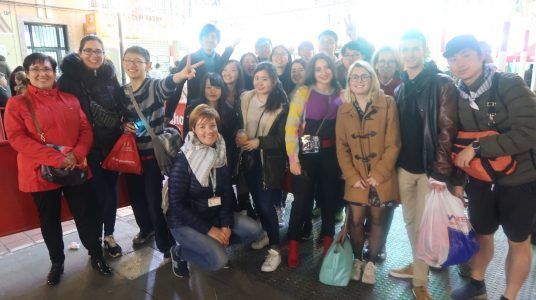 Last Thursday, the 15th of March, I came to the free event “Guided tour of the Fallas in the city center and discovery of the best illuminations of Ruzafa district” organized by Campus Life through the new platform in our student intranet. 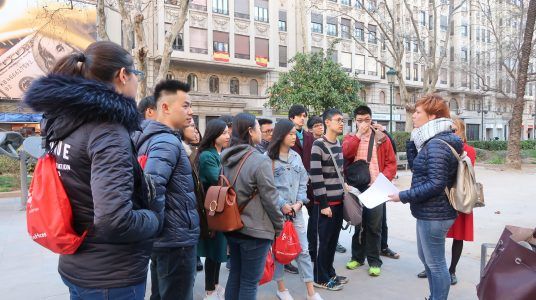 It was the first time that I had seen Valencia during the Fallas. The streets were full of people and of course full of joys and upheavals.

We met at the metro station “Angel Guimerà” just before nightfall. I was so excited and pleased to see that we were more than 25 students, from different countries and degrees, and that thanks to this event I had encountered new people from the CEU University. 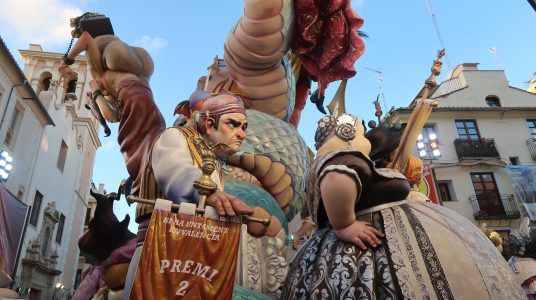 First, we made a ballad through the city to discover what the Fallas are.

The guide taught us that in every corner of the street is implanted a falla, made by several “ninots”. There are about 760 fallas scattered in Valencia. Some of them can reach 30 meters length. There is jury himself who votes for the winner. One of them made me laugh hardly.

Then, we walked in Ruzafa’s district streets to see the beautiful illuminations which are annually present. Indeed, one of the most beautiful shows of Fallas is undoubtedly the illumination of the streets. The guide explained to us that all in all more than one and half million bulbs light the city. The most spectacular are in the district of Ruzafa. The Sueca and Cuba streets quarrel every year the price of the most beautiful illuminated street.

I came back to my home with new friends and many stars in my eyes.

Thanks campus life to give me the opportunity to discover so many new things over The Fallas of Valencia.