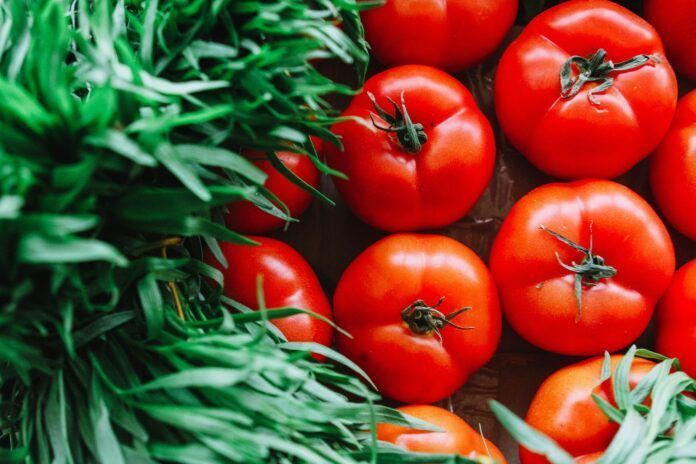 Worried that all the jamón and churros con chocolate you are now enjoying will eventually risk your health? No need to be scared, just start following the traditional Spanish diet! You see, Spanish cuisine is in fact an example of the Spanish diet which is often applauded as one of the healthiest diets. So even if the first thing that comes to your mind when thinking about Spanish cuisine is cured meats or sugary chocolate-dipped pastries, it is actually so much more.

Introducing you to the Mediterranean diet

Briefly explained, the Mediterranean diet consist of high consumption of olive oil, vegetables, fruits, legumes, and cereals (make them whole grain!). Fish and seafood are preferred over poultry and eggs, which are still enjoyed in moderation — as are dairy products (mainly cheese and yogurt) and red wine. Red meat is eaten only rarely, and highly processed foods, refined grains and oils, and added sugars are to be avoided completely. The diet is full of so-called good fats from olive oil, nuts, and fish, and rich in fiber as a result of the high consumption of vegetables, fruits, and whole grains. Due to these factors the diet reduces the risk of heart disease, high blood pressure, and diabetes — just a small part of its many researched benefits.

Spanish cuisine is part of the Mediterranean diet family, and when you look at what Spaniards traditionally eat, you will make the connection! In general, the Spanish diet is rich in olive oil which is used in cooking in great amounts. Fish and seafood from both the Mediterranean Sea and the Atlantic Ocean are enjoyed in many forms, and fresh produce is always available in the country. However, contrary to what the Mediterranean diet recommends, red meat, white bread, and sweet pastries do make a frequent appearance on a modern Spaniard’s plate.

When speaking about the Spanish cuisine it is also important to note that every region of the country has their own dishes and rich traditions — however, not all of them explicitly Mediterranean — of which they are very proud, and justly so. You will not get bored of eating in Spain, and so it’s good that the cuisine is built on generally healthy principles and ingredients.

If you want to eat healthy during your stay in Spain, but the call of the churros is too tempting, here are some tips on following a healthier Spanish diet:

Add more fresh and seasonal vegetables and fruits into your daily meals. Vegetables and legumes make tasty side dishes, or you can make your whole meal out of them. Try light veggie-based dishes like the Andalusian soups gazpacho and salmorejo, or more hearty vegetable and bean stews found in different regions of the country.

Choose anchovies, octopus, and other seafood options instead of the cured meats next time you go for tapas, or try the seafood variation of Valencian paella, for instance. The region of Galicia in the North-West of the country is especially known for its seafood: try, for example, pulpo a la gallega, octopus in the Galician way!

Whether it means replacing other oils and butter in your cooking, or just simply adding it on the top of your salad and toast. Simple to prepare, but still tasty, the Catalan pa amb tomàquet makes a good snack: rub fresh tomato on your toast, douse olive oil on top, and season with salt.

Have fruit, fresh or dried, and nuts for dessert. Indulging is not bad — after all, a glass of red wine a day is considered to be an essential part of the Mediterranean diet — but everything in moderation!

Tip #5 – Add some exercise to the formula

The Mediterranean diet is not only about the food, it is a way of life. And a part of the reason why the diet is applauded as healthy is actually the regular exercise that is part of the everyday life, and therefore also considered an important part of the diet. Joining a gym is not necessary, however: just take the stairs and choose walking or biking instead of the bus!

The most important thing is to eat with friends and family and to take your time to enjoy! The Mediterranean diet has been awarded UNESCO Intangible Cultural Heritage designation, not only for the traditions around food preparation, but also for how the food is enjoyed communally: the tradition of eating together is a cornerstone of the cultural identity in the region.

So grab your friends, prepare some traditional Spanish dishes together, and take your time to enjoy both the food and the company: that’s the key to eating healthy while in Spain.

Can we make Christmas more sustainable?

Reduce, reuse and recycle: How to become a “greener” student