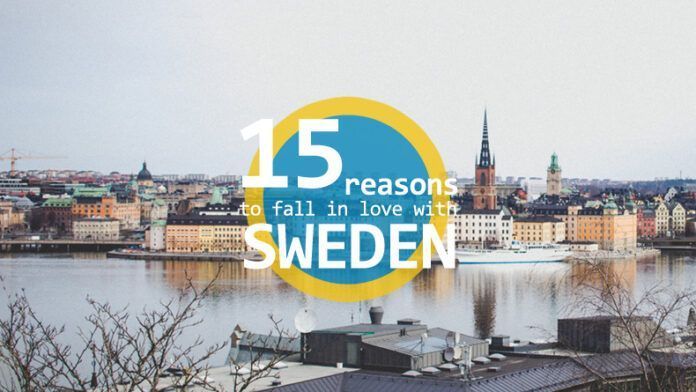 Have you ever visited any of the Scandinavian countries? Sweden is actually the largest one and with the most diverse population. Thanks to my classmate Zain I was able to learn a lot more about this very eco-friendly country. Environmental issues are extremely important in Sweden. It’s also known as one of the world’s most innovative countries.

You can thank Sweden for allowing you to connect worldwide via Skype and get jiggy with it using Spotify–another one of Sweden’s peachy inventions. Allow me to convince you to choose Sweden for your Erasmus+ experience with these 15 fun facts!