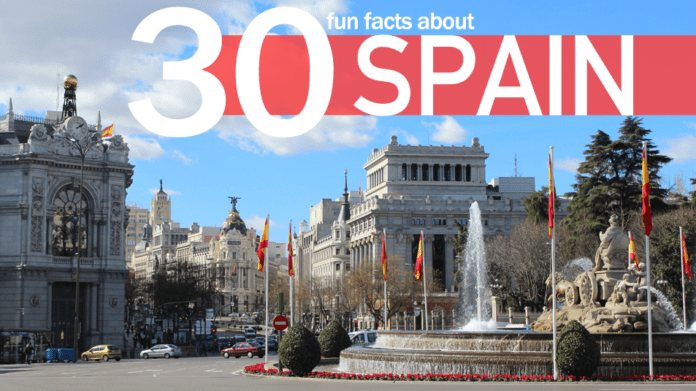 It’s always fun to learn a few nice, interesting, and random facts. Facts are actually a pretty cool way to start up a conversation and break the ice. When you think of Spain, I’m sure you probably instantly think of paella, Flamenco dancing, sangría, or bullfighting. Yes, those are all very typical in Spain but of course there’s a lot more to Spain than just that. Below you have 30 things about Spain that you probably didn’t know or imagine.