Home On fire My first Fallas: mesmerized by La Cremà

The final night of Fallas was absolutely unbelievable. Throughout my time Valencia I had never seen the streets busier before, there was almost no space to move in the Plaza del Ayuntamiento as it drew closer to 10pm when it was finally time to set the first Fallas ablaze for one final celebration during the festival in La Cremà. However there was much more to come; for the main event we all had to stand with our breaths held in until 1 am. 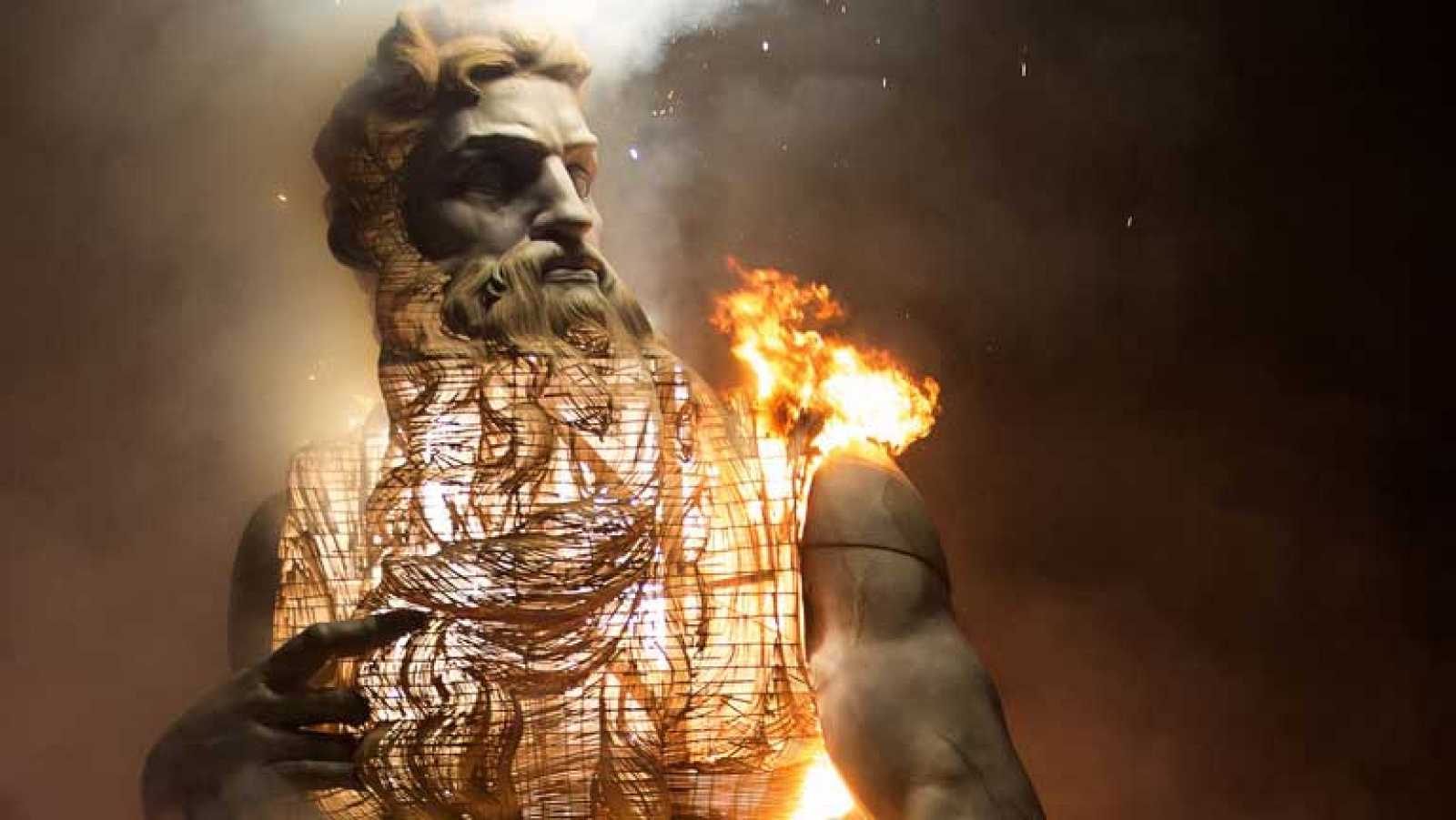 The burning of the first fallas and the first fireworks was welcomed by everyone in the crowd but we all knew that was not why all of us were there. Yet, people continued to cheer proudly as the sculptures crumbled and fell and many who could not control their excitement were climbing up walls!

The excitement was absolutely electric ,the anxious and jittery chatter of the crowd surrounded me on all sides, and I could not help but be taken up by it. Towards the end I could barely even stand straight because of the contagious impatience that flowed throughout the crowd as we restlessly waited for the main event.

On 19 March all of the sculptures in the city, both those in the large and the children’s categories, go up in flames.

The flames engulfed the statue almost too quickly and the instant barrage of fireworks and music empowered the moment even further and soon the flames had completely engulfed the Falla and scorched the air above. The skies had become a smoky red color and I felt completely hypnotized by the moment as the flames grew higher, the fireworks louder and the people more and more enthralled by everything around them.

When the flames finally died off and everything stopped, most of the people including myself were still standing all in awe of the moment, it was truly a spectacular and iconic moment for all of and most all of us were truly moved by what we had just witnessed.

It is moments like these that make me so glad that I chose Valencia as the city that I would study in. These events in the context of such a beautiful and vibrant city really make me feel like I could not have made a better choice for a place to study than Valencia. The people are truly alive and there is never a shortage of things to do. Fallas was an unforgettable experience, and I can not wait for it to come around again next year. I do not recommend that you miss it!

My first « Fallas » as an international student : Chills and emotions guaranteed !

With the Fallas week just around the corner, the International Relations...