With Valencia as your base, visiting the rest of Spain is easy. There is lots to see everywhere, and Valencia is well positioned on the coast with good connections inland, north, and south: even if you don’t have your own car, hopping on a bus or train is easy! If you are itching to see more of Spain, how about you take Barcelona as your first destination and make a weekend trip?

The Catalonian capital Barcelona is maybe best known for their football team FC Barcelona and the breathtaking architecture all around the city. Located on the Mediterranean coast about 350 km to the north of Valencia, it is a favourite among tourists and so the city is always bustling with life, no matter what season it is. And, even though the city is generally more expensive than Valencia, there are also affordable things to do and see in Barcelona.

Getting to Barcelona from Valencia is easy, and a popular way to cover the distance is either to take the train or the bus. There is a high speed train Euromed that operates between the two cities: this way you will make it to Barcelona in about 3 hours. You can also take the bus, which is the cheaper, but also the slower option: a bus trip to Barcelona from Valencia takes over 4 hours. And, if you decide to stay overnight, Barcelona has also lots of hostels that are a perfect option for a student’s budget.

If you are visiting Barcelona for the first time, here we have a few tips to help you with your travel itinerary!

The construction of the basilica La Sagrada Familia, Antoni Gaudí’s masterpiece, began in 1882 and is still famously under construction. Despite its unfinished state the basilica has been recognised as UNESCO World Heritage Site. If you want to see the interior of the basilica definitely worth it — we recommend reserving the tickets online prior to your visit so you can avoid the lines outside. We are hoping to see the basilica finally finished in 2026 for the centenary of Gaudí’s death!

Lined with luxurious shops and magnificent buildings, Passeig de Gràcia is one of the major avenues in Barcelona. Direct your steps here if you want to do some shopping and to admire the architecture of Gaudí’s Casa Milà and Casa Batllò — to mention just a few of the modernisme jewels of the avenue.

One of the newer areas of the city, the Olympic Port was built for the 1992 Summer Olympic Games held in Barcelona. Apart from offering sailing activities and a way to the beach, the area is well known for its nightlife, so consider visiting the Olympic Port for your night out in the city!

To discover the historic Barcelona, go for a walk in the Gothic Quarter in the Old City. Wander around in the labyrinthine little streets, check out the small design boutiques, and when you tire, stop for a bite and drink. 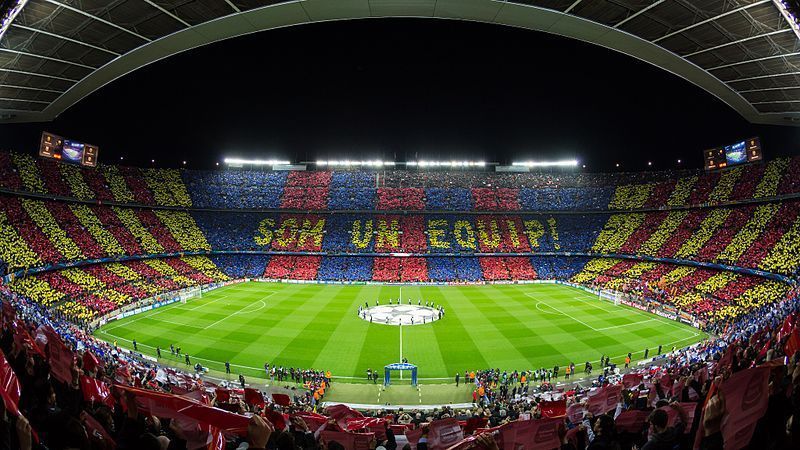 A must-see for all football lovers, Camp Nou is the home of FC Barcelona and the largest stadium in Europe. Come for a tour of the premises or to see a match — in any case it will be a great experience for any football fan.

If you are interested to see more of Spain, Barcelona is a good place to start. Book your train or bus tickets, a bed in a hostel, and start planning your adventure. Barcelona has a lot to offer, and you will leave the city hungry for more, so for sure it won’t be your only visit!

Cost of living in Valencia: Why Valencia is the perfect destination for your studies abroad

A guide to Valencian paella