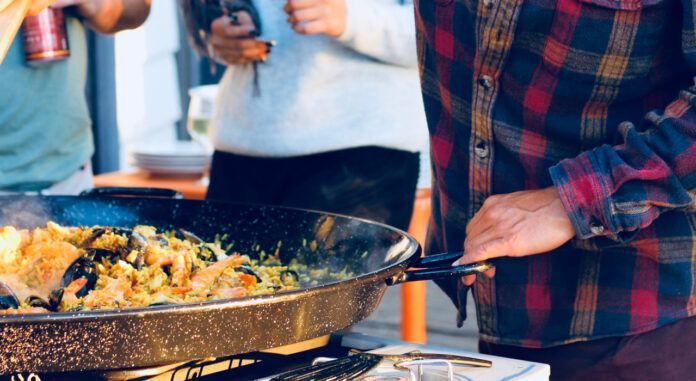 Did you know that paella, the traditional Spanish dish, was born here, in the Valencia region? There are several types of paella, which can be somehow confusing. That’s why we decided to recap what a true Valencian paella is!

Paella is probably the first thing that comes to your mind when talking about traditional Spanish dishes, and rightfully so! Along with gazpacho, tortilla de patatas or croquetas, paella is an internationally renown Spanish foods. And it’s quite understandable: it’s delicious.

What is interesting though is that in Spain, paella is sometimes more considered a Valencian dish more than Spanish. As paella is said to have been born in Valencia, it’s common to argue that the true paella is the Valencian paella, paella valenciana. How proud can we be to be studying and living in the region where paella was born? 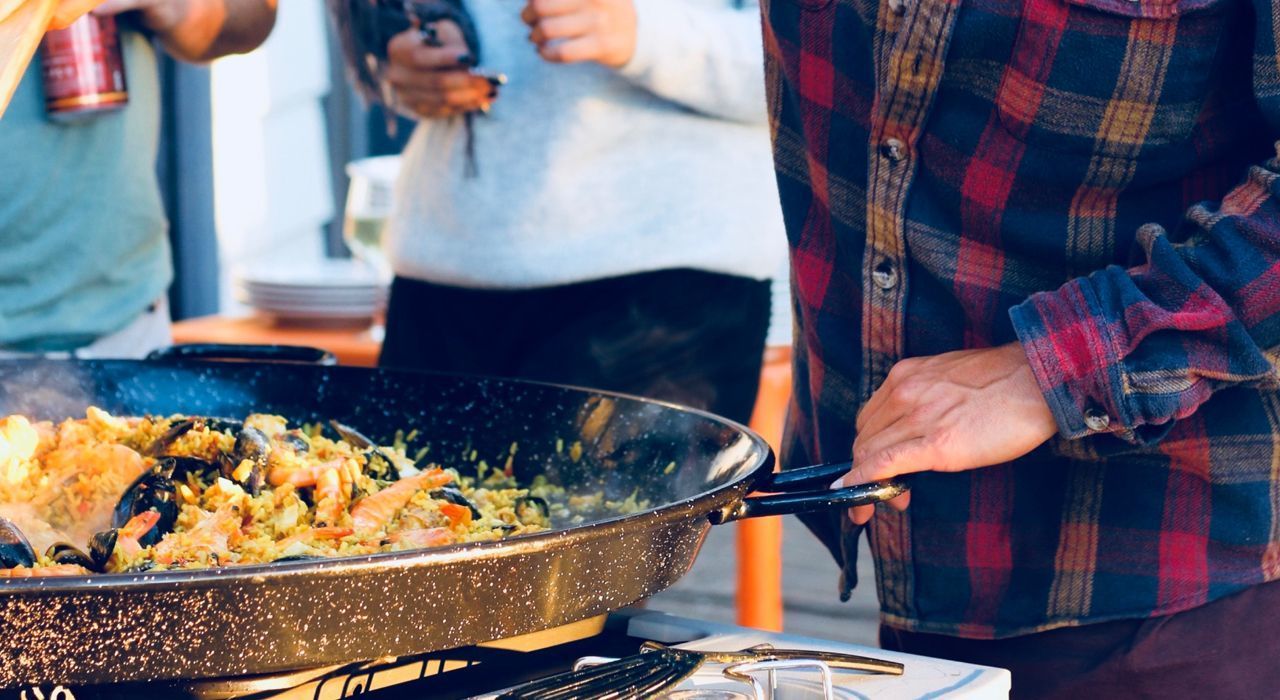 A dish to protect

Because of this pride for paella, you ought to be very careful with what you can or cannot call “paella”. Indeed, the dish is part of Spain’s national heritage so protecting the original recipe is important.

As a consequence, Spaniards take their paella extremely seriously and this has led to some “paella scandals” in the gastronomy world. Just like you don’t put cream in a carbonara, just like you don’t cut a croissant and put marmalade inside, you cannot put some chorizo in a paella. It is all about keeping what is part of a very long tradition.

What’s in a Valencian paella?

Anyway, let’s get down to business and see what a real paella is made of. I’m not Valencian, and I don’t want to write anything wrong, so the following information comes from Wikipaella, a non-profit association dedicated to protect paella as part of Spanish/Valencian culture (I told you paella was quite a serious matter here).

There are two recipes that are considered as “official” recipes for paellas: a meat paella, and a variation with seafood.

Where to eat the best paella?

I had been told to go to El Palmar, a village on the shores of Albufera lake, because it was paella’s birthplace. And I did not regret it. When I ate the meat paella in El Palmar, I knew it was the best one I had ever eaten, and probably the best I’ll ever eat. We cycled all the way there and went back with rounded bellies. We were 7 and didn’t manage to finish any of the two huge pans that were lying on the table. It hailed on our way back, for some reason. Considering how rare it is to have rain or hail in the Valencian region, I guess it was divine punishment for not having finished the best meal we’d been served since we’re here.

But if you want to eat a true paella and don’t want to go all the way to Albufera (it’s a nice place though, you should). One of these is La Pepica, a restaurant just by the beach, where the paella is also really good. The website displays a map with restaurants that abide by the rules of the original paella recipe. Some of them can even be found on other continents: that shows how international the Valencian paella truly is!

With all this information, why don’t you come to Valencia to taste what a real paella is?

Cost of living in Valencia: Why Valencia is the perfect destination for your studies abroad

Top reasons why studying in Spain can be interesting to Norwegians