Home Experiences Staging and acting at a Spanish class 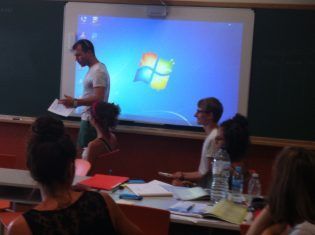 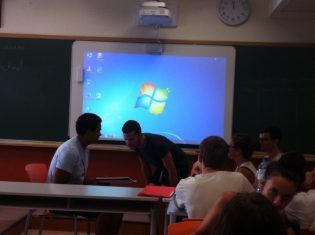 This summer an intensive summer course in Spanish for foreigners was held at the CEU UCH, which was aimed at prospective students of the degrees in Physiotherapy, Dentistry and Veterinary Medicine.

About eighty students from a variety of backgrounds attended the four-week course. In my class I chose, as an additional activity, to explore role-playing, within the context of new technologies and practical experimentation. You can see photos of the results below.

It was interesting to see that it really is true that “you are what you do“, as when you become more involved in your learning, you learn more. The students were put into groups of around four people, and they all had time to prepare their different roles they had to fulfill. The students performed their scenes on the Malvarrosa beach, where they also participated in other communicative activities.

I was impressed by several things: 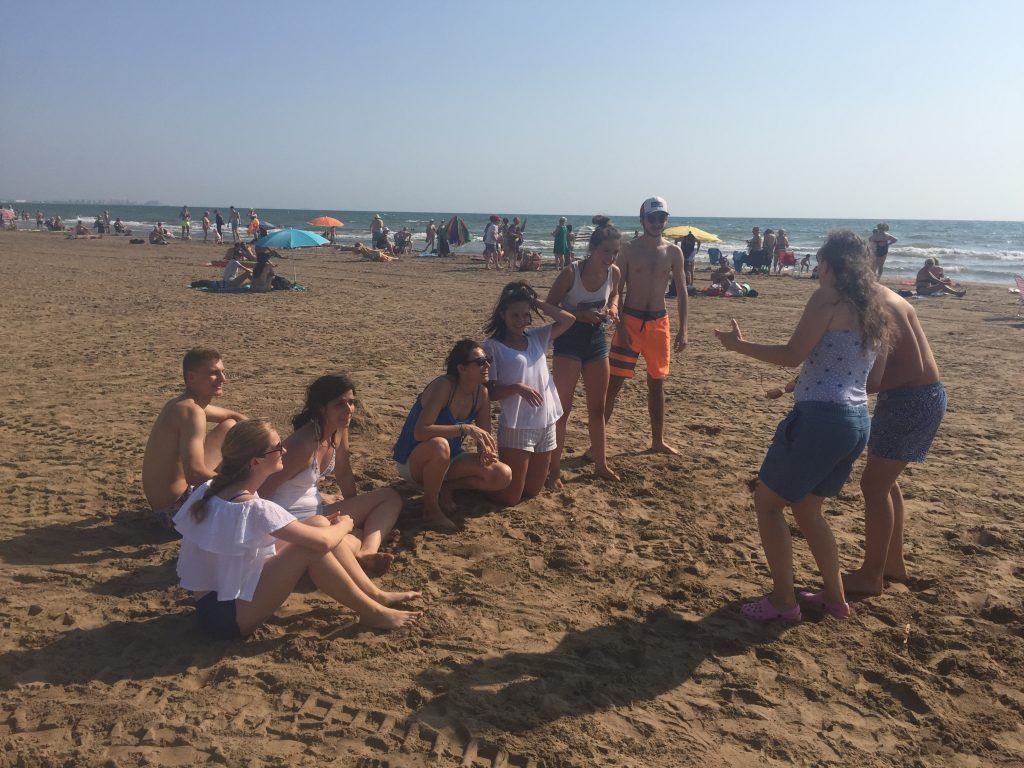 Two examples that particularly caught my attention were:

The students had to sell rat milk to the other students. One group did the following: a student read an advertisement while two gave a bottle to the protagonist, who sat on the floor, made gestures to accompany whatever the other student was reading: thanks to this product, his beard grew, his muscles became stronger, etc. “Drink rat milk!”

A scene from Titanic where Rose says goodbye to Jack, who dies. After setting up a kind of bed with chairs, the girl grabbed the hand of the guy who was on his knees and said to him: “Jack, I will never forget you”. Everyone was able to guess which movie it was.

Given how well this worked, I think acting and role-playing should be practiced more often in language courses. They get the students really involved, they don’t forget what they learn – and they have fun at the same time.

Noruego, noruegas, noruega: Ingrid Taranger on her present and future in Spanish