The University Language Service organised a group outing on the 11th March for our Spanish students, ERASMUS students of Spanish and students of international degrees. 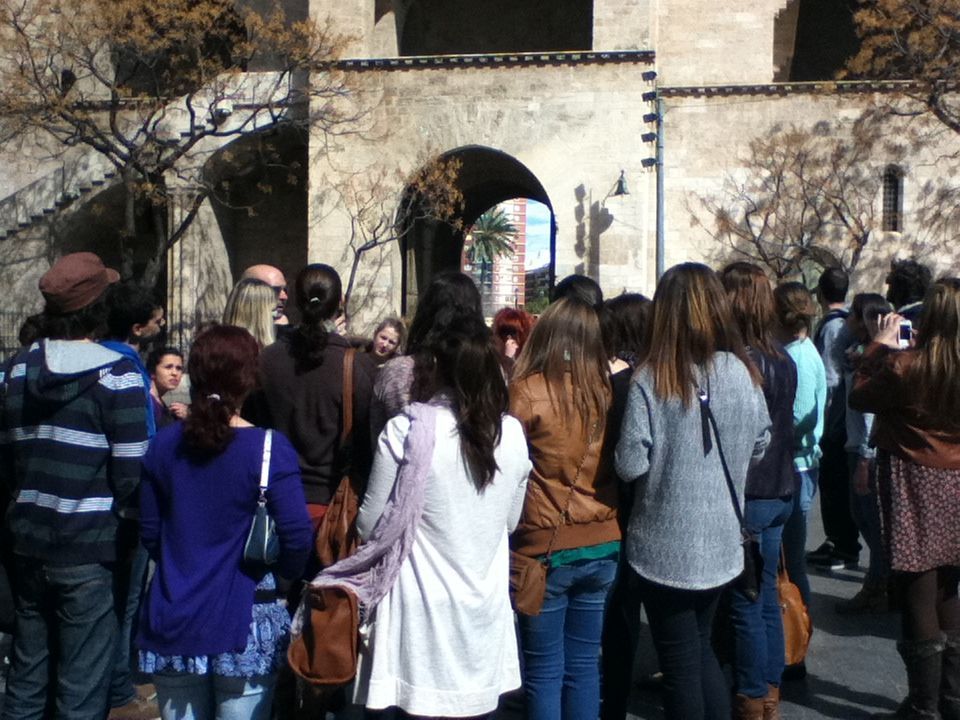 The excursion involved a walking tour of the old town in Valencia, which included a stop at the Quart towers, the Calle Caballeros, the Generalitat Palace, the Serranos towers, the courts, the Plaza de la Virgen, the Colomina Palace, the Almoina archaeology centre, the Cathedral, the Plaza Redonda and the Lonja fish market…among others!

During the tour, the students spoke in Spanish and English, and the explanations about the many monuments and buildings were made by our professors Matt Zugsay and Pilar Alonso, in English and Spanish respectively.

The group was composed of 20 international students and 15 Spanish students, and after the tour they attended the mascleta fireworks display at the Plaza del Ayuntamiento, which was a new experience for many of them.