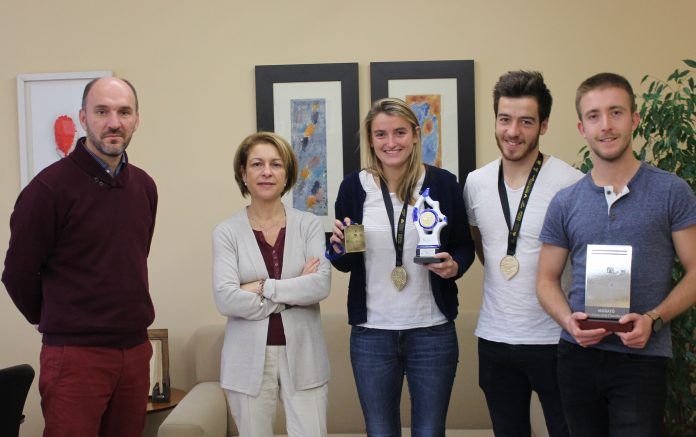 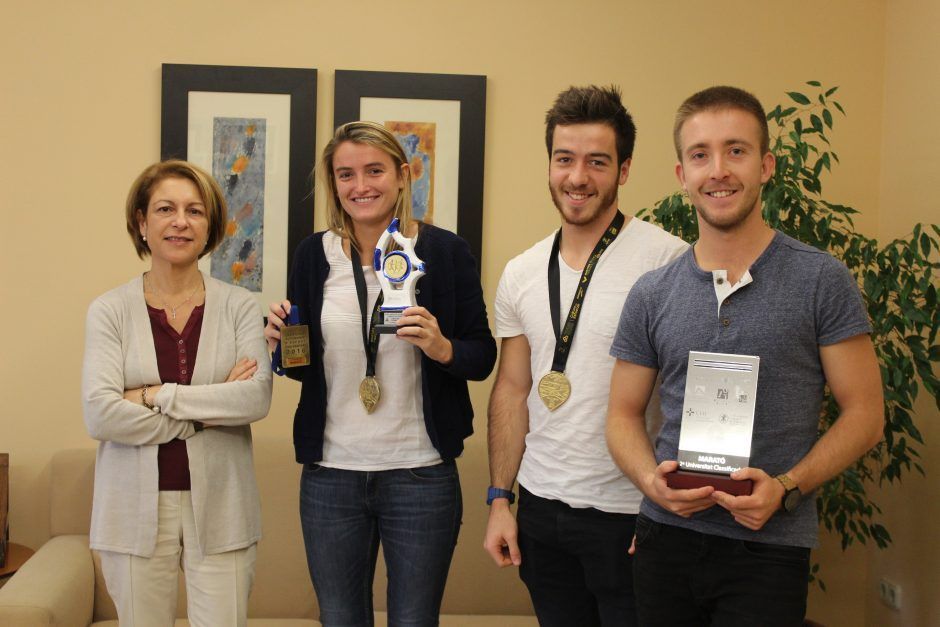 Having competed in the Trinidad Alfonso Valencia Marathon 2016 a few weeks ago, Ms. Rosa Visiedo, the rector of CEU Cardenal Herrera University received the students who were involved in the Autonomous University Sports Championship of the Valencian Community Marathon. 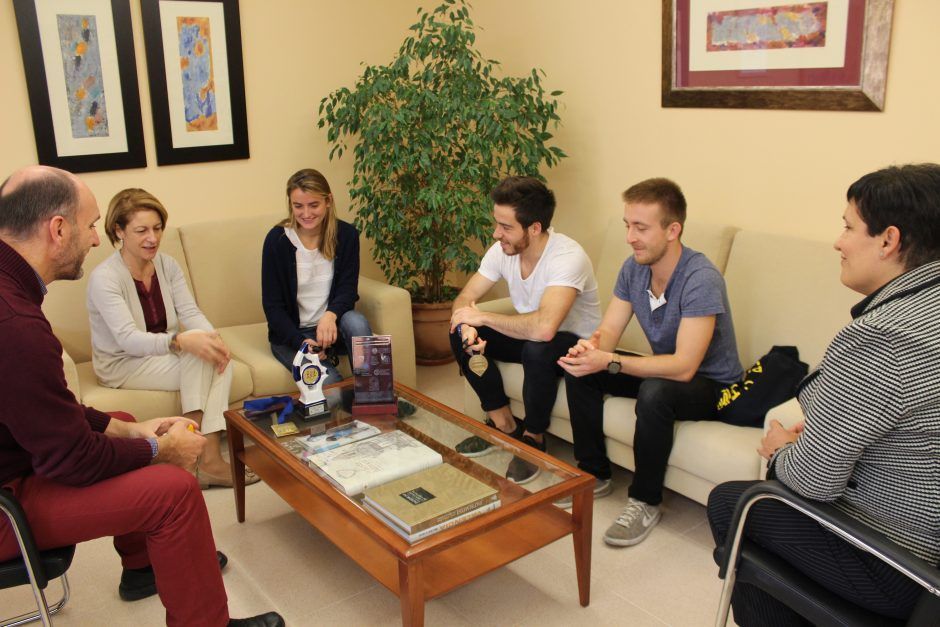 At the reception of Ms. Rosa Visiedo, the runners offered their trophies and medals to both the rector and the Vice-Rector of Students, José González. The students gave their remarks about their thrive to add more trophies in this academic year, in different university competitions such as athletics, field sports and other competitive sports.

For our Sport Service at UCH CEU, it is absolutely fantastic that our students succeeded in the first university competition of the 2016-17 academic year. We only wish it to be the first of many to come.

We want to highlight Eugenie Maillard within the UCH CEU team that participated in the CADU Marathon 2016-17, our French student who is currently studying Physical Therapy. Miss Eugenie Maillard completed the race in 03:32:23 as the first female student of the Autonomous University of Marathon and Champion in the Under-23 of the university group.

We also want to thank the rest of the UCH CEU students who represented our university in this competition. Their incredible involvement in helping and accompanying (so important in a marathon) our champions in the difficult kilometres does not go by unnoticed.

The CEU Cardenal Herrera University runners who were also part of the CEURunners Club are: