As a first year student spending his first year in Europe the spectacular festival of Fallas appeared completely out of the blue for me, and led me to completely fall in love with Valencia. The streets are dripping with music, color and life and it has definitely been a rejuvenating experience that has made me so glad that I did not go back home for the holidays.

The festival has been absolutely immense, through the enormous displays of fireworks known as the Mascletà that happened throughout the festival along with the numerous amounts of parades and other events that have been an absolute joy to experience. 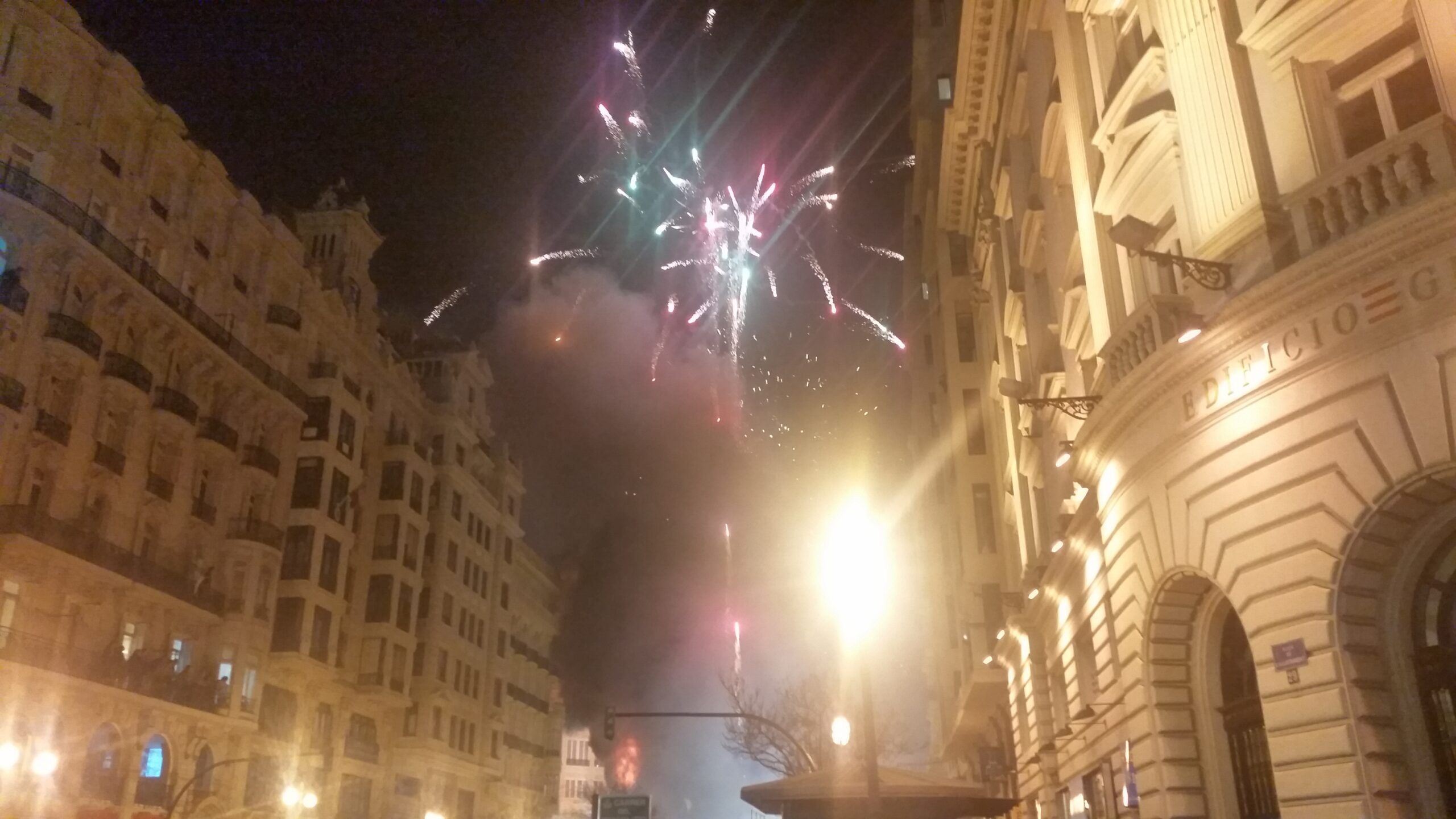 The most visually striking and (in my opinion) beautiful part of the festival are the “Fallas” themselves. These are often large sculptures that can be found throughout the city that are indeed and incredible display of craftsmanship and artistry that are often coupled with several kinds of humor, parodies and political statements. The word Fallas translates to the word “Torches” in English which is why these statues on the 19th of March are set ablaze as the city of Valencia goes on the next cycle for the next upcoming Fallas during La Cremà. 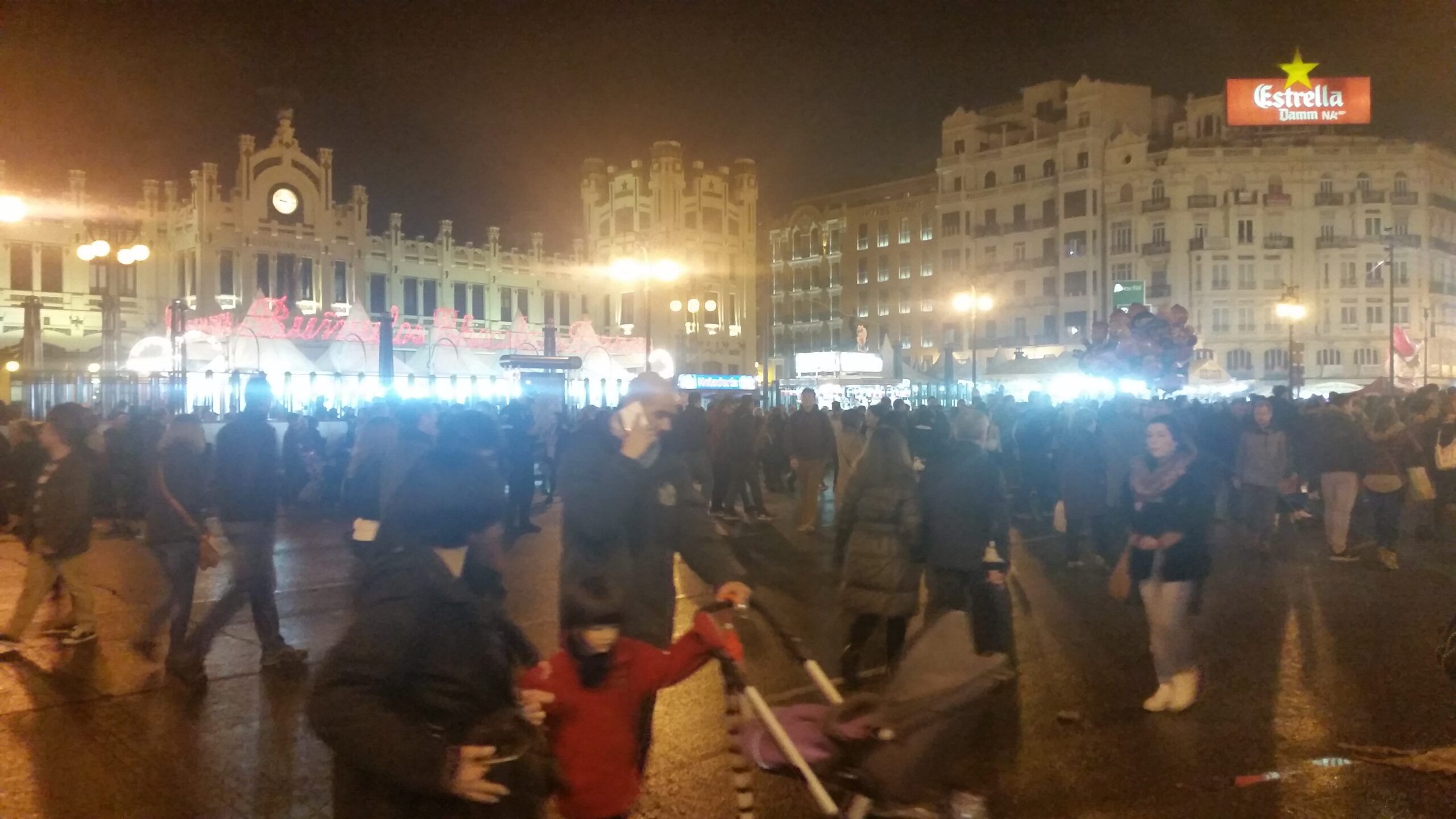 The Mascletàs have been some of the most incredible displays of fireworks while also being the most jarring part of the experience as I have never experienced fireworks at such close proximity before. As I looked around me I could see that the more experienced members of the crowd had all begun to muffle their ears during my first run in with a Mascletà , leading me to use my headphones as a ear muffle and for good reason. The sheer power of the sounds of the fireworks (that kept growing as time went on) made it difficult for me to even hear the music that was coming through my own headphones, I absolutely loved it!

On the other hand the fireworks were also visually stunning and wonderful. The fact that they happen everyday is almost unbelievable when you begin to think about the effort that goes in to creating these breathtaking displays, the impact of which could really be felt in retrospect once the skies were filled with smoke making it almost impossible to see a few meters ahead of you once the firework display had been completed.

One of the other great features of Fallas are the numerous food stands littered throughout the city offering everything from the traditional Valencian Paella to uncountable flavors of churros and tasty beverages that have been very hard to resist. 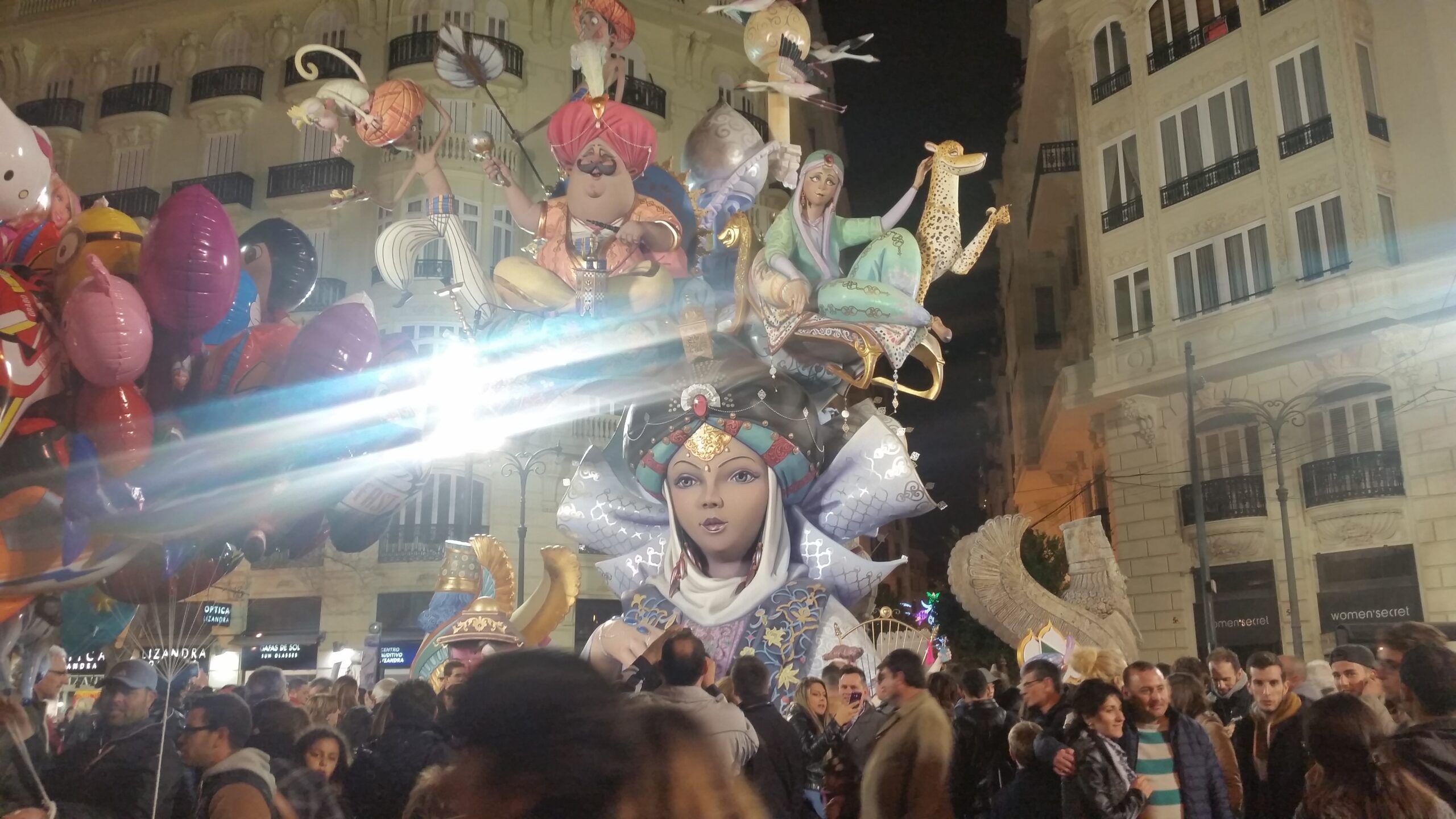 The city truly came alive this Fallas and was personally an unmatched experience to have been a part of and it is definitely not a surprise the amount of people that the festival draws in from all over Spain and even Europe. What makes it so special is that it happens yearly and if you happened to miss it this year or are a first year student coming in to Valencia for the first time I really recommend that you attend the festival the next time it comes around!

Stay tuned for my following article about the climax of fallas otherwise known as La Cremà or “the burning” that happened on the 19th of March and was indeed the culmination of everything that has come before it this Fallas in one extraordinary moment. Until then enjoy the gallery of images taken during Fallas below…