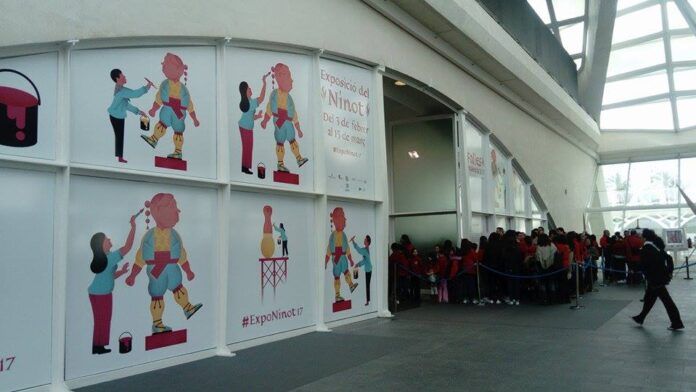 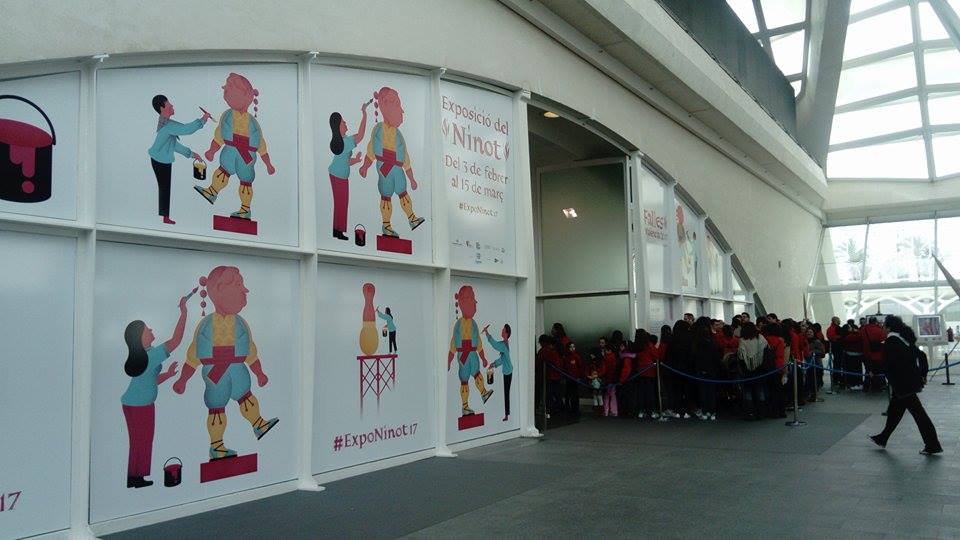 This is my first year in the university, and it is going to be the first Fallas as well. You have probably heard about the festival from the beginning of the school year because it is the biggest one in Valencia. As March is approaching, everyone keeps remind me about it. The actual act will begin with the firework (Mascletà) at the main square. However, from the February 3th, the exhibition of Ninots – Fallas’ figures represented by all artists around Valencia, has started. It takes place at the Museum of Science Príncipe Felipe in the City of Arts and Sciences. Continuing with the success of previous years, the organisers hope to welcome more than 80.000 visitors to see more than 700 Ninots from two categories: children and adults.

Different highlights of the year will be represented through the Ninots by the most peculiar, critical and satirical way. This year it is even more special as the festival of the Fallas is on the Representative List of Intangible Heritage of Humanity. Therefore, you will easily spot this type of Ninot. Others can be about politics, economics, sports, culture, celebrities and many themes related to daily life, both domestic and international. I recall that they are made of combustible materials such as cardboard, wood or polyurethane (material that is nowadays being used due to environment friendliness) and will be burnt on the last night of the festival, in the celebration of San José.

Wait, but not all of them! One child and one adult figure are saved from burning (or deserve pardon of the fire) by the vox populi (popular vote). Therefore, after you have seen my collection of Ninots, do not hesitate on going there and give a vote for your favourite one!!!

The figures for children can vary from the most simple ones, meaning having no critical or sarcasm at all, such as the first 4 showing below. This is mostly dedicated to small visitors.

Then there are some that represented more meaningful idea like children surrounded by social media, fast food and other daily situations.

Let’s me remind you about the main events had happened in the world during 2016:

The Exhibition open to the public from February 4th to March 15th, 2017:

My favourite Ninots are the sport ones. It was a great year for Cristiano Ronaldo when Portugal won Euro 2016 and he got his 4th Ballon d’Or; meanwhile, Messi has struggled with the so-called “Panama Papers”.

Similarly, this season was not so smooth for Valencia FC. The finance crisis has been backed by the wealthy owner Peter Lim and the recent matches have shown that the team was not at their best from the Lim’s reign. We hope that they will play well this year so we have the chance to see Champions League in Valencia.

I think it is an interesting tradition and it can be a nice activity to do in case you haven’t got a plan on Sunday. You are also welcome to comment and share to us your favourite Ninots below!