Home On fire Enjoy the fireworks during Las Fallas

From the University UCH-CEU, we want to accompany all the students who live outside of Valencia centre, to thoroughly live and enjoy the Fallas from within. This is why we have organised several activities where we will learn and understand about the people its culture during Las Fallas. 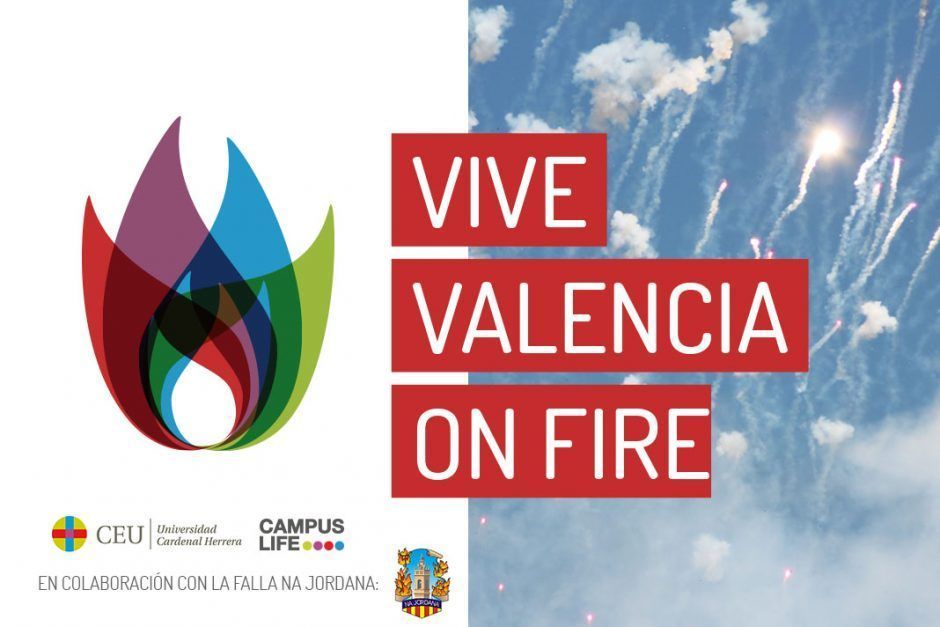 The first activity will be making a paella on Saturday 11th of March at 12h with the Fallas of Na Jordana, regarded as one of the most important fallas in Valencia for many years. Here you will feast on the most distinguished dish of paella in all of Spain and spend a day among falleros, members of the Fallas committee. In addition, you will meet people of the Na Jordana Fallas, including the Falleras Mayores and you will see a typical day of a fallero couple.

On Monday the 13th of March at 9:30 p.m. we will take a bus tour of the city’s most illuminated streets and major fallas. We will see the autumn atmosphere in the neighbourhoods of Valencia and enjoy the music, firecrackers and chocolate with churros, the most traditional activities of these holidays.

The activity is FREE but you must confirm the attendance as places are limited. For the exercise of the activity you only have to send an email to campuslife@uchceu.es before March 10th. So what are you waiting for, confirm!