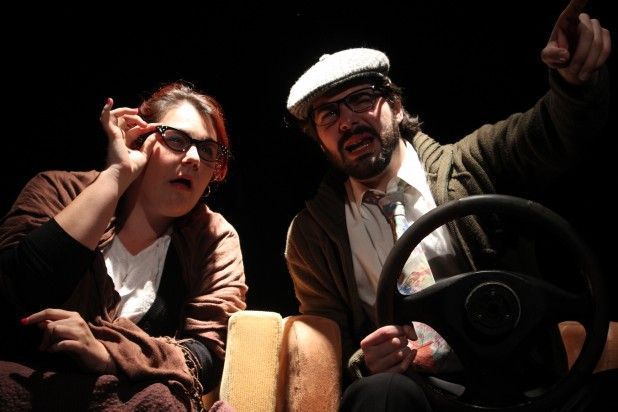 On the night of the anniversay, CEU theatre premiered their latest work “Ingrahabitantes” and “In dreams”. The Carolina Hall which usually holds these events exceeded its capacity with a large audience, among which were the PayaSOSpital, this time the charitable campaign was pleasing to the organization. The event was also attended by the Vice Rector of Students and University of CEU Cardenal Herrera, Dª MªJosé González, as well as other professors of the university, students, families and the general public.

“Ingrahabitantes” was represented by a cast of professors of the university. “En-sueños” (In-Dreams) was performed by students. Both acting bodies were convincing with great dominion on the stage. The responsibility of staging was given to Alfredo Frandín and once again, CEU Theatre created an imaginary universe with cinematic effects. In addition, the audience also received a musical treat.
CEU Theatre thanked the actors, collaborators, audience and anyone who was involved in realizing this dream.
CEU Theatre thanked Carolina Theatre Hall for providing the space for this production and to Javier and Lidia, its creators, for welcoming them with love, involvement and commitment.
CEU Theatre thanked the Vice Rector of Student and University Affairs for her support to further develop this extracurricular activity.