Home Life at the Hub The Thrill of the Throne 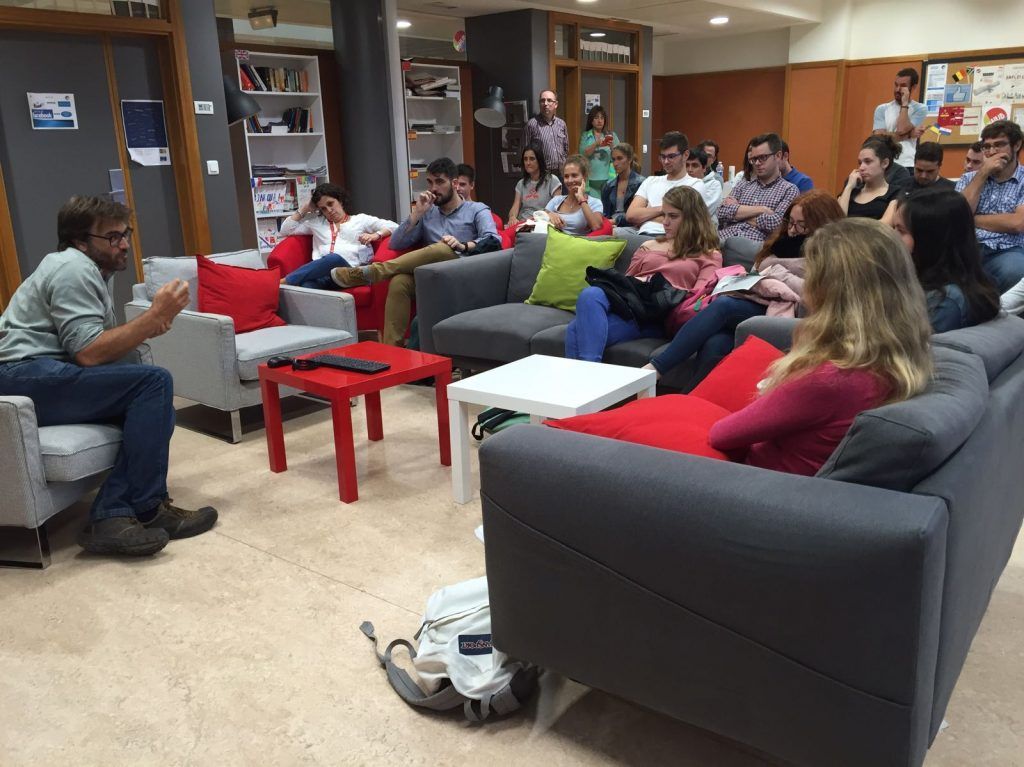 The Professor of Anthropology and Philosophy Enrique Anrubia, from the Department of Humanities, wanted to show how the successful TV series Game of Thrones can be intrepreted in an entertaining and interesting way through the classics of Western culture. Indeed, he also pointed out that having a sound basis of knowledge on this area will allow for new points of view, unseen by those who do not know about classical culture.

As we know, Game of Thrones has as its main reference the constant political struggle between different kingdoms and the question of who will govern them, all this surrounded by the concepts of ​​incest and violence in the background. Professor Anrubia explained that this idea is not new and that the Greeks already glimpsed it with the famous tragedy of Oedipus Rex, by Sophocles, or Antigone as a confrontation with the sovereign power.

Through videos of humor and scenes from the series, Anrubia showed that, in spite of all that, there is a great difference between the series and classical sources: while for the Greeks incest is the main cause for the destruction of politics and culture, in the popular series violence and incest are the very basis on which politics and realms are built, especially the Iron Throne.

This doesn’t make Game of Thrones the opposite to the classical culture, but rather the reverse side of the coin. During the talk, topics such as religion, culture, violence, wars and fate came up, a common ground for both the characters of the series and those of the Greek tragedies. Besides, Anrubia, based on the Greek destiny, ventured to predict the grand finale for the eight -and last- season of the series.

Who will end up on the Throne?

This question has raised an interesting debate among the public, and the discussion wasn’t just about the series, but something better: combining classical culture with what we watch on television.