A visit to different media organisations in Madrid has allowed third and fourth year Journalism students at University CEU Cardenal Herrera to see how things work and what equipment they work with at Antena 3,  La Cadena Ser, Unidad Editorial and COPE, among others.

The visit to the facilities at Unidad Editorial brought the students closer to the production processes at Marca, Expansión, El Mundo and Telva.

On the other hand, being in the audience of the evening program La Ventana, at La Cadena Ser, allowed the students to see how Carles Francino and his team members carry out their work. The programme included an interview with and live performance from El Kanka.

The trip concluded with students being in the studio audience of Tiempo de Juego at COPE. 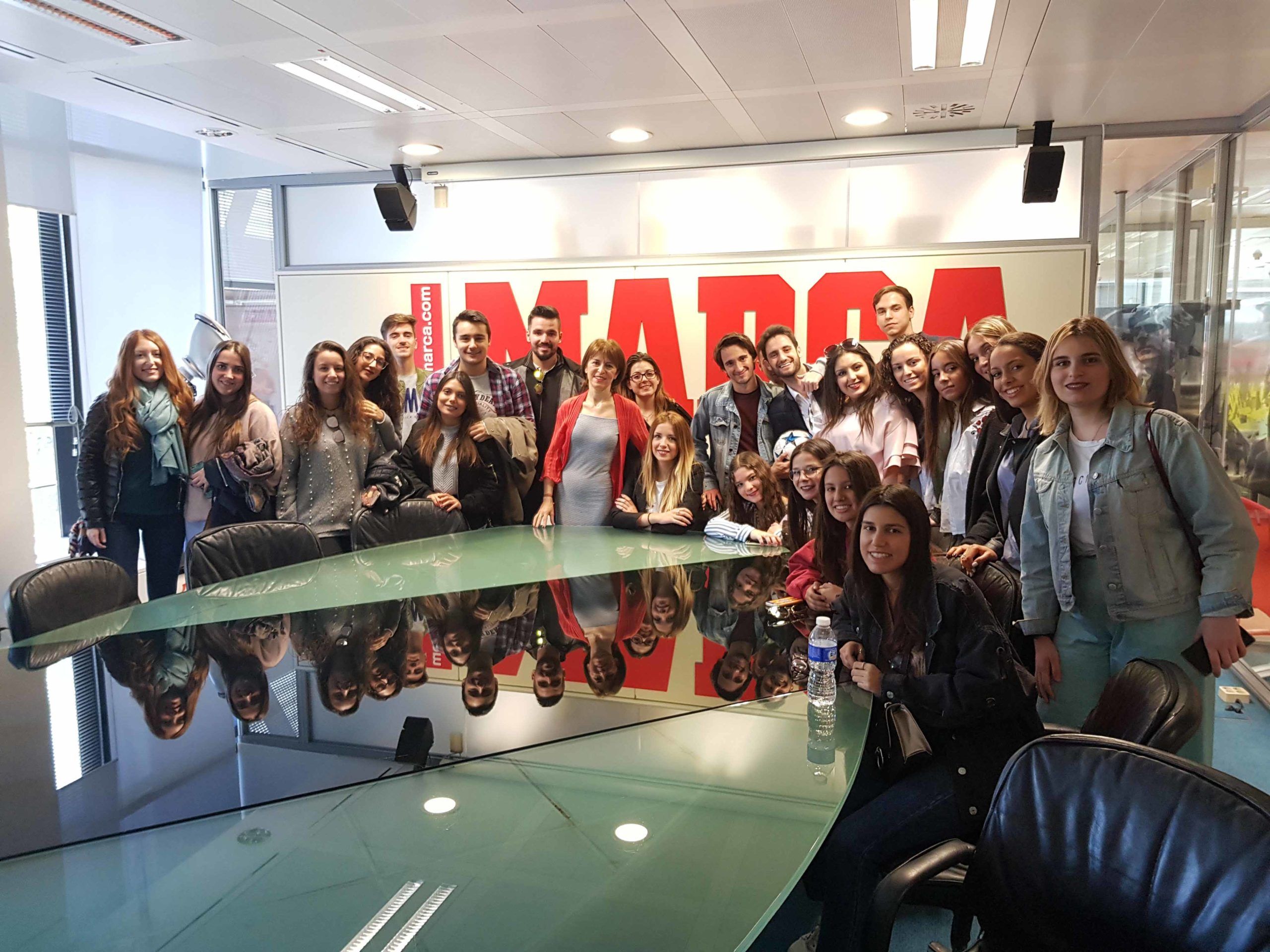 It is not the first time the Department of Journalism has organised an educational trip to Madrid for its degree students. The initiative has been consistently developed each year and has always had a very good reception among students.

Passionate about Journalism and sports? Specialise in sports communication!