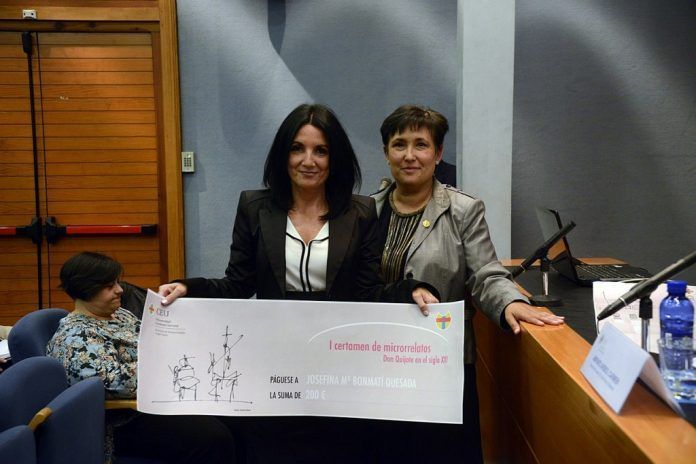 The micro-narrative entitled “The Giants are still there”, written by Josefina María Bonmatí Quesada, library assistant, from the CRAI Library of the CEU Cardenal Herrera University at the headquarters of Elche (Alicante), was the winner of the 1st Microrrelates Contest: Don Quijote in the 21st century, organized by CEU Cardenal Herrera University together with the Institute of Humanities Ángel Ayala on the occasion of commemorating the IV Centenary of the death of Miguel de Cervantes.

The award ceremony took place in the Colomina Palace (Valencia), on May 3, 2016.

The writer Sebastián Roa offers a workshop about historical novel