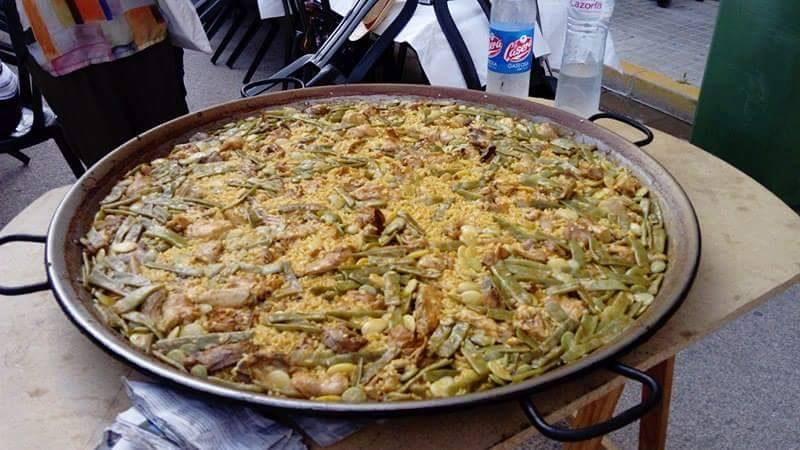 As a first-year international student in Valencia, I am going to spend no less than 5 years in this stunning city. If you know Malvarrosa beach, Bioparc, the typical paella Valenciana or the City of Arts and Sciences, you have reached Valencia from the outside; but every city has its beauty from things that only the locals know. Therefore, I definitely want to get a deeper knowledge about Valencia as well as the Valencian people and bring you some interesting facts you may have not heard before.

The symbols of Valencia

An antique shopkeeper Pilar in Moncada told me about some symbols that represented Valencia. First of all, Senyera Coronada is the name given to the Valencian flag: on the left the vertical line is blue, and the horizontal lines are red and yellow alternatively.

Another curiosity concerns football: some Valencians will not watch a football match if they do not see either Valencia CF or Levante UD shield on the TV screen. Both shields have a bat (Rat Penat). The tales about it are diverse, but the most common one tells that during the reign of Jaume I, the Moors tried to assassinate the King making a foray into his camp at night. Apparently, they bothered a bat that flew by and entered the King’s tent waking him up and interrupting the mission. Hence, as a sign of gratitude, the bat is now portrayed on the Valencian shield, and similarly on the shields of the city’s football teams.

Speaking of sports, it is just not football, basketball, or Formula 1 competition. I want to introduce you to la pilota Valenciana, or triquet, a traditional game which an old man suggests me to try out when I have a conversation with him about how to get through a boring Sunday.

Before the sport was played only by men; and imagine playing tennis without the racket, with a smaller ball, and the street as your field. There are from one to three men on each team. The system of counting point is similar to tennis: 15, 30, VAL, JOC. The ball (la baqueta) is made of animal skin, and as it is handmade the price is really high. In addition, when thrown the ball has a great velocity so the “piloters” have to put protective materials on their hands an hour before the game starts. Nowadays you can try this game at the historic Triquet of Pelayo. Another place very close to our university is The City of Pilota in Moncada.

What makes a Valencian?

People that are originally from Valencia will show some common aspects:

What do young people know about their city?

I went to the library and met some youngsters aged 14 to 16 and asked them to write down the very first famous person that came to their mind, no matter what field the person was in. The result, in my opinion, is quite interesting. The first thing I thought when I heard them saying the names of these people was that they sounded like the names of metro stations, buildings, and streets in Valencia — that is why it is worth taking a look at how these people are well known among the population.

The architect that designed the City of Arts and Sciences: Santiago Calatrava.

The singer: Nino Bravo. Many Valencians from different generations know him. Try listening to the songs “Mi Tierra” and “Libre”.

The writer: Àngel Guimerà, and Joanot Martorell whose book Tirant lo Blanch is very famous and tells the story of a knight in searching for glory.

The poets: Vicent Andrés Estellés, Ausiàs March. Both have a collection of poems.

The painter: Joaquín Sorolla. He is able to transmit fully the beauty of the sun in his drawings. You can find his works around the streets and museums of Valencia.

Try to hear the two songs of Nino Bravo to understand why the people like him.

The role of the festivals are crucial for the Valencians.

They say that every excuse is a good reason to celebrate. I know that the Spanish are very religious (at least most national holidays are due to that fact) so it is useful knowing that each village in Valencia has their own patroness, for example, La Virgen de los Desamparados (or Geperudeta). This also explains the origin of many common names and surnames. As an example, I have here the name Amparo, because the meaning of the verb amparar in Spanish is to protect, to defend.

Las Fallas is the most popular festival, but the Valencians also tell me about other festivals with unique traditions, such as:

Last but not least, I wanted to know where would a Valencian go to eat paella if it is not in the city centre. Even though El Palmar, La Albufera, and the restaurant “La Más Bonita” in Patacona are the most frequent answers, all of them said that the best paella is the one they eat at home on Sunday when the whole family has gathered together.

The key to understanding a culture is to not hesitate about interacting and socialising with local people. Hopefully, I have given you a broader view of Valencia and it will help you enjoy your time living here.