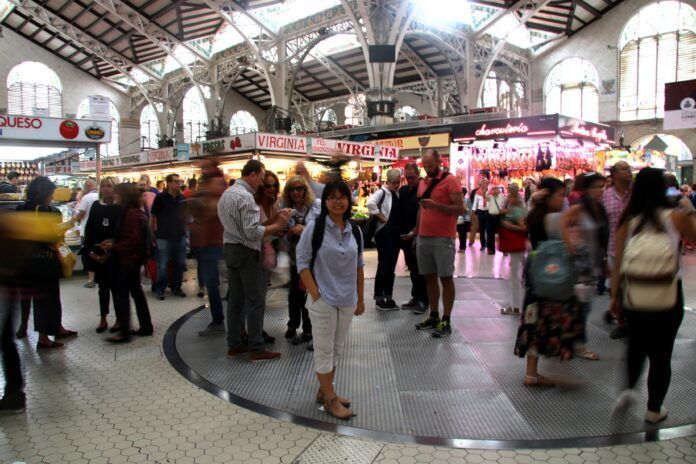 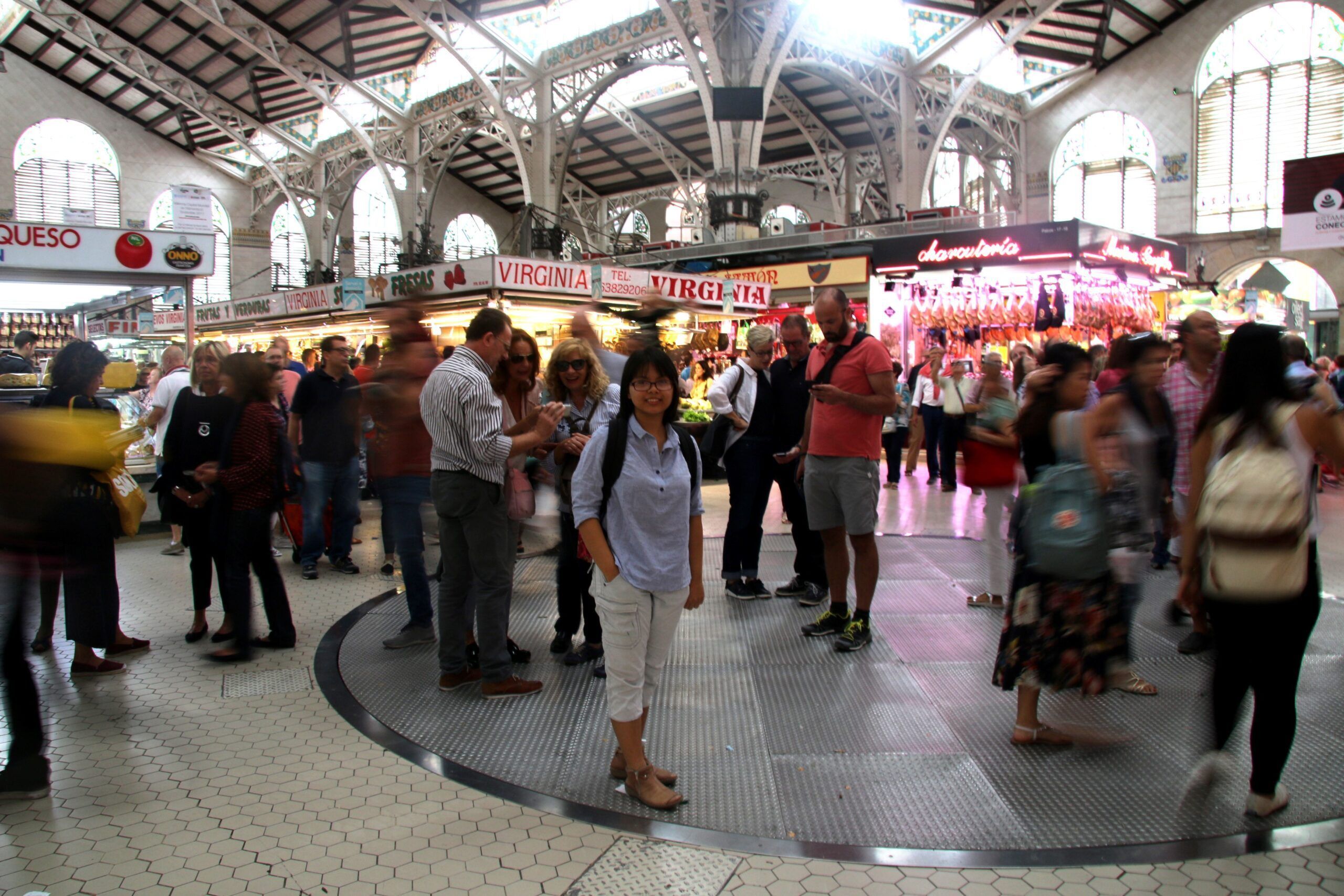 Every city has some ancient buildings that are being conserved through centuries and are very attractive to both domestics and international visitors. In particular, there are several markets have existed for many years, witnessed the transformation of the city through many historical periods. In Valencia, we have the Central Market, which is not only a place to trade but also contains cultural features can not fade by time.

A bit of the history and the design…

In 1839, the New Market (El Mercado Nuevo), former name of Central Market, had been inaugurated. It was an uncovered zone until the Mayor announced a design competition for the market. Today’s building was from the sketch of the architects Alejandro Soler March and Francisco Guardia Vial from 1928.

One of the most guided tours in Valencia is about the Central Market because of its spectacular characters. This one-floor building makes you focus on its highest dome (30 meters) of iron, glass and ceramics; above it are the weather vanes: one of the parrot and the one of the fish, are integrated into a scenic landscape of chapels and bell towers surrounded the centre of Valencia. There are composed by almost 1000 stands, divided into the many product categories.

Curiosity of an Asian student

It is trivial that Jamón (those swine legs that hanged along in a meat stand) is unique to Spain, even I still struggling in differentiate which type is the best. Among the huge variety of products, I have spotted 5 of these that it’s not very common in our culture.

In my country, I have never seen a shop that sells only nuts, because if it exists, it’s going to be the last place that a customer will think of. Even recently, people consider nuts as healthy snacks, it should be in vacuum- I guess because of the climate condition.

Peanuts, walnuts, dry fruits formed one complementary to your pint of beer, but so does ‘los pimientos de salmuera‘. It is one of the Valencian stimulating appetizer dishes, consists of dipping the green pepper into a brine solution; also works with tomatoes and red pepper. It is salty but recompensates well to bread and tapas.

I know pumpkin cakes and soup, but roasted pumpkin for dessert, have never heard of it. In addition, it was popular amongst the local people; especially from now until the end of winter season. I will try after writing this blog, but I bet it will taste sweet as most other desserts.

Talking about the vegetables, many of them cannot grow in Asian land but do in European and vice versa; that’s why trade is made of. Seems like in my country radishes are not welcomed, as we don’t even need them for salads. By the way, you will find in Asian countries vegetables that can be cooked, because we think they are safer to eat (due to the environment).

3. Cured cheese for sure it’s a new concept to Asian people, and some of us cannot stand the smell of it. Nevertheless, it’s a fundamental ingredient which contains a lot of essential nutrients such as protein, calcium, zinc, and vitamin B12 should work to improve health and prevent diseases.

Apparently, this crustacean catches my attention. It is only appeared along the Western coast of Europe and in the Mediterranea. The special feature of this seafood is that it sticks to the sea rocks and remains immobile for its whole lifetime. In the Central Market, there is cooked goose barnacles, and you can eat it by removing the nail and the covered skin.

The products of the market are famous of it origin, meaning that the Valencian people cultivate their own rice for paella Valenciana. If you are living here, you should have taken a day tour to Albufera, to see the rice orchard and the sunset. The complete dish is represented in a pan called paellera and it has become a common souvenir present.

Have you been to the Central Market? which is your impression of it? Share to us!!!