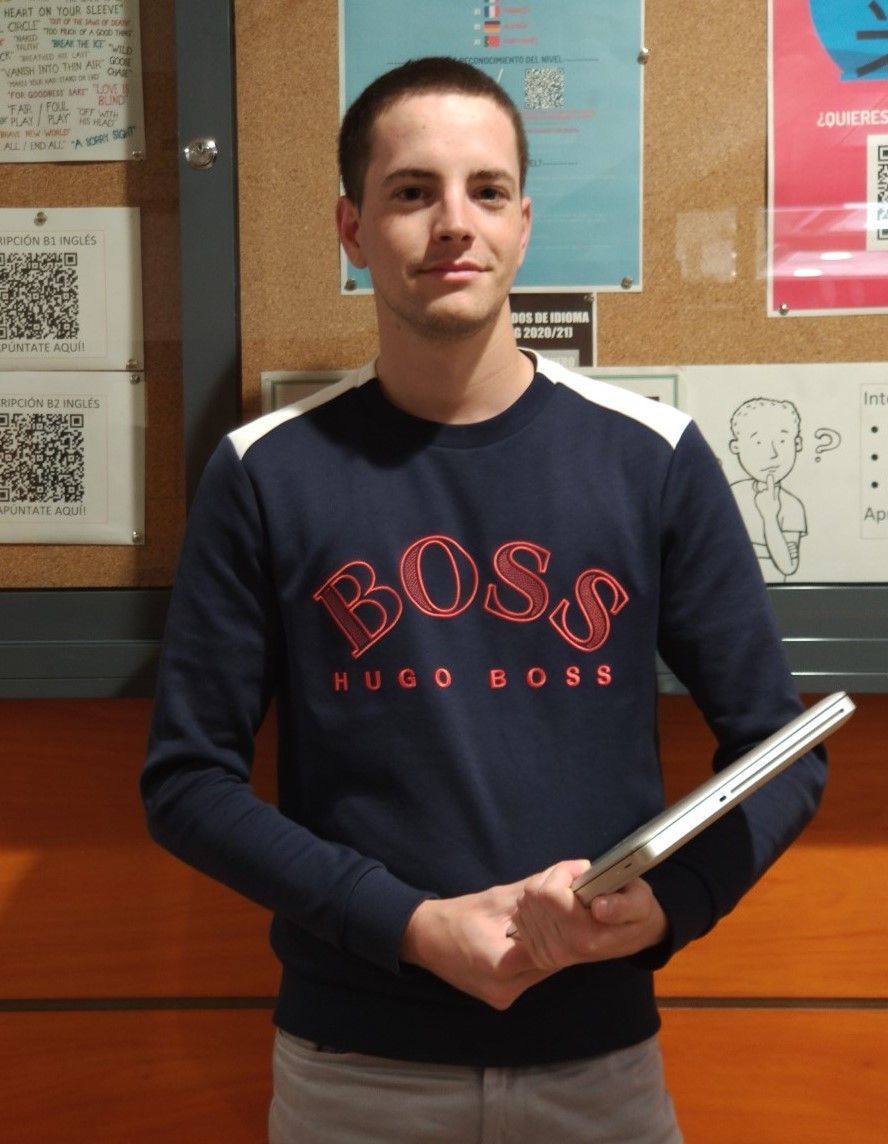 On Wednesday 4th March, the first ever Linguaskill exam at CEU UCH took place. This exam is a multilevel English test from the University of Cambridge. After the exam, we interviewed one of the candidates to get his verdict on the exam.

It went well, although it was a bit difficult. I think that’s because I’m aiming for a high level, a C1.

2. What do you think of the format of the exam?

I think the format was the right one, considering the difficulty of a C1 exam. The first few questions were easy, but they got more difficult as time went on and I had to concentrate more.

3. Had you done a foreign language exam before?

Yes, at secondary school in France, where I’m from. I did a B1 Cambridge exam, which was very similar to this one, but instead of using a computer, it was a pen and paper exam.

4. Do you prefer to do an exam face to face with an examiner or like this on a PC?

To be honest, if you think about it, it’s just the same, because the questions are almost identical and you have to concentrate just as much. Even so, if I had to choose, I’d probably prefer to do a paper-based exam, but I think this PC-based method is a great solution for those people who feel self-conscious or embarrassed. In the Speaking section, for example, people like that can probably get a higher grade and really show what they can do in English, because there’s no-one nearby to distract them and make them feel uncomfortable.

5. Which part did you find the most difficult?

In fact, the hardest part for me was the Speaking section, because it was the first time I’d done it like this and I was a bit nervous. Even so, all the sections of the exam were difficult because of the level I was aiming for.

6. Why do want an English certificate? Is it for your degree, your CV, etc.?

The main reason is that I want to able to put C1 on my CV, so that I can stand out a bit more in employers’ selection processes.

7. Do you think knowing English will be useful in your personal life or career?

My initial reason for doing it wasn’t to be able to look for a job abroad. As I said, it was just to be able to put it on my CV. But, come to think of it, even though my aim is to get a job in France, I could apply for a job at an international company where English is needed on a daily basis.

Good luck, and if you’re interested in keeping on improving, come back to the CEU UCH Languages Service and we’d be delighted to help you. Au revoir!

We begin the new course in Elche by charging the batteries