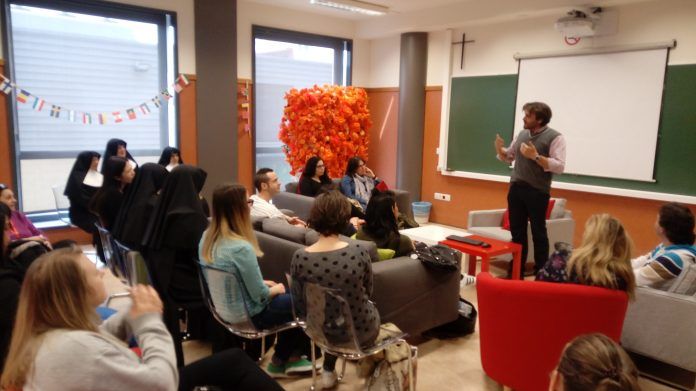 Yesterday, Dr Enrique Anrubia was with us to talk about two key issues in current philosophy: happiness and desire. The speech, entitled Happiness and Desire: a Talk with a Philosopher, took place last Wednesday, 22nd of March, in the language exchange room, the HUB 101. More than 30 people, students and lecturers from various faculties, attended the talk, which was given in English. 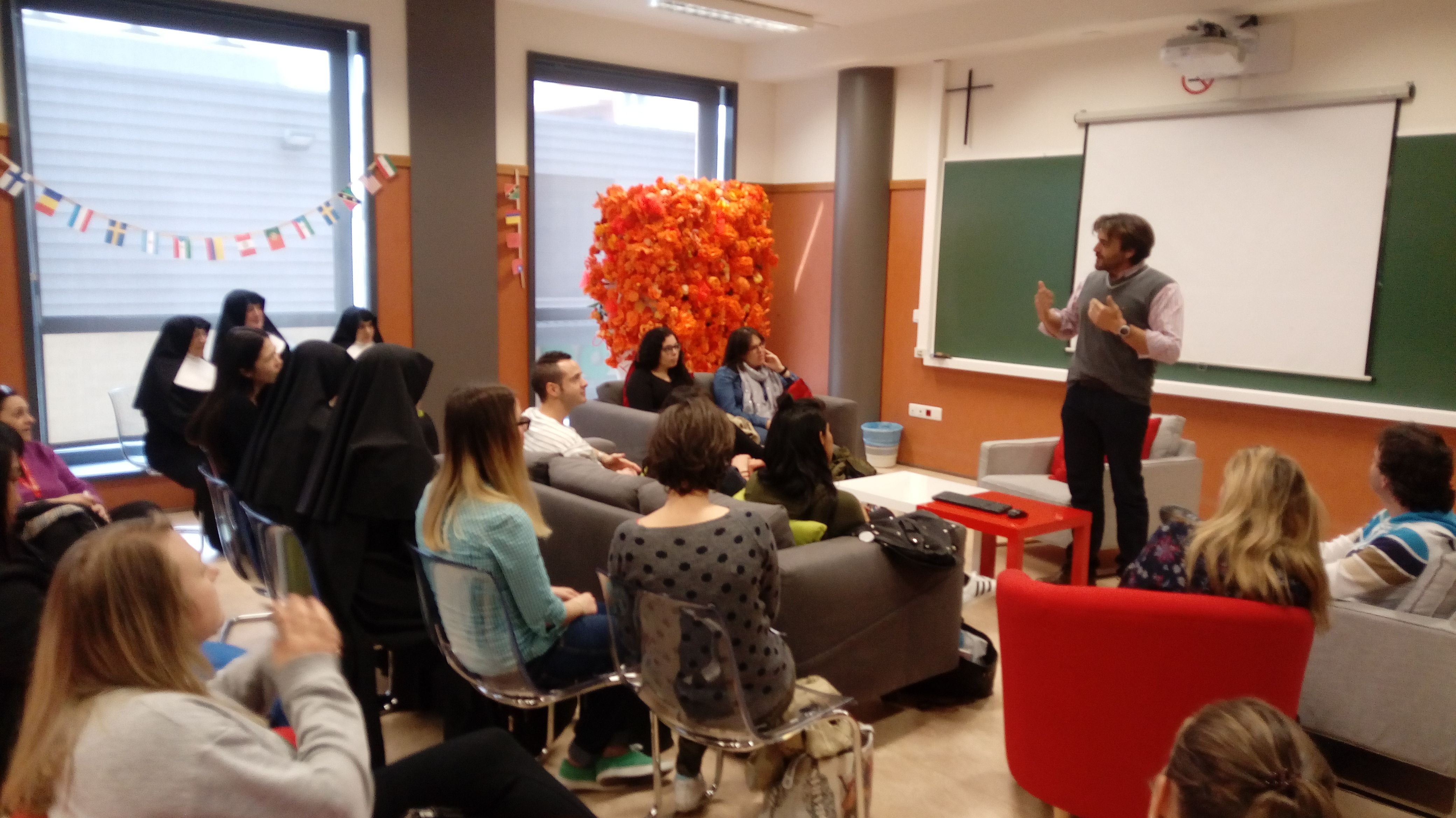 During the event, various theories about these two philosophical concepts were presented. The talk covered definitions of the two central terms, the suggestions of experts (including historical figures as well as contemporary ones), and the view of the lecturer himself, on the search for happiness and the nature of our desires. At the end of the talk, the floor was opened for questions and comments, and we all got the chance to share our own point of view about these ideas, but also others of great interest, such as the source of stress, the disappointment generated when there are very high expectations, or the satisfaction produced by giving without expecting anything in return.

Enrique is Associate Professor of Philosophy and Anthropology at the University CEU Cardenal Herrera. He also teaches subjects such as Cultural Anthropology and Philosophical Anthropology in various faculties, including the Veterinary Faculty, Political Sciences and Audiovisual Communication, in English and Spanish. He is also the author of many articles and essays for journals, and he has written and edited various books related to issues such as the philosophy of pain, conflict and the emotions. He is currently finishing his new book called Soledad (“Loneliness”). 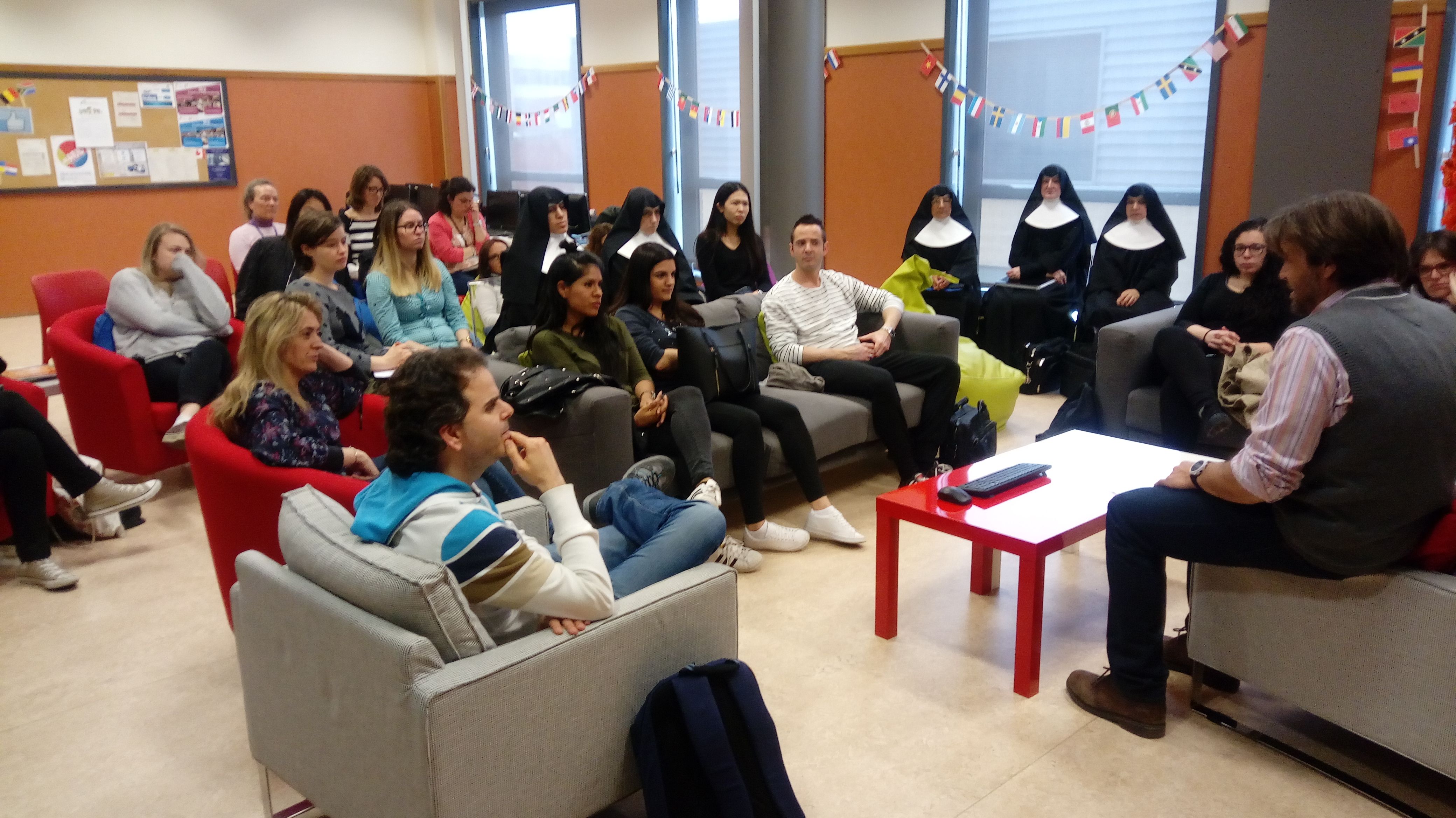 This is not the first time that the Doctor Anrubia has come to the HUB 101 to give a talk: last year, he visited us to talk about suffering and pain. During both this visit and previous ones, Enrique engaged with the audience and left them with the feeling that some questions have been resolved – while maybe also giving rise to some new ones.

The Languages Service uses the language exchange venue of the HUB 101 to promote encounters of this kind between members of the university community. We encourage you to participate and to use this space to debate, to transmit your interest about certain subjects to other people, to share your interests or, simply, to talk. If you feel like organizing a talk or a lecture in the HUB 101, contact us at hub101@uchceu.es or on extension 2101.