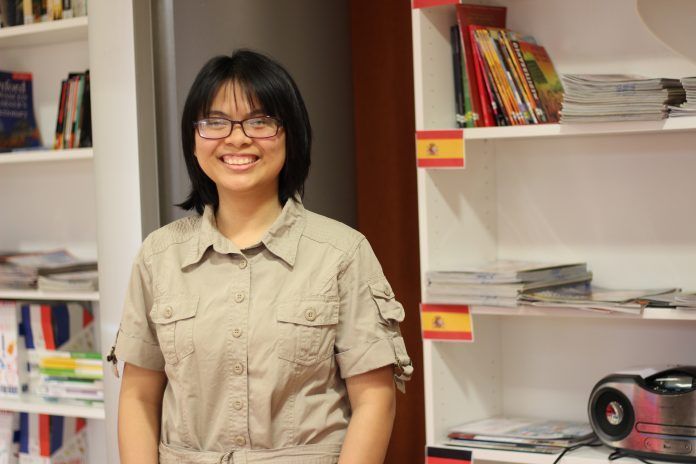 Last Tuesday, 7th of March, we presented Linh Ta Phuong, a 1st year Pharmacy student, with the prize for “most participative student in HUB 101 activities”. The prize consisted of a free registration for the official SIELE Spanish exam (worth 155€). This exam is organized by the Instituto Cervantes, and has been held at our University since January 2017.

Linh is well aware of the advantage of having an official certificate in a language as important as Spanish is today: “It is certainly something I need, because when you apply for a grant or a job here, they ask for this. I think this is becoming more and more common, and in almost every country.”

When we ask her about her favorite activities at The HUB 101, she says that they all seem interesting to her, but that she especially enjoys the screening of movies in Spanish: even more so when the movie chosen is by Almodóvar, her favorite director.

From Vietnam, Linh speaks four languages fluently and has always been interested in learning other languages, as well as finding out about other cultures. She believes that such an attitude can help you to find a job more easily and to make friends when you are in a foreign country. This is precisely one of the reasons why she goes to the HUB 101. “It is a place where I can interact with other students, and every time I go there, I start to speak with the people I meet. It’s something I’m not afraid of. I think we have to be more open and stop being shy, because in my opinion we all want to speak and get better at the languages we need”, she concluded. 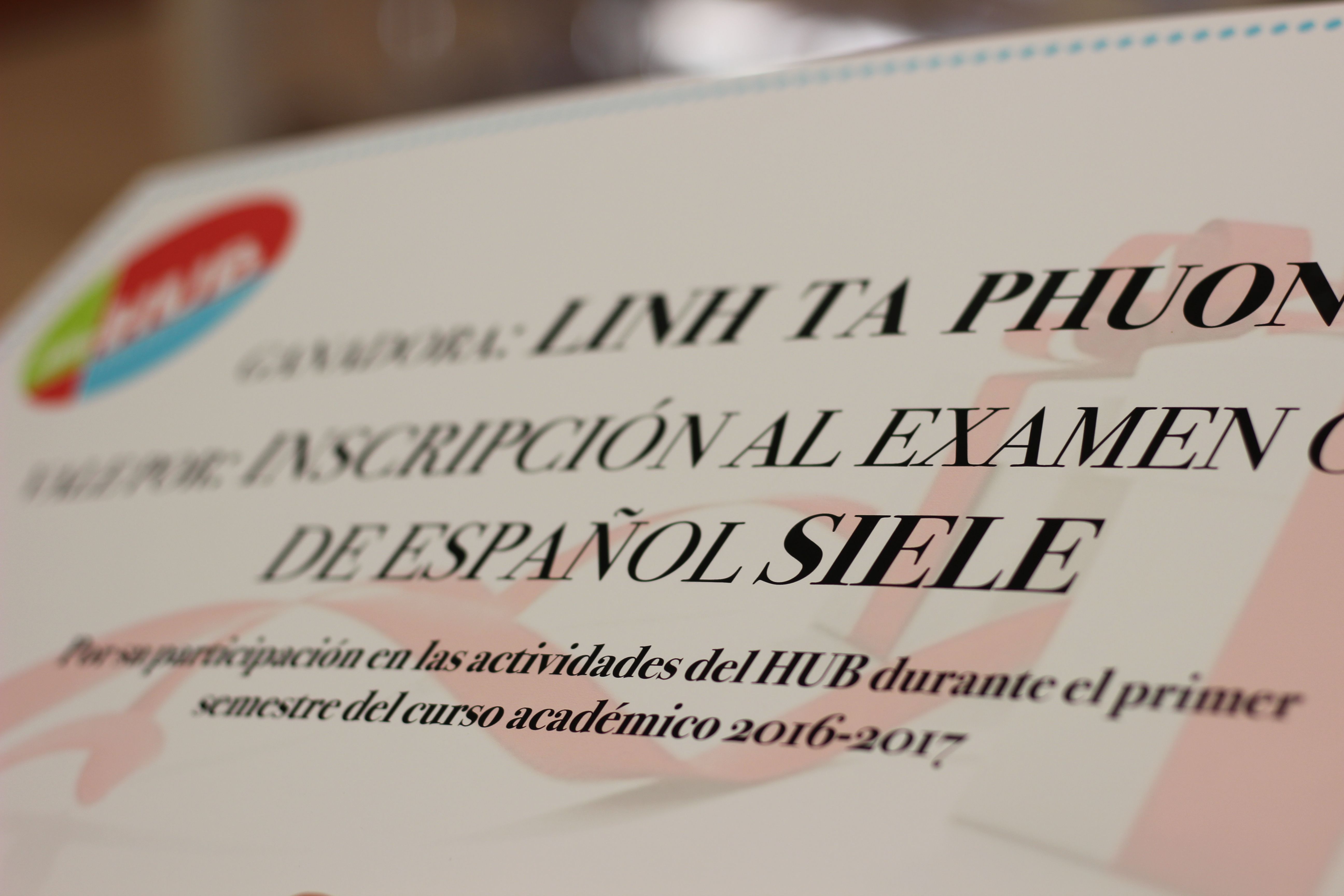 Linh Ta Phuong is the first student to be awarded a prize for her participation in the activities organized by The HUB 101. During the second semester, the Language Service will continue to recognize the students attending this cultural meeting point, with a new activity now on offer: “Tandem”, in which students can practice the language they are most interested in with native-speaking students.