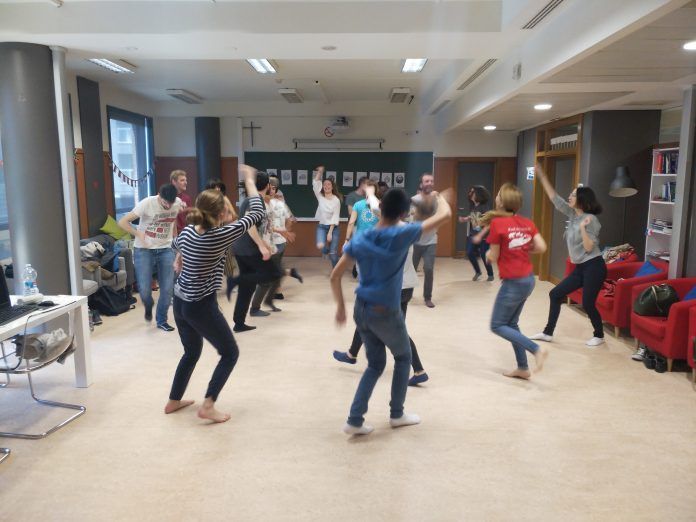 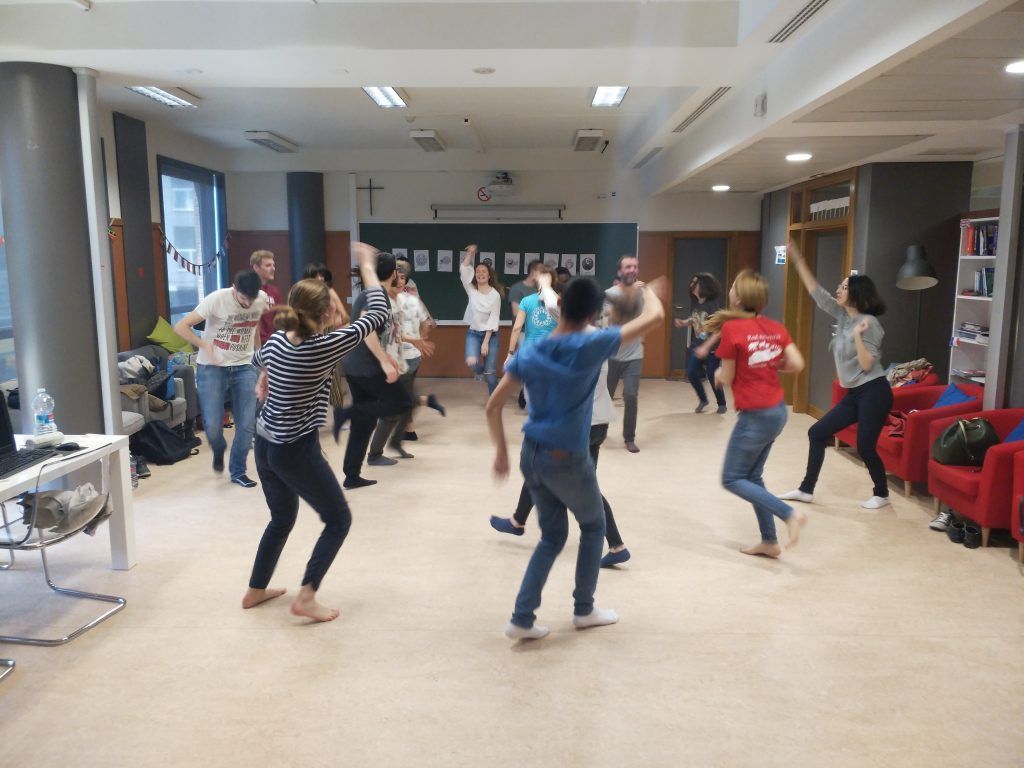 The methodology used by Biodanza adapts to all types of learning. Last April 18th, Katy Betés, Doctor and Professor of Communication, held a session at the HUB101 for our students and teachers, an activity promoted by the Languages Service. We started off talking about emotions in different languages, through a group dynamic, where every participant described a list of emoticons using adjectives in English, Spanish and even Chinese. 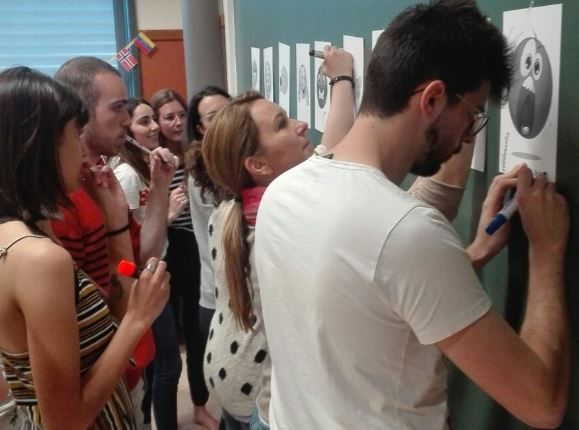 Right after that begins the most ‘dynamic’ part of Biodanza, by means of that universal language we all understand: looks, group dances, hugs and body language resulting from choreographies. All this along with mixed rhythms and songs which adapt to the pace of the session gradually and seamlessly: a slow and quiet warm-up at the beginning, which becomes faster and more intense through stimulating songs, and finally goes back to more peaceful and calm rhythms to close the session.

It was a beautiful event, the first of many more to come. Emotions and feelings had shifted by the end of the session. Thanks Kety for this wonderful initiative. Thanks to all participants for being a part of this, for giving so much, through your words and silences. Thanks University for opening up to feeling.