Home Our Students Julia, student of Dentistry: “There is always something going on in Valencia!”

Hello Julia! Tell us a bit more about yourself so we can know you better.

My name is Julia Elorm Atuwo, Julia is my English name and Elorm Atuwo is my Ghanaian name, so usually I have three names. I’m from England so I came here straight from England, but I previously lived in Ghana when I was much younger. I’m studying Dentistry here and I had a previous degree in Chemical Science. That’s me! 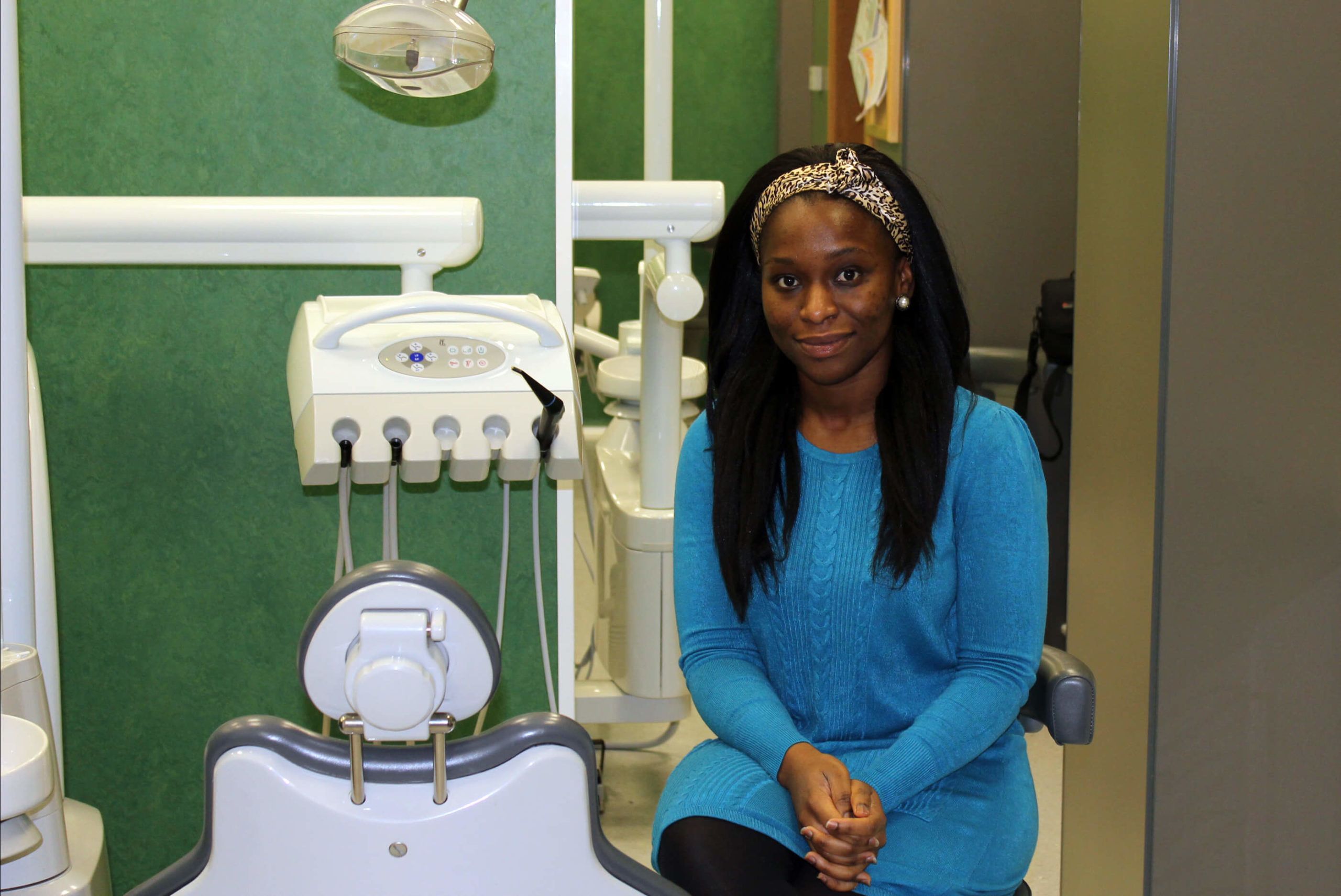 Why did you choose Valencia? It is everything how you expected?

First of all it’s really close to England – only two hours – and secondly this part of the country is warmer than England, so I was happy to come to a warm city.

I didn’t know much about Valencia when I came here, so everything was a surprise for me and I had enjoyed all the experiences so far, everybody is really nice with me, it’s different in England because the people are more serious than in Valencia, I remember on my first apartment where I lived the people saying hello to me, it was an old lady that always tried to had a conversation with me and I didn’t understand anything that she was saying but it was a nice conversation to have.

That’s a good answer, you lived in two different countries before coming to Valencia, so what are the differences regarding weather between these three places?

Mediterranean weather is more similar to Ghanaian weather than England weather, however in Ghana we don’t have really cold winters like Valencia, so in that case maybe between December and February it’s really cold but beside that it’s much better than England, less rain!

This is your third year in Valencia, really? Can you tell us about any good experiences that you have had here?

Yes it’s my third year here in Valencia, on my first year, three years ago in Fallas for sure!! It was very loud in my apartment, beside that I went out to know the culture, I knew that this period of time was coming, and there was always something going on, parties on the street, nice food, I love paella and patatas bravas!

Really? What are the differences between English food and Spanish food?

The principal difference is that the Spanish food is spicier, the first time a tried the patatas bravas I thought this is really spicy!! But I think it was where I ate it, because after that I love them; I can say I love the food here.

That’s great; now let’s talk about the University. What do you think about our infrastructures?

They are very good, because in England for example Dentistry, we don’t get the opportunity to work with corpses and here we can, and it’s a great way of learning, I like having a clinic in a dental building so we don’t have to go anywhere else for practicals, it’s so easy for us to get around we don’t have to go to many places. 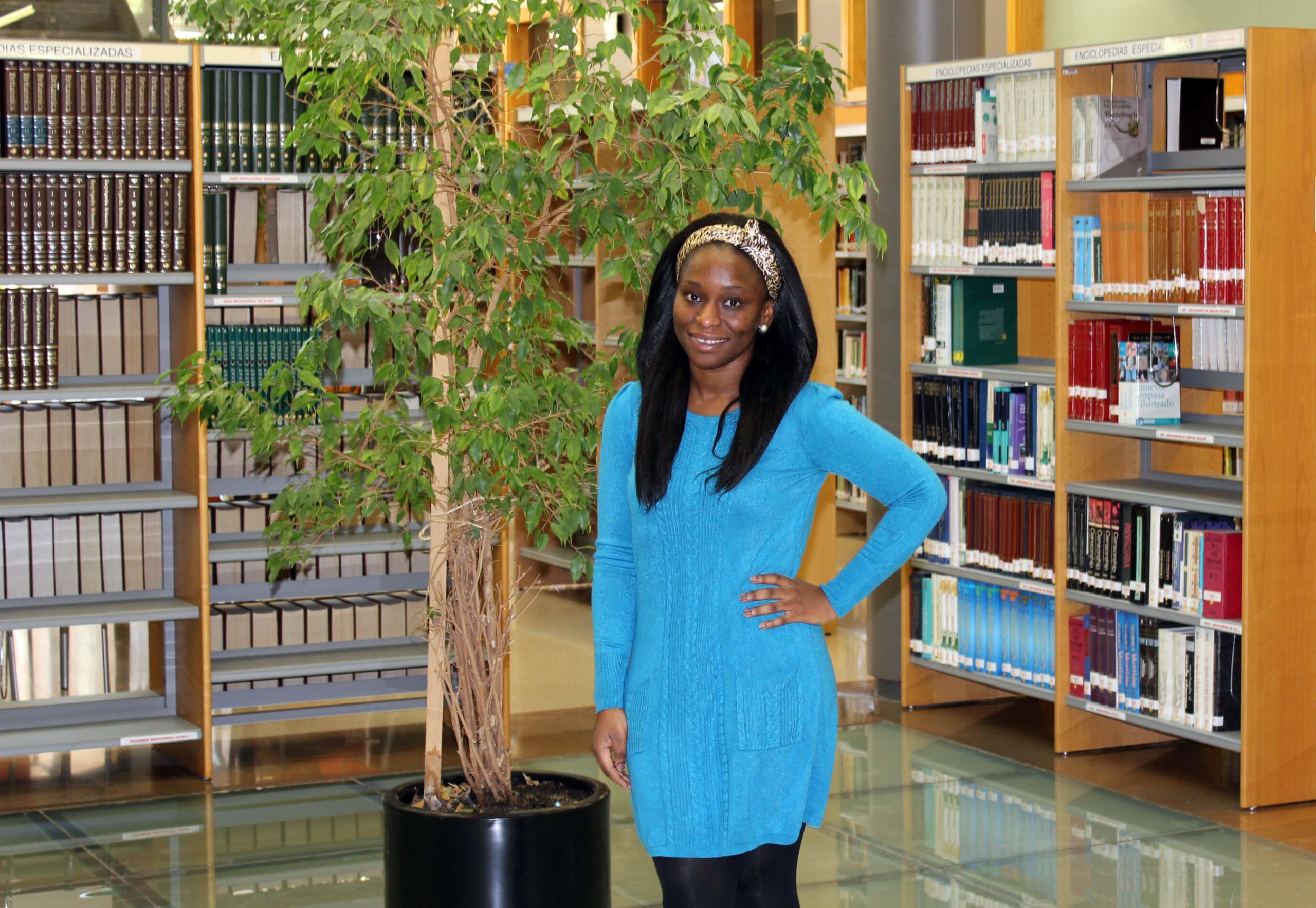 What about the classes, exams, the teachers, did you find any difference between England and Spain?

The main difference between the English and Spanish systems is that in England we only have one exam at the end of the year, and here we have exams in January and June. This is great because you don’t have to learn material for the whole year before writing exams, and I also like having practicals in clinics and at the same time what you are doing in class is easier to remember what you are learning and is easier to pass the exams. The teachers are great on my opinion, they are very close to you, it’s easy to reach them to ask questions and they help you in everything you need.

I read about Ghana and there are a lot of languages in the country and you also speak English, how many languages do you speak?

I understand and speak three Ghanaian languages. In Ghana we have about twenty languages, there is one main language which is English, and there is another main language that most people speak called “twi” and then two more of these twenty languages, and I speak English obviously, and I’m learning Spanish now! My mom lives on New York and most part of the people speak Spanish so I want to improve my Spanish.

You talked before about fallas, you know they are really close, did you have the opportunity to go to a mascleta?

Yes! Two years ago because last year I wasn’t here, and I love it, I like the fireworks in the old riverbed and the lights of the city during this period of the year, it’s all full of Valencian flags, it’s very pretty how the leave the city and the passion that the people of Valencia put during that week, I will enjoy them this year.

This interview was done by Jorge Navarro Rodríguez, student of 4th year of Advertising & PR