We think we’ve got an interesting story for you here… we met Jaya, a first year Dentistry student here at CEU UCH. Her mother is Brazilian, her father is Indian, but lived in London, and she was born in Belgium. Having studied Medicine there for a year, her plan was to find a Medicine degree at another university… but she ended up deciding to study for a different degree altogether! 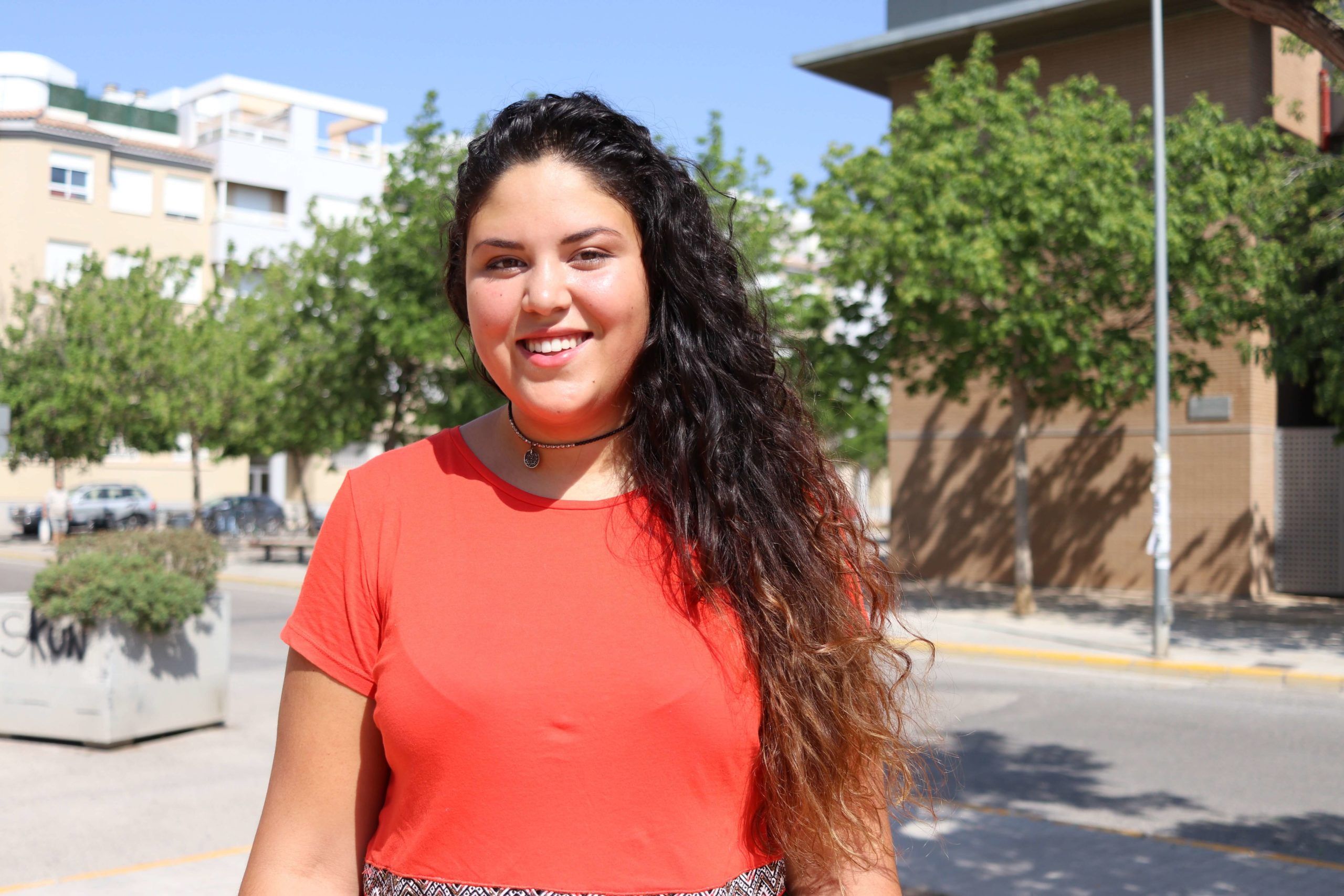 To start off with… why Dentistry in the end?

I always wanted to do Medicine because I myself had lots of health problems – I had a bone disease for 5 years and underwent 13 operations, I almost died and with it I got fascinated by the medical world. Now I’m all better but I really love Medicine, surgery more specially, because I really like manual work and I think I’m actually good at it – I do painting, and things like that. Here they offered Dentistry, and I’d never really thought about it. I just got thinking and then I started liking the idea, so I talked to a couple of dentists that I knew and it just got into me because you go directly to the practical part of medicine.

What was the tipping point that made you want to change then?

For me not being a surgeon would be the end of the world because I really want to be involved with the practical, hands-on side of things. You could study Medicine for 6 years, be the best and there would be no guarantee of becoming a surgeon. That insecurity would make me feel unsafe for such a long time, whereas with Dentistry, even if I don’t become a surgeon or something, I’m still doing manual work in the medical field with a patient.

I did some humanitarian projects when I was younger. When I was about 15 I went to Madagascar and we built a school. We also worked in what they call the hospital to help pregnant women, give them vaccines, bring them medication and help them a little bit. I would really like to go back when I can actually really help someone with the knowledge I am gaining here.

I got so much experience working a whole summer in a place like that. For us it’s good because we did things that they wouldn’t let us do here, but of course if they could get a real doctor, it would be better. But our help was better than nothing though. 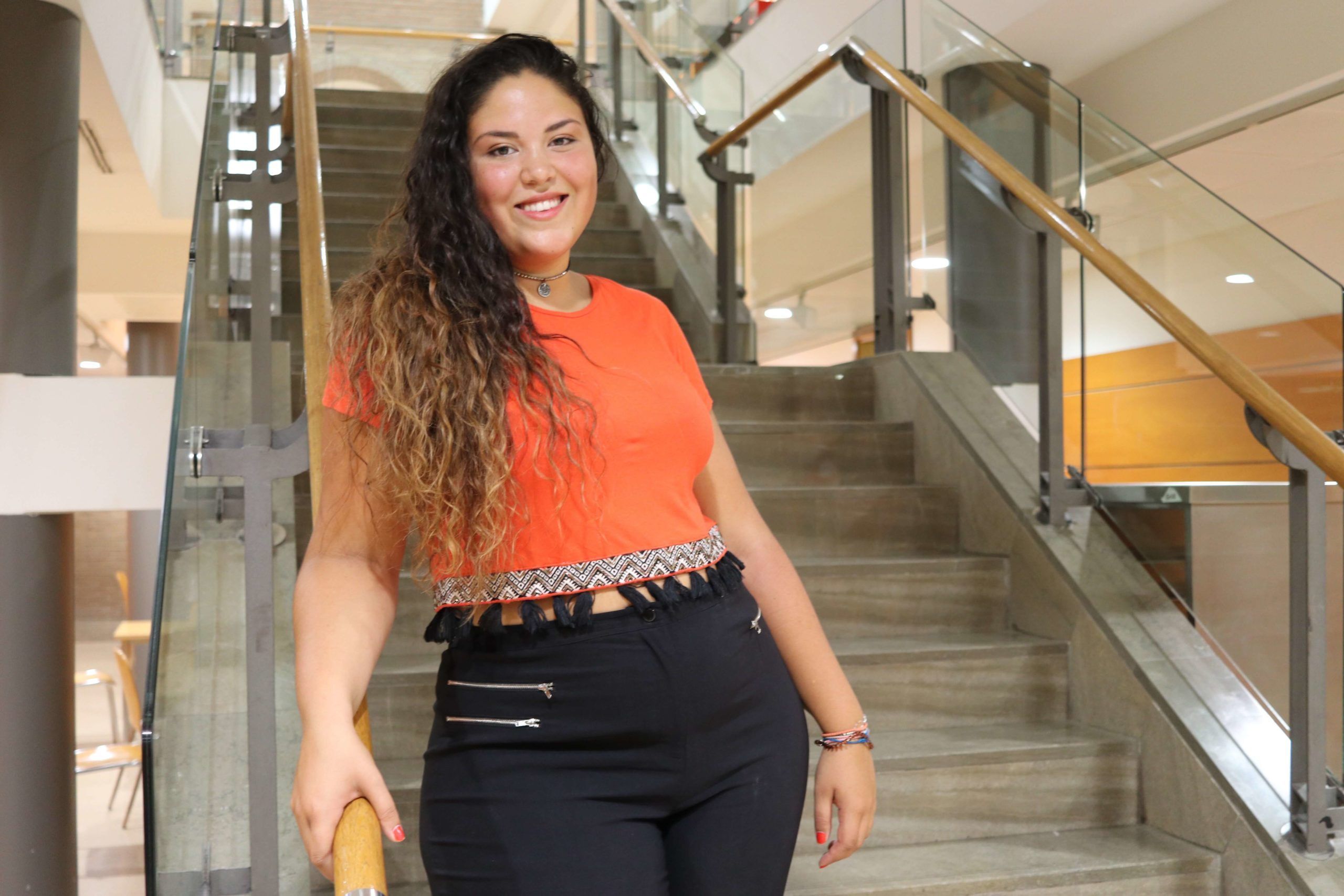 So Valencia… what brought you here?

When I was looking for Medicine (because I was initially looking for Medicine here), I really liked this university first because the language that I would have to learn was Spanish, and it just sounded like an opportunity to learn a useful language. And I liked the fact there are lots of practicals. There are wonderful clinics for Dentistry and for Medicine. Also I really liked the fact that the classes are small, because in Belgium there were about 1000 students in one class, for one year. It’s friendlier, I know the name of everyone in my class. It’s not a giant university, so the professors can work one to one with the students too. If you have a problem or question or anything you can go to your teacher and ask them.

Valencia is a really good city – it’s not like living in a little, very small town, it is a city but it’s not a giant city either, it’s just perfect. You can meet up very easily but you have so many things to do as well, so that’s really nice. There is a very big cultural life, like museums, the opera and theatres. I was in a musical comedy group before coming here, because I sing and I really like to paint, and here there are so many things connected to that. There are so many things you can do around Valencia, like Montanejos and The Pink Lake. It goes from city life to the nature discovery park which is just one hour away. Also having the sun every morning puts you in a good mood. It’s something that changes everything, I realise it in my energy, in the way I react to things – I’m more relaxed.

And how is your Spanish going?

For me very well, it just depends how much effort you put into it. If you want to speak Spanish I think the only thing you can do is actually try to speak to someone who is speaking Spanish, and then you don’t have a choice, and it ends up good generally! So people who don’t speak Spanish, they should just try!

Anything that’s stood out for you so far..?

What stands out is ‘international’ – the fact there are so many nationalities in this university. Like in my class it goes from Dubai to Brazil to Syria, I think, Sweden, just everywhere. You learn a lot about them, especially those outside of Europe. Another thing is the contact with the teachers. They know my name, I’m not just a number or something on a list, that was really strange at the beginning because I wasn’t used to that anymore. 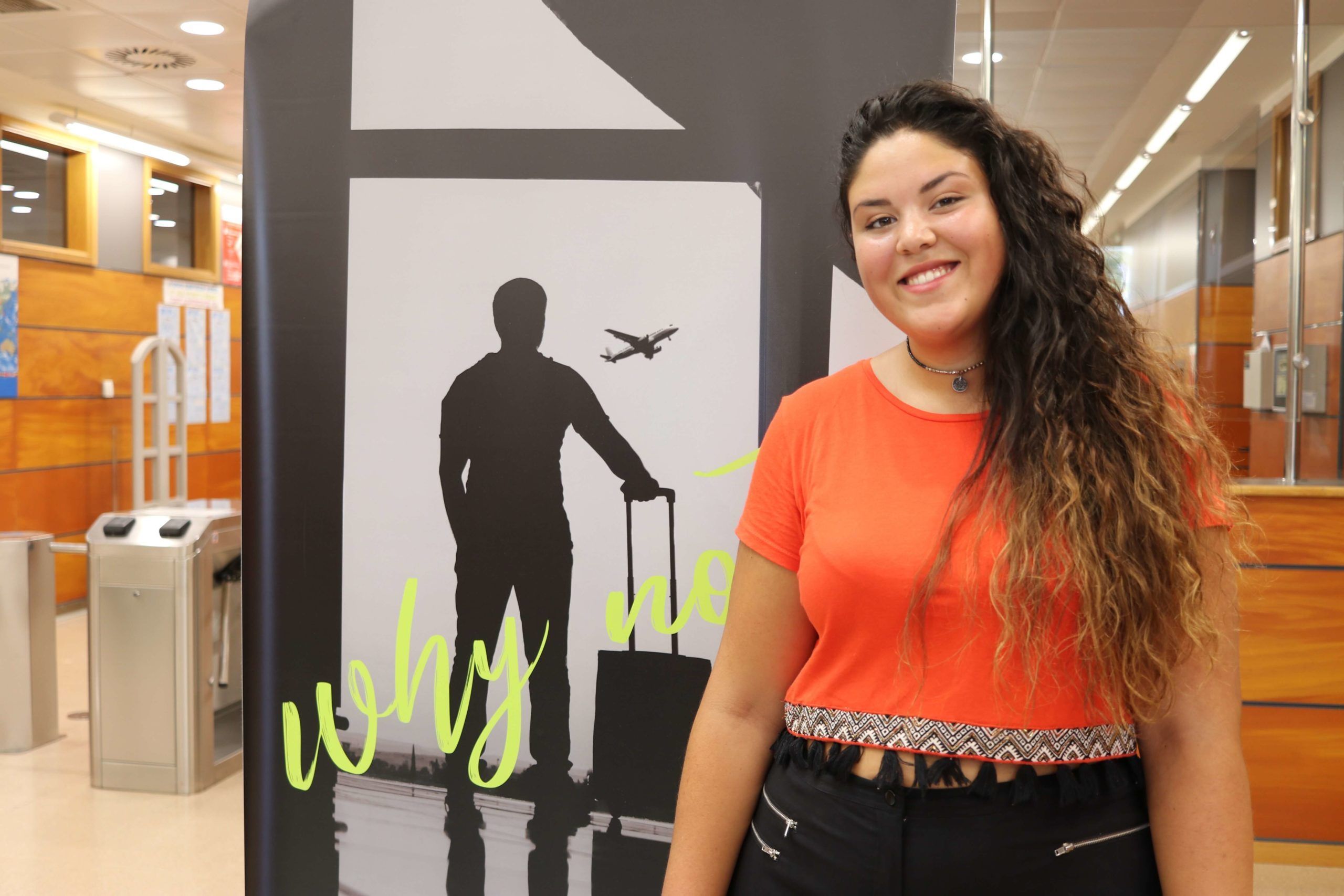 …And anything that has particularly surprised you?

I like the fact we can do Erasmus+ and travel to other places like South America for a year, and that’s definitely something I’m going to try and do. You can just continue your courses there without losing a year. I really find that wonderful. It’s really different because going to South America not just on holiday and actually living there… that would be awesome.

Have you travelled any of South America before?

I’ve travelled to Brazil a lot, I was there a month ago, but in South America, that’s all because whenever I go that far I’m going to see my family. Brazil is bigger than Europe so just visiting all of Brazil is no mean feat… I haven’t finished it yet, but one day I will.

Where could you see yourself in the future?

I would like to go to Brazil, the far south. I’m from the extreme south, from a city called Balneário Camboriú, which is on the coast. If I get good enough work, maybe I’d like to have my own clinic one day, but who knows what the future brings you.

I wouldn’t like to be in my own clinic by myself, or just with an assistant or something – I would like to work either in a hospital or in a very big clinic. I think I would like being a maxillofacial surgeon – if I do maxillofacial surgery I can still work in the hospital field, so that’s probably what I’m going to train towards, but I’m only in first year so we’ll see.

I have an uncle, who’s not a dentist, but he works with dental material. He works in the city (which is richer) but then once a week he will go to small towns and bring everything they need to the local dentist and help them. I might do something like that as a dentist as well.

Could you tell us a bit about where you are from?

I would say culturally I’m more Brazilian than anything, I’ve got the Brazilian heart, the Brazilian energy. I would say Brazil is a wonderful country. There is such a mix of people, from those of African origin, to Europeans to ‘actual Brazilians’ – who I would say are indigenous people. It’s beautiful because in the end all of the cultures just mix and it becomes one big culture which is Brazilian culture.

And then Belgium is awesome. I grew up in Belgium and I went to the European School of Brussels. It’s a school for the children of people who work in a European organisation, and there are different sections for different countries. That’s just how international Brussels is; everyone is from everywhere. Everyone is so proud of saying what they are, and you just get this big cultural mix. It’s just different. It’s a different atmosphere, and it just makes it so delightful. It really is a great city, I love it. Everyone always stays true to their home place and you discover new things, and that’s so cool.

Thank you very much Jaya! All the best with the rest of your time here with us.