Home Our Students Erasmus+ in Valencia: a memory for life!

Thinking of coming to University CEU Cardenal Herrera with an Erasmus scholarship but still a bit indecisive? We hope that after reading this interview with Beatrice and Malin, you take that step further and seize the opportunity! These two Swedish students came all the way from Karolinska Institutet and seem pretty content with their experience in Valencia! 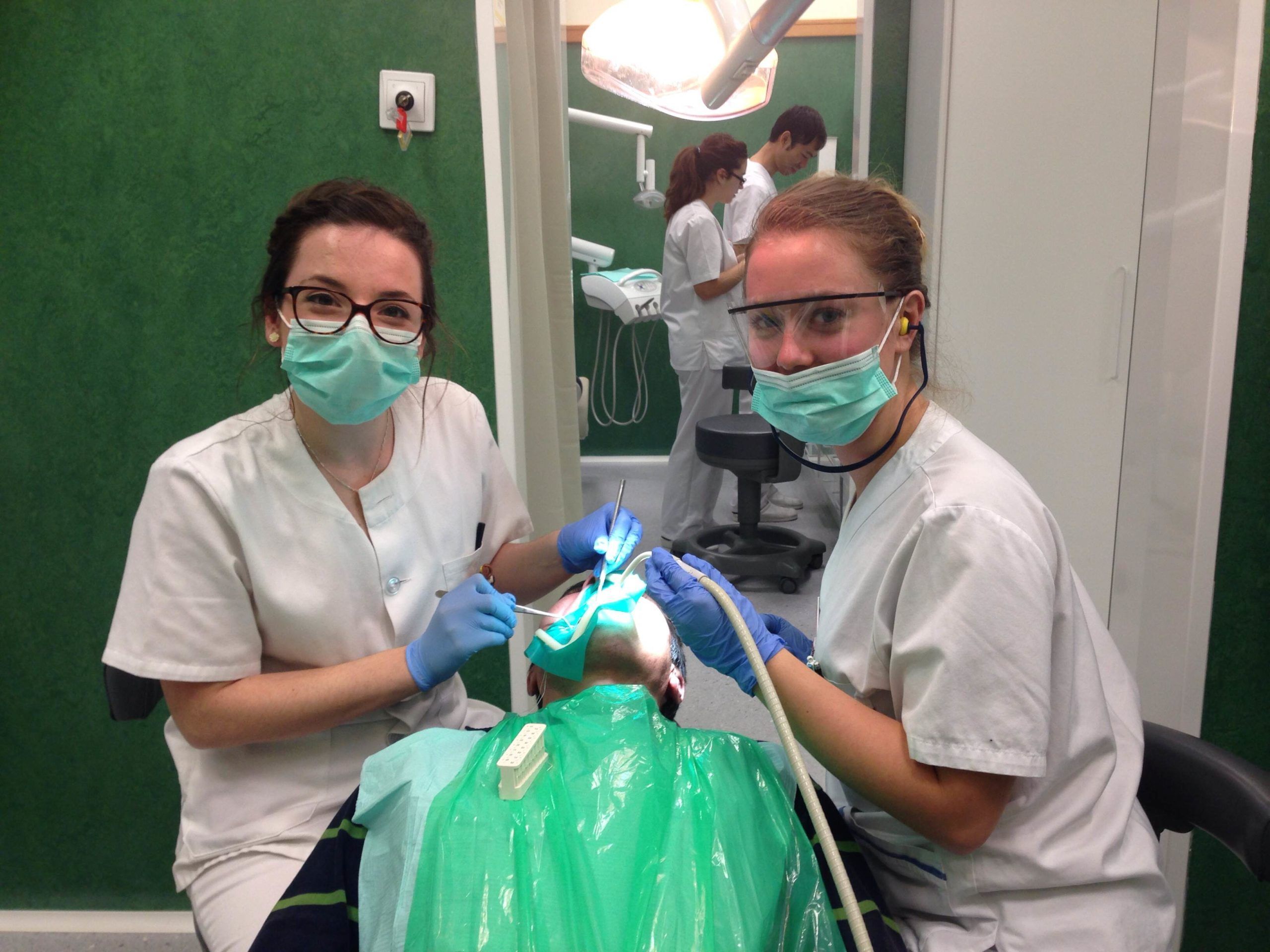 Tell us a little bit about your daily life in Spain as Erasmus+ Students: what did you do Monday to Friday? Did you have the chance to live the Erasmus life in the city of Valencia and at CEU UCH?

Beatrice: We did a lot of things depending on the schedule, we had class from 15:00 to 21:00 almost every day, and then Spanish lessons in the morning on Tuesdays and Thursdays. We did things all the time, we only watched television once I think. We went running in the park twice a week, we studied a little almost every day, when we came home from university in the evening we cooked something or met someone and had dinner out. We sat at cafés and had coffee with friends. We went to the cinema, and we got to experience Fallas. We went on trips at the weekends, and to parties. We lived close to the Turia River so we spent a lot of time there with friends just playing guitar and games and had fun. It was very easy to find nice and kind people to spend time with, all the Erasmus people were very open.

Malin: We had dental clinic every day from 15:00 and to 20:30. Sometimes we had Spanish courses, 2 times a week, before clinic. So we were at school every day and spent time with students and patients at clinic. I would say that we had time to live the Erasmus life, since we stayed in an apartment in Valencia we had time to do things before and after university some days a week. Of course we had to study also but my opinion is that we had enough time, maybe also because there were a lot of holidays during our stay for example Las Fallas and Easter. We enjoyed that! 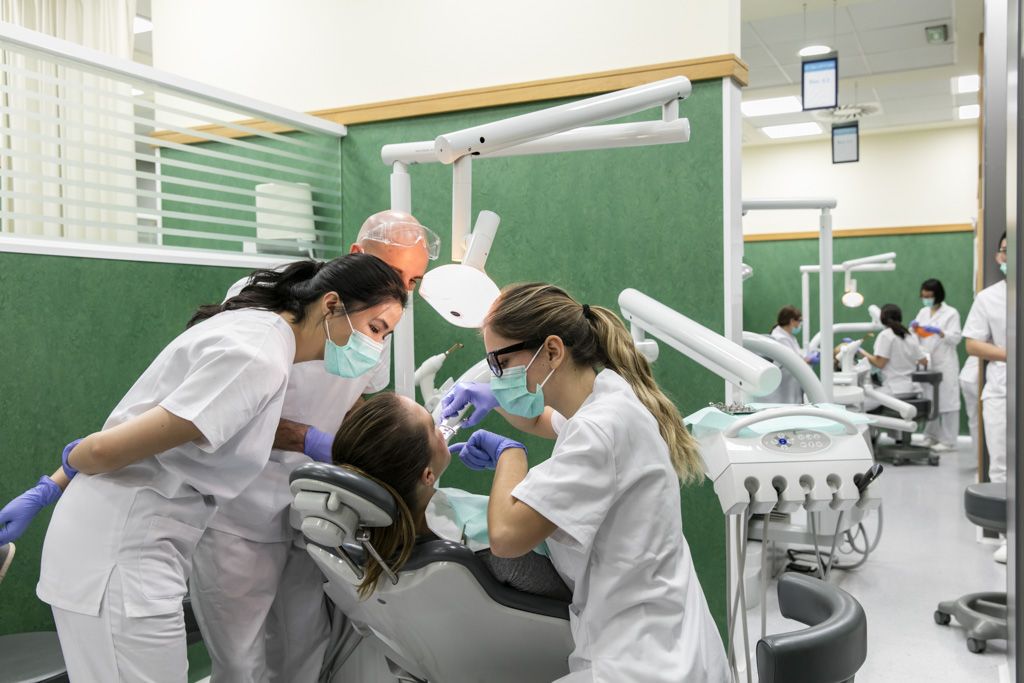 Did you have a good relationship with other students (Erasmus, International, etc.)? Any nationality in particular?

Beatrice: We spent more time with other Erasmus friends in town than with friends from CEU UCH, but we had some friends in the Spanish class and of course in the Dentistry department as well. Everyone was really kind and nice in the Dentistry department, but we had class with a lot of different people every day so it was hard to get to know people well, and also the people that live in Valencia and study there already have their social life and friends, and are not that interested of getting to know someone new that will only stay for 3 months. It felt like the people in our Dentistry class did not really know at first that we were coming, and for how long we were going stay, and what we were doing there, and that was strange in the beginning. But in the end we really enjoyed going to school and meeting everyone and there was a great atmosphere in the clinic compared to Sweden.

We spent a lot of time with a group of German students in the end, and some from Italy. But it was a mix of nationalities all the time. We just had some people visit us from Germany, and in a few weeks a person from the dentist class is coming to Sweden to visit us.

Malin: Yes, we met people from all over the world, or at least it felt like it. On the Spanish course we met people from different countries that we became friends with and also at the clinic at university we became friends with the Spanish people, and the Taiwanese and English people too. We did things together outside CEU Valencia in our spare time as well. 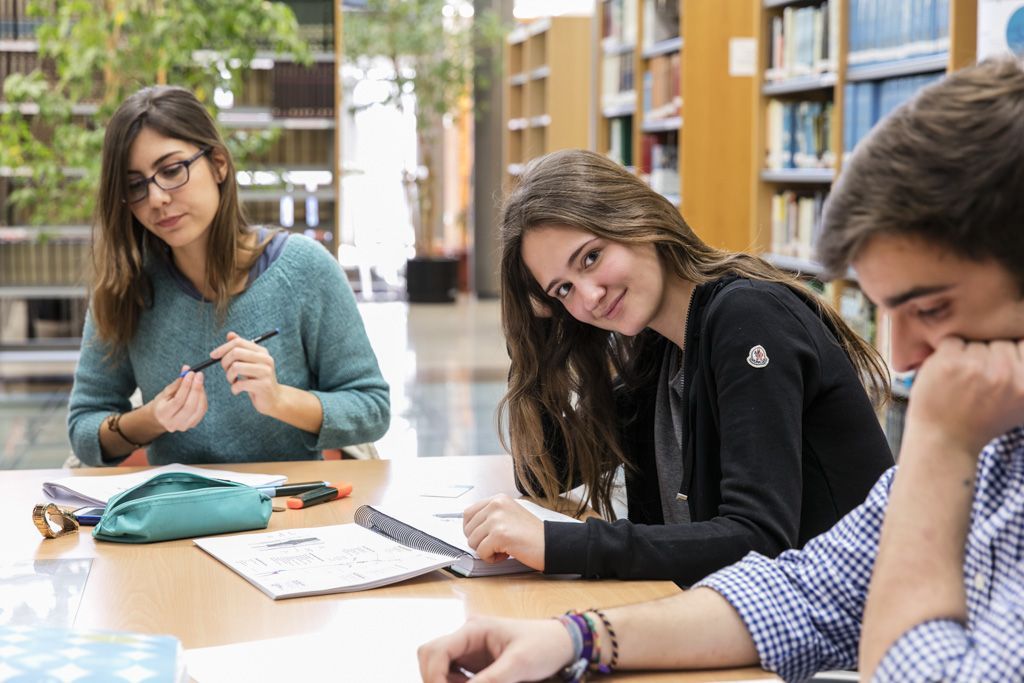 Beatrice: In the beginning it was confusing, and we had to run around from one building to another to find people and get papers that we did not really understand, but it was also a result of our not so good Spanish. The International Relations Office was very helpful. Everyone did the best they could to help us.

Malin: It is a cosy and nice university, with a nice environment. Everyone is nice to you and helpful. Sometimes there were some problems with the communication between the Dentistry department and International Relations Office, but I think it was because we came in the middle of the term (since our university in Sweden only allows us 3 months of Erasmus+ exchanges). But that became good in the end!

What are the highlights from your time at our University? What about in Valencia?

Beatrice: For me the opportunity to see something new, and another way to study Dentistry was great, and as I said before, the atmosphere in the university, and between the students, was wonderful. And Valencia as a city was the best choice I have ever made. I had so much fun, and learned so much, both about myself and the profession. Something you learn is what you want to do and what you don’t want to do. And you learn about the differences.

Would you recommend your experience to other classmates and students? Why?

Beatrice: Yes! Because of everything, but I was also lucky to travel with Malin, it was fantastic!

Malin: Yes, of course, because the experience you have is unforgettable and a memory for life!