Home Uncategorized Thanks to Erasmus, I’ve had the offer to work in Italy 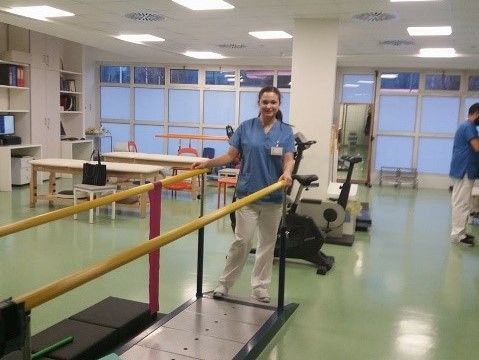 What motivated you to apply for the Erasmus + Placement Scholarship?

I chose to do an Erasmus placement before I started working to see how they work in other countries and get more experience before entering the job market. The total duration of an Erasmus + scholarship for recent graduates is 3 months, and they usually give you around 400 euros per month for countries like Italy. I did two months because, having already qualified, it seemed sufficient.

I chose Padua, because the city’s school of medicine is well regarded at a European level and it is a very lively city for young people. There are many Spanish Erasmus students here but there are also students from other countries. It is a medium-small city (200,000 inhabitants) and it is quite easy to get around and to live there. Rent is cheaper compared to other Italian cities and it is close to other cities such as Venice (a half hour train journey), Verona, Bologna and Florence.

“Technique is learned, but you can’t forget about human interaction”

At which hospital did you do your placement?

In the “Policlínico di Abano Terme“. It is situated in a village 30 minutes from Padua which is very famous for its hot springs. It is a hospital that welcomes many local patients, but also many international ones that come to the area to have thermal treatment. It is an exemplary centre for knee and hip surgery and diabetic foot care, although it has many specialties. My placement was mainly spent in the orthopaedics and traumatology unit and with physio-kinesiotherapy. In theory, I had to spend a week observing, another week of practising with the tutor and then work with my own patients. In reality, things were much faster and by the third day I had my own patients.

What can you tell us about everyday life with your patients?

Each patient is individual; there were younger and older patients: some on their second or third operation; other older people who were unwell and suffered from a variety of conditions (cardiovascular problems, respiratory or cognitive problems) and each one responded in a different way. The objective was gain as much independence as possible in the shortest period of time, always taking into account the case in question. In most cases this is accomplished mainly through the quality of the prosthesis and the procedures.

But no matter how much technique is used, their treatment is always fundamental and key for the recovery process. 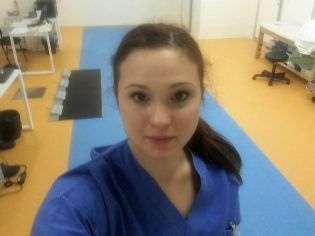 Always. You have to give them a smile, even if you do not feel yourself that day or at that moment in time. Technique is learned, but you cannot forget about human interaction as well. A happy and motivated patient who feels heard will listen to you more and will recover much sooner.

You have worked with other physios of different ages, origins and schools. What has that experience given you?

It had a big impact on me and motivated me a lot. I took advantage of every opportunity to observe their different working techniques and learn from their experiences. Every day I would go in at 8 o’clock in the morning and go up to the second floor where the functional rehabilitation unit was located. There I met my colleagues and we would distribute the patients in the orthopaedics unit among us. I learned a lot from them because everyone had their own technique (some used more manual therapy, some had a more biomechanical approach, and others were more “holistic”).

Is there any aspect of the centre in particular that stood out for you?

The gym was one of my favourite places because it is an open space, bright, with lots of equipment and you can use your imagination whilst respecting the doctor’s instructions. Another place that I liked a lot was the thermal water pool where hydrotherapy sessions took place. I also delivered some hydrotherapy sessions, but above all I observed the work of my colleagues a lot.

From what you say, it is evident that it has been a recommendable experience.

I recommend it, it’s enriching and exciting. And I encourage all those who have a specific interest in any sector or just have the curiosity to see how things work in other countries to try it. Often during fourth year placements we do not see things that interest us or we want to deepen our knowledge of. Physiotherapy is so extensive that it is impossible to see everything and you have to try to see as much as possible to get an idea and understand where you want to focus your career. Going abroad to do so opens even more doors because you see how they work in other countries (quality, quantity, working conditions, salary) and get an idea of where and how you would like to work.

What have you learned about yourself? 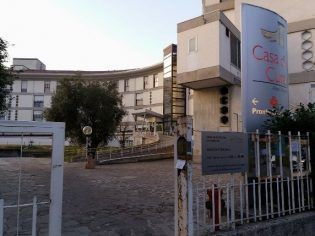 Having some experience abroad shows that you are an open and enterprising person and I assure you that this is highly valued. To me personally, that means being in a hospital with many international patients – I have treated English patients, Germans, Russians, Arabs – and I have even interpreted for the doctors.

So I would encourage everyone to have this experience, it is an opportunity that you will not be able to take advantage of at a later stage. And if you are lucky, they might offer you the chance to stay like they did with me. At the moment I have other goals in other countries, but I know that one day, if I want it, I have new friends in Italy and a job that awaits me. Without Erasmus + I would never have achieved this, or not so easily.