Home Our students Isabella’s Erasmus experience: making each other happy

Isabella Ruiz-Escribano, a fourth year Physiotherapy student here at University CEU Cardenal Herrera, has just completed an Erasmus+ placement in Paris. It has been an intense six months of hands-on learning, and upon her return, she wanted to share her experience with us. This is her story.

Hello, my name is Isabella. I made the decision to spend some of my placement weeks abroad a long time ago. Out of all the options, I chose to do it in France, since the role of a physiotherapist is very important there.

In the end, I was accepted to do four rotations in two public hospitals in the south of Paris, Kremlin-Bicêtre and Paul-Brousse. When I first got there, I didn’t find things very easy because I had never done a placement and it was not my mother tongue.

The two hospitals I was at were quite large and had many different services, so I was able to get to know lots of different areas of care. The placement timetable changed a little depending on the rotation I was doing at the time, but it was Monday to Friday and consisted of about 7-8 hours a day with a lunch break.

“This experience is a personal milestone, having been able to live life in a country which is completely different to your own” 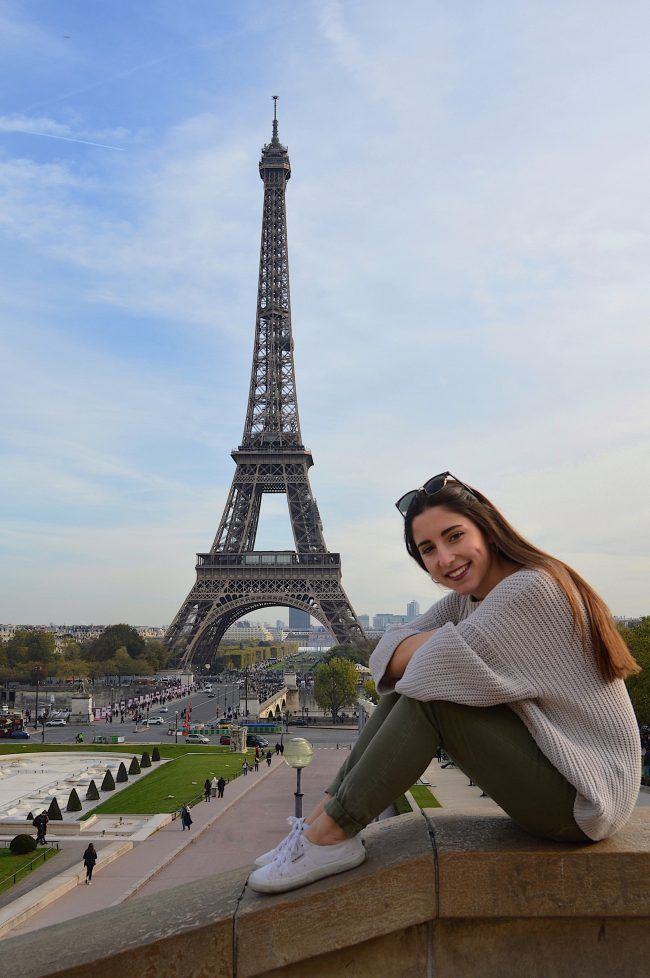 One of the things that really stood out for me was the importance of the role of a physiotherapist in France, since they have more autonomy and the number of physiotherapists per department is very high, about three or four per area on average, unlike in Spain. In addition, respiratory physiotherapy is a whole new world waiting to be discovered by Spanish physiotherapists who are unaware of it.

In terms of the language, I could tell you thousands of anecdotes of all the times I kicked the French dictionary to the curb, but I am left with the pleasure of knowing how much I have improved, which is more than just a little, since I experienced total immersion. As for the people and colleagues at the hospital, I met all kinds of people, but the best ones were the patients. They treated me like one of their own, and after all, they are the most important.

Without a doubt, I would repeat this experience a thousand times over, because it is not only about learning new things on a physiotherapy level. It is also a personal milestone, having been able to live life in a country which is completely different to your own.

If you are reading this because you are doubting whether to go or not, I’m just going to give you some advice: Start the paperwork as soon as possible, then you will not want to come back to Spain! (Mind you, take some Serrano ham, you will not be able to find the same.)