Home Our students Salma El Omari: “The practical approach is the thing that I like... 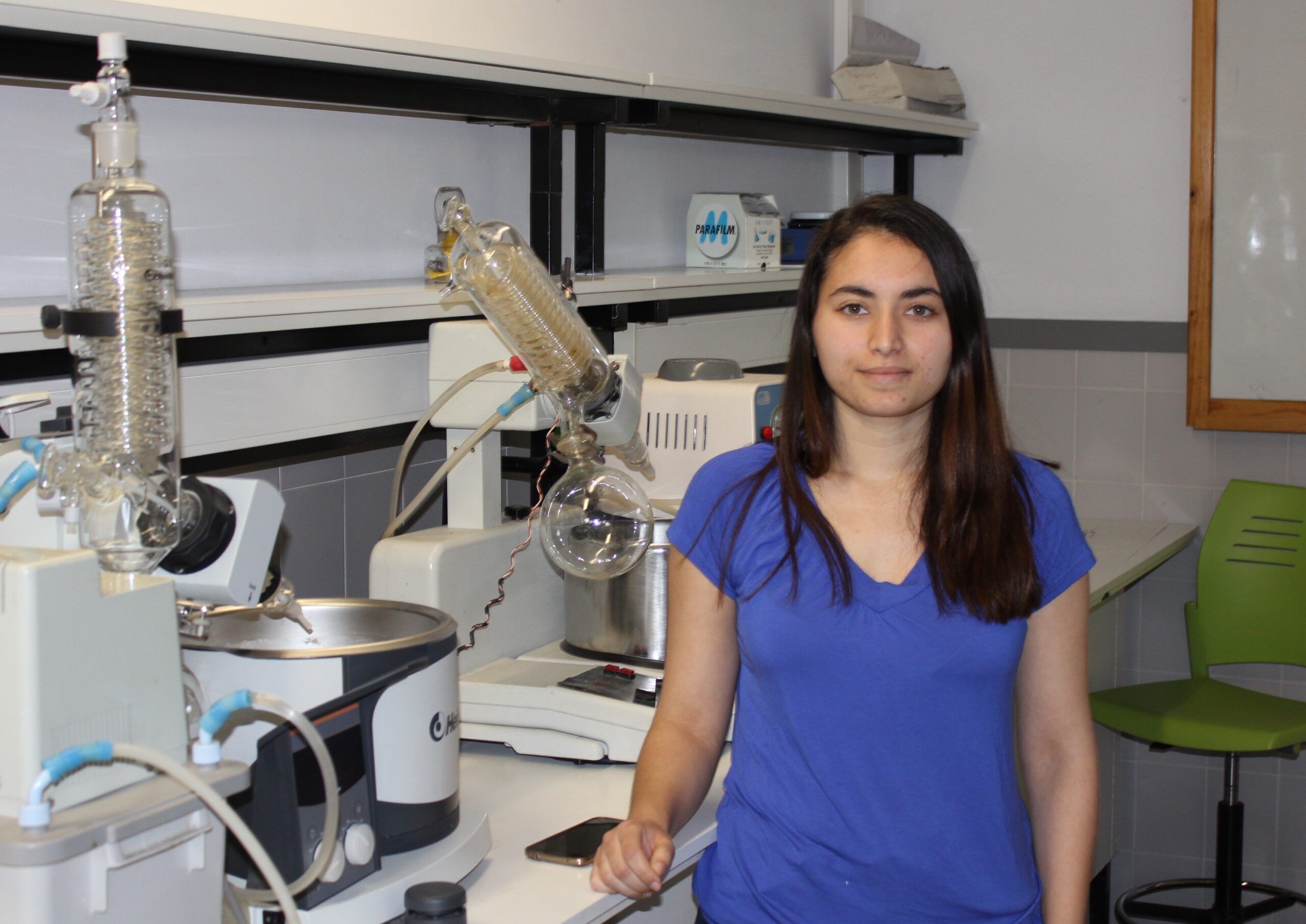 Hello Salma, you are here studying with us a degree in Pharmacy. Tell us about yourself so we can get to know you a little better!

My name is Salma and I come from Morocco, I am 23 years old and I have come to Valencia to study Pharmacy. Before this I did two years of Medicine in France but it didn’t go so well; then I wanted to do Architecture, but when I saw the opportunity to study Pharmacy I chose it because  I personally think it is much more interesting!

So you were born in Morocco, studied in France and now you are in Spain. Do you find many differences between these three countries?

The first thing would have to be the weather, it is much colder in France and much warmer in Morocco…here in Valencia I think the worst thing is the wind! Another difference is that there are many more places to hang out with your friends and it seems to be easier than in France, here you have the choice to go anywhere walking because of the sun, because of the people, everyone is so open and nice.

You told me before the interview that you had already been to Spain before coming to study at University CEU Cardenal Herrera, where did you go?

Yes, it is not the first time I have been to Spain; I used to come almost every summer with my family on holidays, we used to go more to the South of Spain: la Costa del Sol in Andalucía, which I really love! I really like to spend time with my brother and my family here in Spain.

I also went to Navarra in the North of Spain; they like to eat a lot of meat there, big pieces of meat! And I went to Madrid, where you can find everything you want: the food of Navarra, the paella of Valencia, the fish of Andalucía…Madrid is really a big city!

Let’s talk about our University, what do you think about your three years with us?

The first contact I had with CEU Valencia was my first summer when I came to do the interview because they wanted to know me better. The first impression was really good, really nice people, even my father told me the same thing, they were always smiling and made things easier for me.

The teachers understand that you come from somewhere else, so they really try to make you progress, they don’t let you aside.

About the practicals I think they are really complete, especially from the third year of Pharmacy because you really do things that have something to do with your future job. I know people from other countries that come to Spain just for that touch, for the practicals, because the system here is very practical and experimental, and one of the best things that we found here is that we don’t have to move to another building, we have to move only to one place and we have everything there.

We are glad to hear that; do you like your schedule?

I asked about exams to other students and they told me that they liked the system we use here, is there really that much of a difference between Spain and other countries?

The big difference between exams here and France is the time between them. Here you have a week or two weeks to do all and in France you can do three in the same day, and two the next day…you don’t really have that much time to prepare each subject!

We talked enough about your student life, what do you like to do in your free time?

I live in Moncada but Valencia is only twenty minutes in metro from here, so I like to go there because you can find a lot of history, traditions, culture, for example the old town.

I heard before coming here that Valencia is the capital of architecture, I like to go to see the old towers, the plaza de toros, I love las Fallas, a very special festival from here. You can see how people from Valencia are committed during that week when you see how they spend the whole year making the figures and then the last day they burn them all at the same time.

This interview was done by Jorge Navarro Rodríguez, student of 4th year of Advertising & PR