Home Our students Morocco: the country of flavors, aromas and colors

Four Moroccan students of Pharmacy have presented their home country’s traditional nutrition and culture to fellow students and professors of the University CEU Cardenal Herrera. 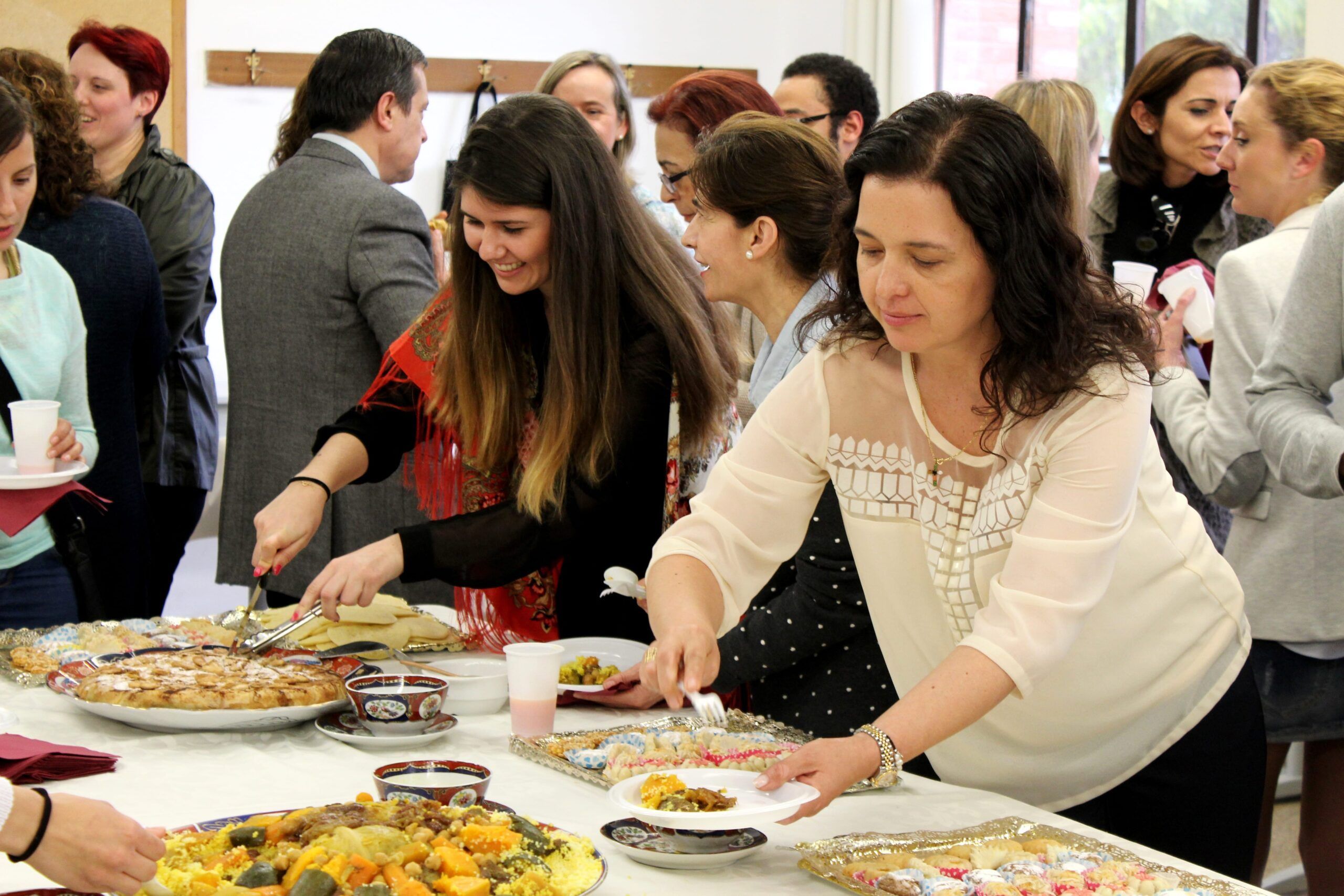 “Food not only is an elixir of life, it is a symbol of a country’s culture, which brings people together”, Dra. Loles Silvestre Castelló, professor of Nutrition of the University CEU Cardenal Herrera, opened a culinary event organized by four of her students of Pharmacy: Yasmine Svistakova, Fatima Zahra Bidnaben, Salma El Omari and Maha Aherdan Homman-Ludiye presented the typical food and customs of a country which is “geographically so close to Spain, but in terms of cuisine and traditions totally different: Morocco.”

The four girls had worked for weeks on the presentation to take interested fellow students and professors on a culinary journey to their home country, where food still enjoys high priority. The Moroccan daily life is oriented towards having lunch and dinner together: children, for example, usually eat at home in their lunch breaks and on Friday, which is “not a normal day for Moroccans”, the whole family comes together to have North Africa’s traditional staple food: Couscous.

Spices are – without doubt – the defining point to any authentic Moroccan meal and are also known to be used for their medicinal value. “Moroccans include at least three different kinds of spices in every dish”, explained Yasmine Svistakova. Moreover, the girls elaborated on the nutrients of other important native products of their country which is rich in a variety of fruits, vegetables, fish and seafood.

Their religion also influences Moroccan cooking as Muslim dietary restrictions, for example, prohibit the consumption of pork and alcohol. During the holy season of Ramadan, when Muslims fast during the day, a thick soup called “Harira” is served at night. Yasmine, Fatima, Salma and Maha have adapted to the Spanish food culture – also due to the fact that they cannot find all the typical Moroccan products in Valencia’s supermarkets. “Of course, we can also find fresh vegetables and fruits in the Spanish markets, but it is difficult to find “Halal-food” here. Our parents always give us tons of Moroccan products when we are at home to take it with us to Spain”, said Fatima Zahra Bidnaben.

Some of the culinary highlights of the Moroccan culture are certainly the special dishes served during Moroccan wedding ceremonies, which are supposed to show the “generosity, hospitality and happiness of the families.” The students, professors and employees of the University CEU Cardenal Herrera not only were given a profound impression of the Moroccan culture, but also the opportunity to try the authentic taste of the country´s cuisine: Couscous, traditional sweets, juices and tea left no doubt about Morocco’s richness in flavors, aromas and colors. International student Marielle Falourd from France got to the heart of it: “The girls really took us on a journey to Morocco – it was great to get to know their interesting culture and the food was just delicious!”