Edvard Munch was a Norwegian painter and engraver of the movement of expressionism that almost all of us associate with one of his works: The Scream. Munch was a painter who spent almost all of his life followed by illness and death. He also suffered serious and recurring mental health problems. The presence of all of these themes in his works is almost a constant. 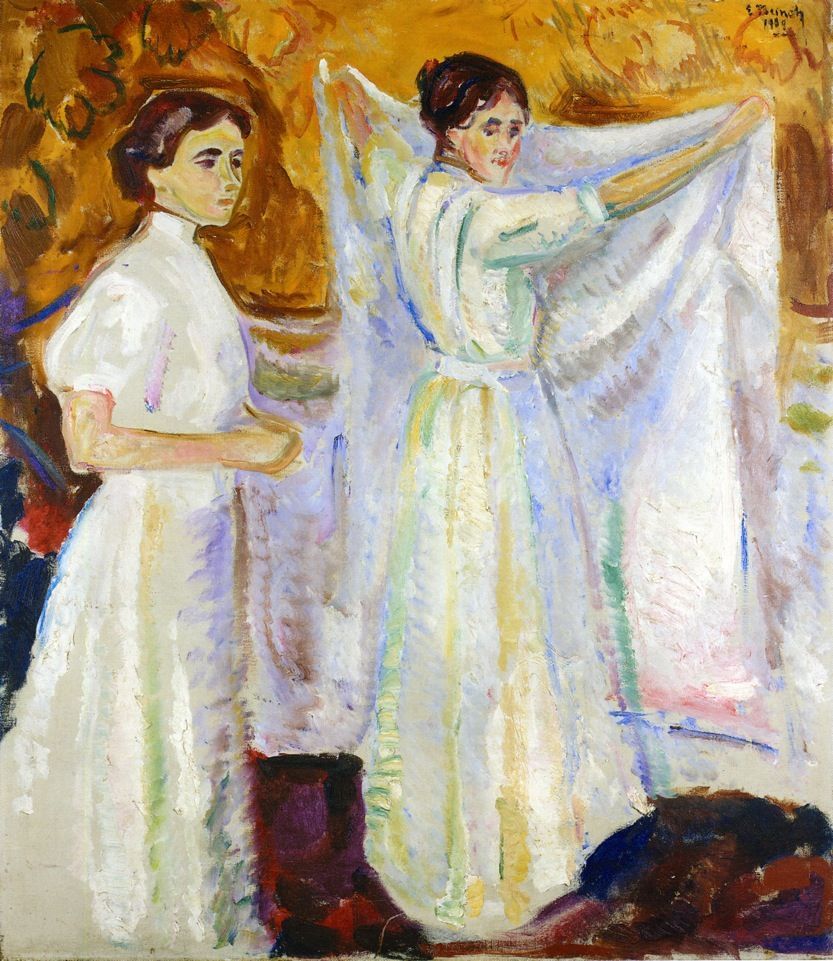 As an example we can look at “Two Nurses” or also “Nurses Holding a Bed Sheet” from 1909, which was found in a private collection. 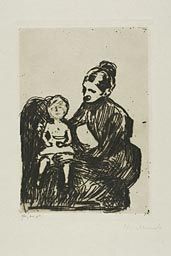 Several years before, in 1884, Munch painted a scene in a hospital in the painting known as “The infirmary at Helgelandsmoen” which is conserved in the Munch Museum in Oslo. In this work, as well as the patients, Munch also painted a nurse tending to one of them.
Later on, in 1906, he did a painting of Mrs. Helena Schwartz, a painting also known as “The Nurse” which we don’t show here but it is exhibited in the Bergen Kunstmuseum, Norway. There is more than one study on this work and a lithograph of it as well.

The lithographic work and in prints of Munch it is also extensive and it’s in this part where we find more images related to nursing. An example of this is the print that is titled “Nurse with a boy”.

Towards 1908 Munch’s health suffered a notable decline with anxiety problems aggravated by alcohol; from those he came to suffer various episodes of paralysis. He was treated with electrotherapy, a popular technique at the time, by Dr. Jacobsen in his clinic in Copenhagen, staying in his care for 8 months. Various works of Munch including the medical profession date back to this period. One of them is a drawing or sketch that shows the painter receiving one of the electrotherapy sessions together with Dr. Jacobsen and the nurse Shacke. This nurse also appears in other frames done by Munch. 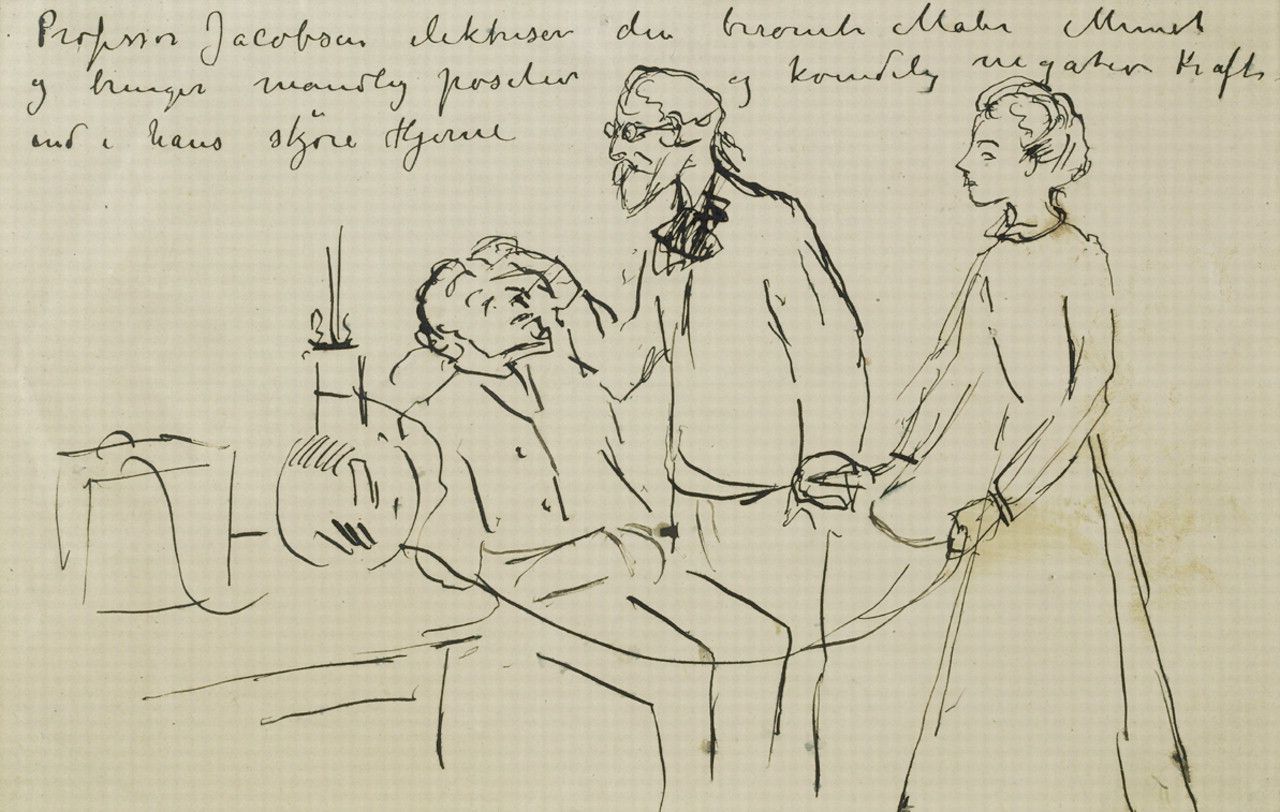 But Munch’s probably most well-known work in which the noble profession of nursing is represented is that which is known as “The Ill Girl”, a work that he painted many times and which reflects the illness in his sister Joanna Sophie, who died of tuberculosis at the age of 15. The work, of which there are at least six other frames of various lithographs and prints, also shows the patient and the person who tends to her (her nurse?).

The nurse holds the patient’s hand, the patient who apparently was found in her last moments, and she hangs her head as if wanting to hide her pain. It has been speculated, by the clothing and the hairstyle of the nurse, that Munch represented one of his aunts here who was called Karen, and she looked after his sister until her death. Be as it were, the work is without a doubt full of feelings and emotion, perfectly expressing the relationship between nurse and patient.

To conclude, in going over some of his works we have seen the influence of illness, death and mental health in the work of the genius, painter and patient that was Edvard Munch and particularly how this artist known worldwide portrayed nursing and the role of nurses in his work.

Written by Vicente Rodilla in name of the group of Research+Teaching in University CEU Cardenal Herrera: “ArteSalud” (IDOC1505 reference)

10 Benefits of Being a Nurse