Home News UCA centers: solution to people with an addiction in Valencia

Last Wednesday I attended a new session on health in the framework of “Los miércoles hablamos de salud“. Teresa Orengo Caus came from the UCA (“Unidad de Conductas Adictivas” or Units of Addictive Behavior)  to give us a talk about the addiction to drugsand how to prevent it.

During the recent years, researchers have pointed out that the number of drugs users has increased remarkably, and men have suffered from them more than women. Therefore, from 1997, the Foundation for the Analysis, Study and Prevention of Addictions (AEPA) has been working with the ambition to promote and create initiatives in the prevention of addiction, and to be part of a network of resources for the assistance and rehabilitation of people with problems derived from drug use, addictive behavior, promoting their incorporation into social life. 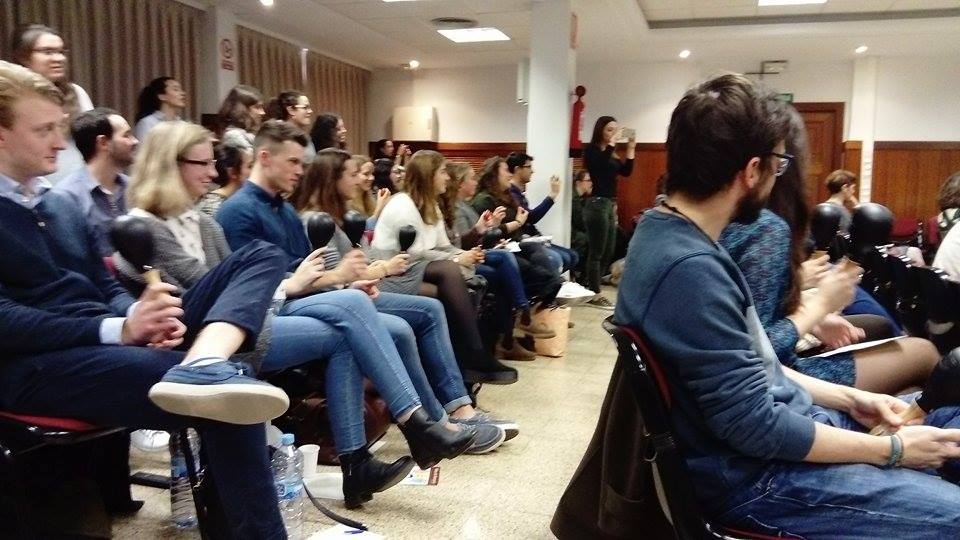 Belonging to the AEPA, the Units of Addictive Behaviour are effective health care centres because of their direct access and sectionalized nature. Each of them consists of at least one doctor, a psychologist and a nurse. Their working methodology can be resumed in the word STEPPS: System Training for Emotional Predictability & Problem Solving. There is a wide range of programmes organized in order to improve the action of people with addictions, such as physiotherapy for cocaine-addicted people, alcoholic women, adolescents running with marijuana and addicted to tobacco.

However, for people with serious symptoms, for instance, abstinence symptom or not-controllable of a number of drugs taken, the treatment can be different. There are two different approaches as shown in this table:

In conclusion, the addiction is something treatable and can be prevented before it becomes dangerous; think about going to a place where you cannot smoke or use drugs. Finally, Teresa suggests the film Trainspotting, a black comedy that reflects fully the life of people with addictions.

10 Benefits of Being a Nurse