Home Our Students One of our students of Law and Politics in the UN Security...

University CEU Cardenal Herrera student Paloma Torres Buqué has been selected by the Ministry of Foreign Affairs for this scholarship in the Spanish Mission to the United Nations in New York during the first months of the Spanish participation in the Security Council as a non-permanent member. 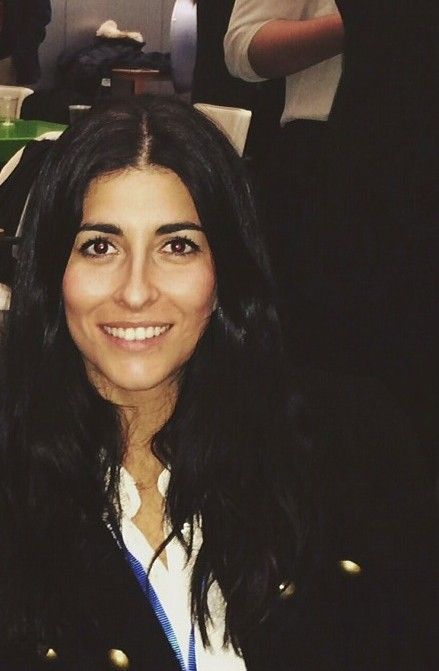 Paloma Torres Buqué, student of University CEU Cardenal Herrera who holds a scholarship awarded by MAEC to participate in the Spanish Mission to the UN

Her dissertation on peace operations in the Great Lakes region, supervised by University CEU Cardenal Herrera Professor Susana Sanz, has led into participation in affairs related to piracy in Somalia and the situation in different African countries.

The student of double Degree in Law and Politics at University CEU Cardenal Herrera, Paloma Torres Buqué, has been awarded a scholarship by the Ministry of Foreign Affairs to work in the Spanish Mission to the United Nations in New York. The election of Spain as a non-permanent member of the United Nations Security Council enables Paloma Torres to actively participate in the activities of the Spanish diplomatic team, engaging especially in topics related to the African continent on which she wrote her dissertation in Law at our university.

University CEU Cardenal Herrera is one of the Spanish universities that hold an agreement with the Ministry of Foreign Affairs and Cooperation in order to enable its students to apply for scholarships at Spanish embassies and diplomatic headquarters all over the world. In the past two years, a dozen of ourstudents of Law, Politics and Journalism has participated in this scholarship programme and worked in embassies in Washington, Paris, Düsseldorf, Santiago de Chile, Buenos Aires and other international destinations.

Paloma, in which projects that the Spanish delegation is working on at the moment in the Security Council, are you participating?

Among the projects undertaken by the Spanish Mission, I have been assigned those related to Africa. My work consists of assisting my assigned diplomat in everything related to Democratic Republic of Congo, Somalia, Burundi, Uganda and to issues related to piracy on high seas. I participate in meetings of the United Nations Security Council on these topics and I write reports on the situation in these countries, summaries of the meetings, etc.

The topic of your dissertation in Law was precisely about peace operations in Africa, which must have had influence on your appointment. What issues did you deal with in this work?

Last year, my 4th year in Law, I presented my dissertation on ‘Multinational Peace Operations within the UN framework: Africa, the Great Lakes region’, under the supervision of Professor Susana Sanz. I think it was due to this work that I could perform well in the selection process of the Ministry for the UN. In fact, I am studying Master in Law and Politics because I’ve always wanted to work in the UN. What also affected the selection process was my command of two languages, English and French.

I am very grateful to my beloved teacher, Ms. Susana Sanz, who encouraged me and provided guidance when I was writing my dissertation. I would also like to thank our Dean Mr. Joaquín Marco and all the teachers of this second semester who have helped me participate in this scholarship.

What is you experience in the United Nations like, so far? What does this opportunity mean for you and what are your expectations regarding the development of your career in the area of International Law and Diplomacy?

My experience in the Spanish Mission to the United Nations is very fulfilling and I would classify it as exceptional. For me, to be able to participate in the meetings of the Security Council is a dream made reality. The work days are difficult and we are subject to very high expectations; even though our diplomatic body is of very high level and training, for which reason we are continuously supported and advised during the process of carrying out you work. They are also extremely comprehensive and kind to the interns. I would like to pursue a career in the area of International Relations but at the moment, I am focusing on carrying out my work the best I can, until September, when my scholarship will come to an end.

What was the selection process at the Ministry like?

The scholarship was offered by MAEC to all private and public universities in Spain with which they hold an agreement. The first selection was based on our CVs and academic records. Afterwards, the process sped up since on 1 January, Spain joined the Security Council as a non-permanent member and the workload increased considerably. We were invited to the headquarters of MAEC in Madrid in December to pass examinations, divided into two groups of candidates. I joined MAEC on 6 January and I will be working with the Spanish delegation until the end of September 2015.

You also did an Erasmus placement in Paris. Where did you do your placement and how was your experience?

In September of this academic year, I received an Erasmus Grant to study during the first semester of my final year in Politics at the Paris Ouest Nanterre La Defense University in Paris. This was also a very positive and fulfilling experience. I came back from Paris at the end of December and at the beginning of January, I moved to New York to join the Spanish Mission to the UN.