Are you able to get by in Spanish? Every year thousands of students arrive to Valencia to study a University programme or scholarship.

However, your Spanish language skills might not be sufficient and this can be difficult for you during your stay.

If you can’t speak a word of Spanish you’ll probably choose socializing with other people from your country or those who speak your language, missing on the opportunity of meeting more people and living to the full your experience in Valencia.

Spanish is the third most widely spoken language in the world only after Mandarin and English. Millions and millions of people communicate in this language around the world, so speaking Spanish gives you a lot of various benefits. Not only will you be able to work in a Spanish-speaking country or company, but you will also be able to start a conversation and meet a lot of new friend during your stay in Valencia.

Living in Valencia will help you with this since it offers the best surrounding and tools for learning this new and useful language that is Spanish. It will provide an unforgettable experience that can change your life.

Every year, the University CEU Cardenal Herrera organizes Spanish courses for students. These courses are lead by teaching professionals specialized in Spanish who can teach you using effective and proven methods until you are fluent in Spanish. 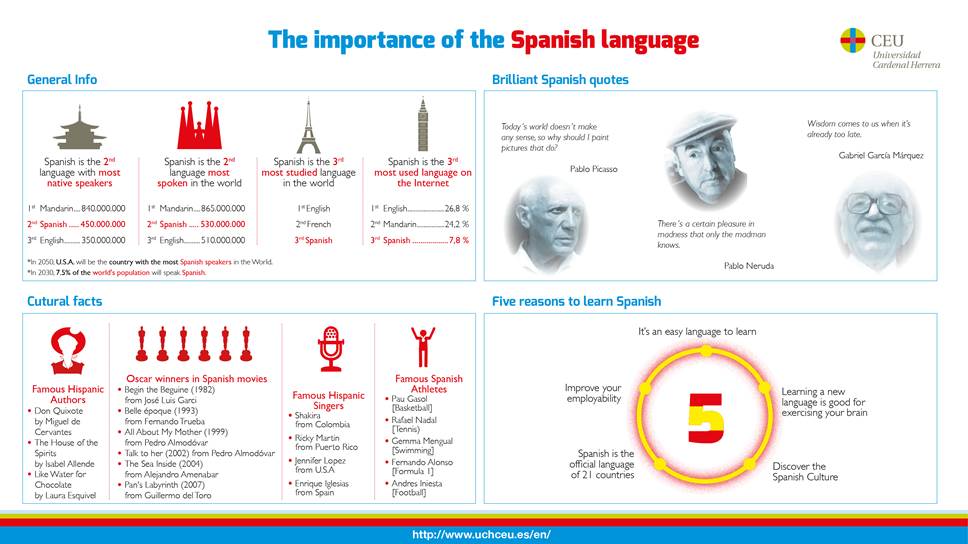 At the University CEU Cardenal Herrera we offer a range of specializations and levels. We currently run 16 Spanish courses ranging from A1 beginners to B2. Not only do we offer general Spanish classes, we also focus our language learning designed for specific needs of students. For example if you study Veterinary Medicine, we can teach you the corresponding vocabulary and help you practice through role-plays. We also offer specialized courses in Medicine, Dentistry and Physiotherapy. In addition, students can participate in Language Exchanges with our Spanish students who wish to practice their English. Furthermore, various activities such as treasure hunts, music nights, film screenings, food tastings etc. are organized throughout the academic year. We ensure that our students learn as much about the Spanish culture as they do about the language!

However, learning any language doesn’t stop when you leave the classroom. If you really want to be proficient in Spanish you’ll need to complement your education with other activities that will help you practice everything you have learned:

Listening to the radio

Listening to the radio in the language you’re trying to learn is a great way to start picking up bits of that language, fix correct pronunciation and get used to the language.

Some of the most recommended radio stations to learn Spanish are NewsInSlowSpanish and RadioLingua Coffee Break Spanish because they focus on language learning. On the other hand, you can listen to mainstream Spanish radio stations such as Cadena SER, Onda Cero, COPE, RNE…

It is highly recommended to read not only short Spanish books that you can find in any library but also some of the most popular Spanish newspapers (El País and El Mundo).

Another fun activity that can help you in learning Spanish is watching films and TV in the language. It is one of the most frequently used methods that millions of people profit of to improve their knowledge.

It’s also important to remember apps. There are thousands of apps for learning Spanish that can help you continue practising through fun activities. The most popular ones are Duolinguo, Memrise, Busuu o Rosetta Course among others.

Remember that there are other external institutions that supplement the University of Cardenal Herrera CEU in teaching Spanish. For example the student residence Ausias March, one of the oldest student residencies in Valencia, also offers free Spanish courses for their residents. 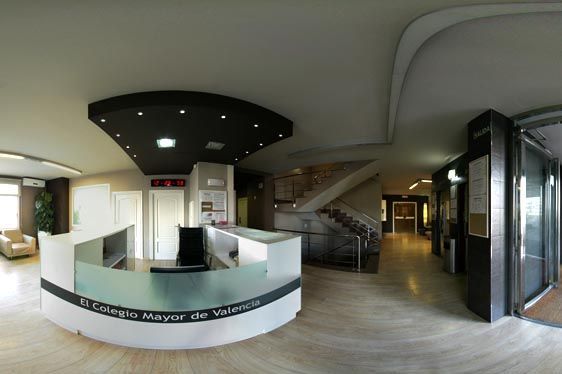 In a place like Ausias March you can improve your Spanish through daily social activities, a positive and frequently used method that you can also profit of if you live in a shared flat. There, students have to make an effort and forget their fear of making mistakes or of speaking out and they practice what they have learned in their Spanish classes in probably the best way. For this reason, the friendships you make with Spanish speaking students are really useful for your language learning.

So, if you are in Valencia or you’re about to arrive to Spain for your scholarship, don’t miss out on the chance of learning Spanish in the best surrounding, using all the tools that are at your disposition.