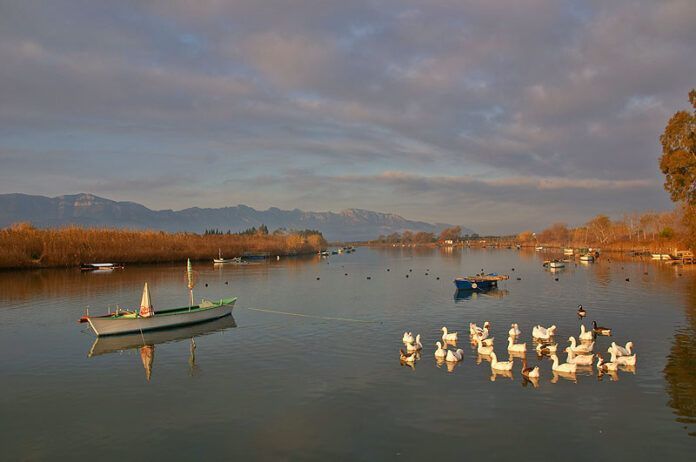 I have choosen to study at University CEU Cardenal Herrera, located in Spain in the city of Valencia.

Valencia is a Mediterranean city with around 800,000 inhabitants, it´s also the third biggest city in Spain and it´s located on the banks of the river Turia, on the Levant coast of the Iberian Peninsula, right in the center of the Gulf of Valencia and on the shores of the Mediterranean Sea. 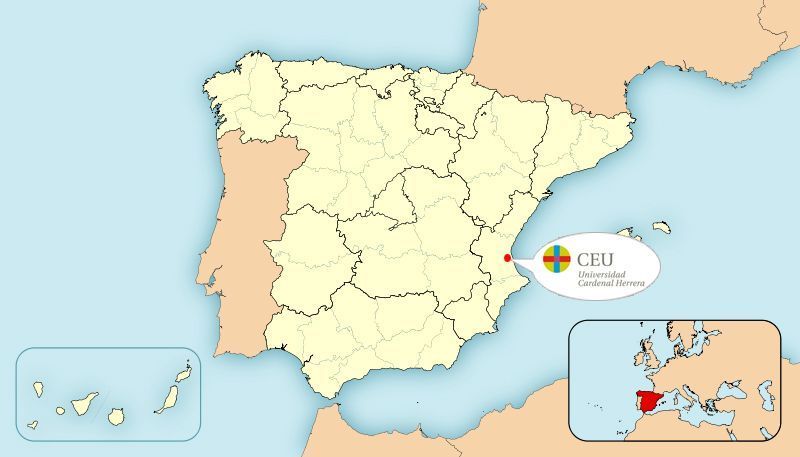 Valencia is an ideal city to live and work in for many different reasons, because of its size, climate, the life style its inhabitants enjoy, the cost of living here and its cultural scene.

Valencia´s historical site is one of the most extensive in Spain and thanks to this historical and monumental heritage and to its diverse scenic and cultural sites; it is one of the busiest tourist locations in the whole country. Among its most symbolic monuments are; the Miguelete, the Cathedral, the Torres de Serranos and Quart, the Lonja, which was declared a World Heritage Site by UNESCO in 1996. 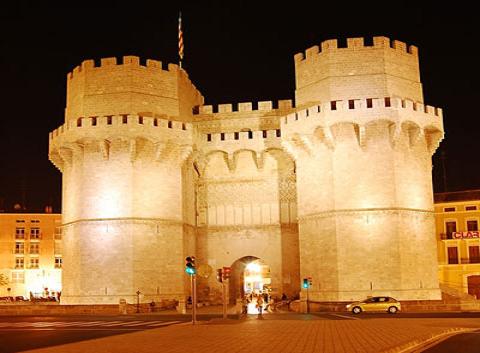 You have to visit the City of Arts and Sciences. The City of Arts and Sciences in Valencia is a unique complex devoted to scientific and cultural dissemination which is made up of five main elements: the Hemisfèric (IMAX cinema and digital projections), the Umbracle (a landscaped vantage point and car park), the Príncipe Felipe Science Museum (an innovative centre of interactive science), the Oceanográfico (the largest aquarium in Europe with over 500 marine species) and the Palau de les Arts Reina Sofía (which takes care of the operatic programme). The Ágora gives the complex a multifunctional space. 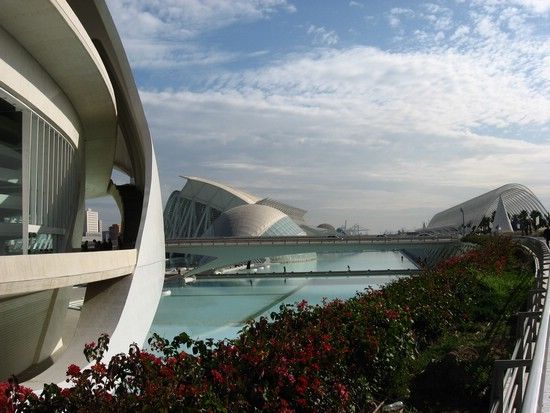 It should also be noted that the Museum of Fine Arts in Valencia is the most important pictorial museum of Valencia, as it is one of the first of its kind in Spain, alongside the Instituto Valenciano de Arte Moderno (IVAM), whose aim is to research and publicize the art of the twentieth century.

Because of its great history, this city is home to a wide range of festivals and traditions, of which the Fallas festivities are the most noted and were proclaimed celebrations of international tourist interest on January 25, 1965. Besides this, Valencia has previously been and is at present the site for various international events that have helped to shape the city and give it international recognition, for instance; the Regional Exhibition of 1909, the 32nd and the 33rd edition of America’s Sailing Cup, the European Formula 1 Grand Prix and the 500 tennis open.

Valencia has a major airport which facilitates both arrival to the city and transfers to numerous destinations, 46 in total, most of which are either national or European destinations, with; Germany, France, the UK and Italy contributing the majority of passengers.
The airport is located 8km away from the city centre. Two underground lines provide connections from the airport to the city of Valencia in an estimated 25 minute journey.

Valencia´s climate
Valencia’s climate is typical of a Mediterranean city; which is characterised by a mild and humid climate. Valencia has a mild climate without extreme temperatures and an average temperature which ranges between 11.5 ° C in January and 25.5 ° C in August, the average annual temperature of the city is around 17.8° C.

The city of Valencia has several natural sites and areas of special ecological, cultural and scenic importance: 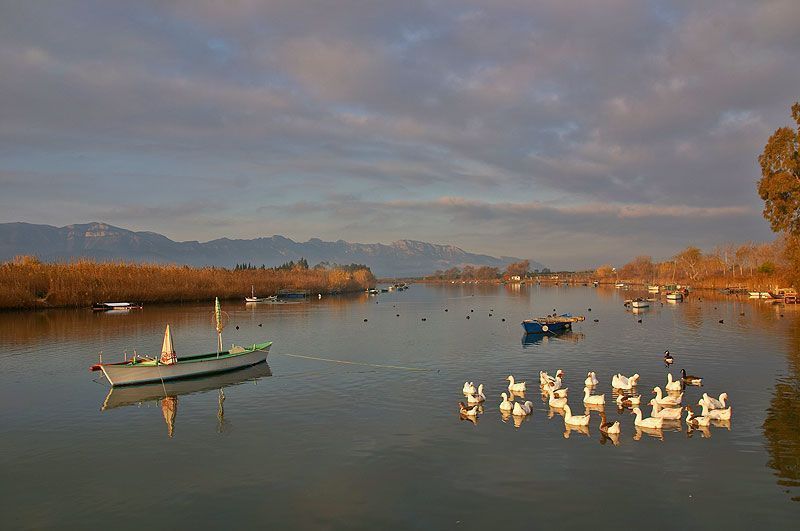 Urban beaches
Valencia has two urban beaches of fine golden sand, the beach at Las Arenas and the Malvarrosa beach, which have a large path along which you can find a variety of shops and restaurants. Once used as bathhouses, these structures now offer a wide range of accommodation and local cuisine. What is more, the beaches include lifeguard stations and a special swimming area created for disabled people. As it is a large open air area, it is the perfect location for numerous activities, such as; concerts, mascletàs, etc. 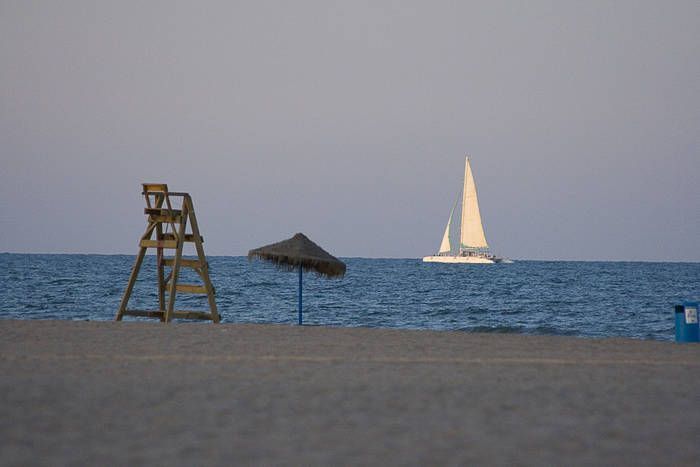 The city was regarded by the Romans as a place of rest and then, when the Muslims arrived in Spain they created many different plazas and gardens. Nowadays, the city has many parks and gardens, including; the Botanical Garden, the West Park, the Real o Viveros Gardens and the Benicalap Park. Around 90% of the city´s streets contain landscaped zones, whether on a larger or smaller scale.

The most famous garden of the city is that of the River Turia, with an extensive 6.5km of plant life. The garden is located on the old riverbed of the River Turia; which had to be diverted from its original path; the space that was left behind was then reused as a recreational area of more than 6.5 km long and is divided into several parts.

The Cabecera Park is located at the source of the River Turia´s old riverbed and contains an artificial lake, vast gardens, playgrounds and the Bioparc, Valencia´s new zoo, which was created on the philosophy of zoo-immersion.

The traditional cuisine of the city uses; rice, olive oil, garden vegetables and seafood from the Mediterranean coast, a famous Mediterranean diet.
The most famous dish of Valencia is Paella, which is made using rice and local ingredients, such as; chicken, rabbit, duck, snails, beans and vegetables. Several variants of paella have emerged with time including; seafood paella, a form of paella which contains vegetables only and one that replaces the rice with noodles, called fideuá.

With regards to famous Valencian drinks, the horchata de chufa (made with water, sugar and ground nuts) is the quintessential traditional drink of Valencia.
We also advise you to take a tour through the streets of Valencia and try the amazing tapas offered by the many bars you’ll find during your tour.

The cost of living in Valencia

Valencia is a very safe city, but to avoid surprises, these are a few tips for foreign students

Health in Valencia
Valencia has more than 30 primary health care centres. It should also be noted that Valencia has 7 public hospitals and 7 private hospitals. Foreign students can access health services in Valencia with their EHIC, or with their S1 document that is provided by their home country (for people coming to live permanently in Spain).

If you want to know more about Valencia, visit the International Relations blog at the UCH-CEU website, they provide advice on accommodation, public transport, etc….

Now you know where Valencia is and some of the reasons that make it a great city to live in. When you come to Valencia, the city will feel like a second home to you, and its people will be your new family!