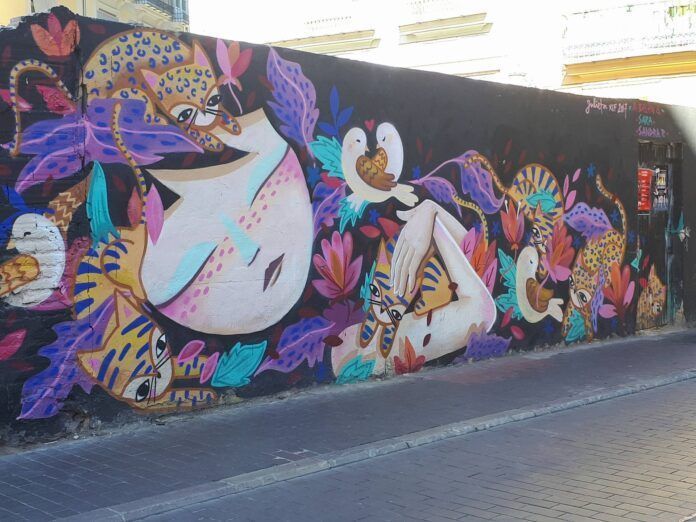 I wonder, what tours would you like to take after living for a while in a city? You have probably been to the historic tour, the bicycle tour, the tapas tour and so on. Believe me, it is just the very superficial level; to understand better Valencia’s personality, I decided to take a street art tour on a Sunday morning and it was fascinating. Moreover, when I mention street art, is a combination of two terms: graffiti (only signatures) and independent public art (artistic drawing). 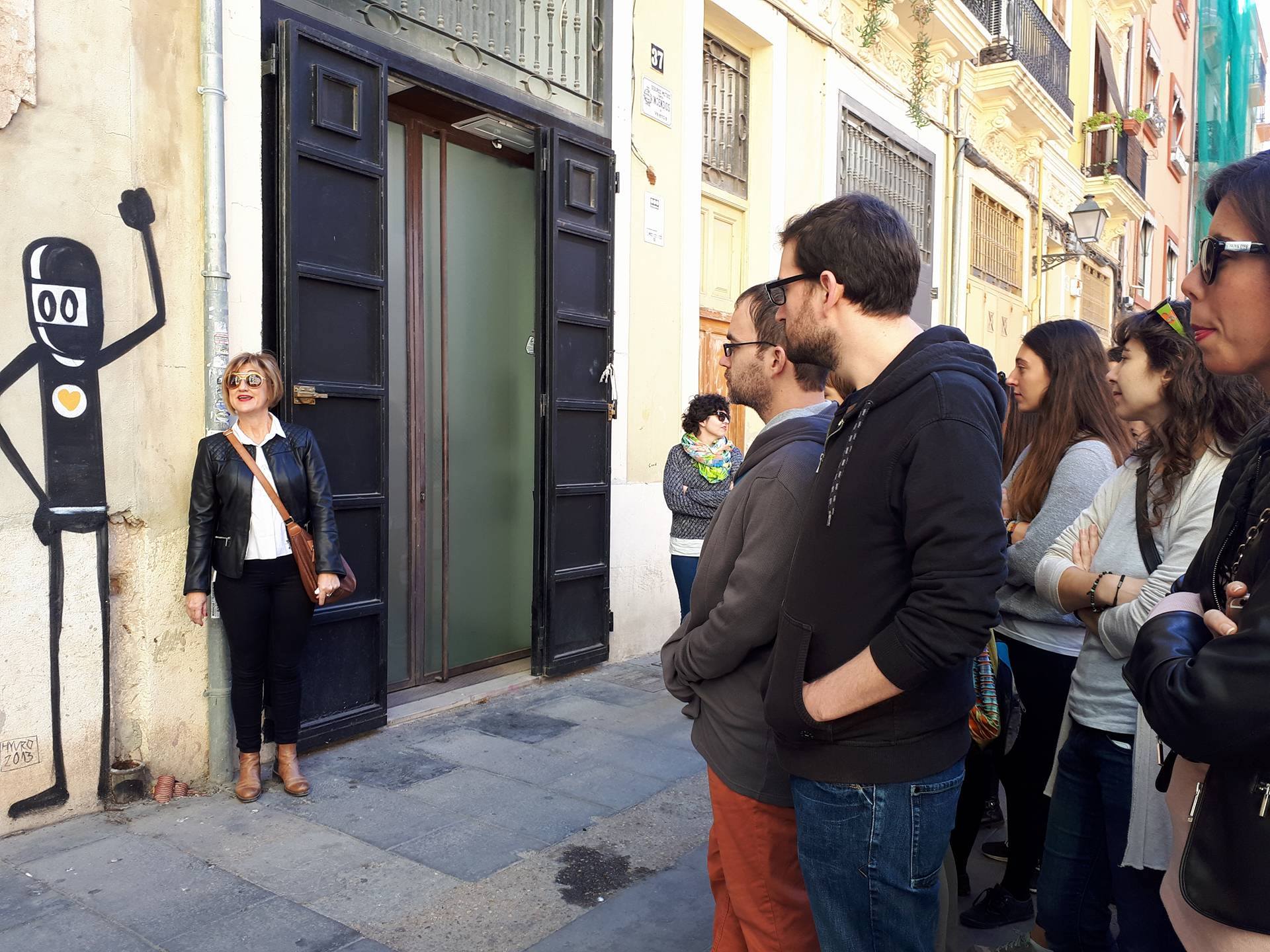 A bit of history

This part is going to be quick. Our guide tour told us that the root of it generated in Philadelphia in 1969 and not in New York as people often think. At that time, in a family, parents normally had 2, 3 jobs and the biggest sibling took care of the smaller. That way, kids were out on the street and draw on the walls. The art traveled the ocean and got to Spain during the 80s, and the three first cities were Madrid, Barcelona and surprisingly, Alicante (not Valencia as it could be expected). However, Valencia was filled by Madrid tourists, so from 1985, the walls of our city started to be painted.

My impression and fun facts

Hyvro: from Argentina, and her paintings most of the time dominated by black and grey colors and have a critical meaning, especially sympathy towards women. The first picture represents a woman climbed on two brooms; two possibilities: either she is a witch or she is trying to escape from reality. The second picture with women above and books below has shown a clear message: women reached education harder than men.

Julieta is a famous girl on the wall of Valencia. She is created by an artist called XLF. She has green hair and normally closes her eyes ( except in a few painting with open eyes). The second painting is called the dream, in order to support women with breast cancer.

How do we define a masterpiece? It when an artist can define perfectly the margin of his/her painting in a wall of many others. Probably, if we are staring at the picture for 5 minutes and still don’t get what is written, like this one below. 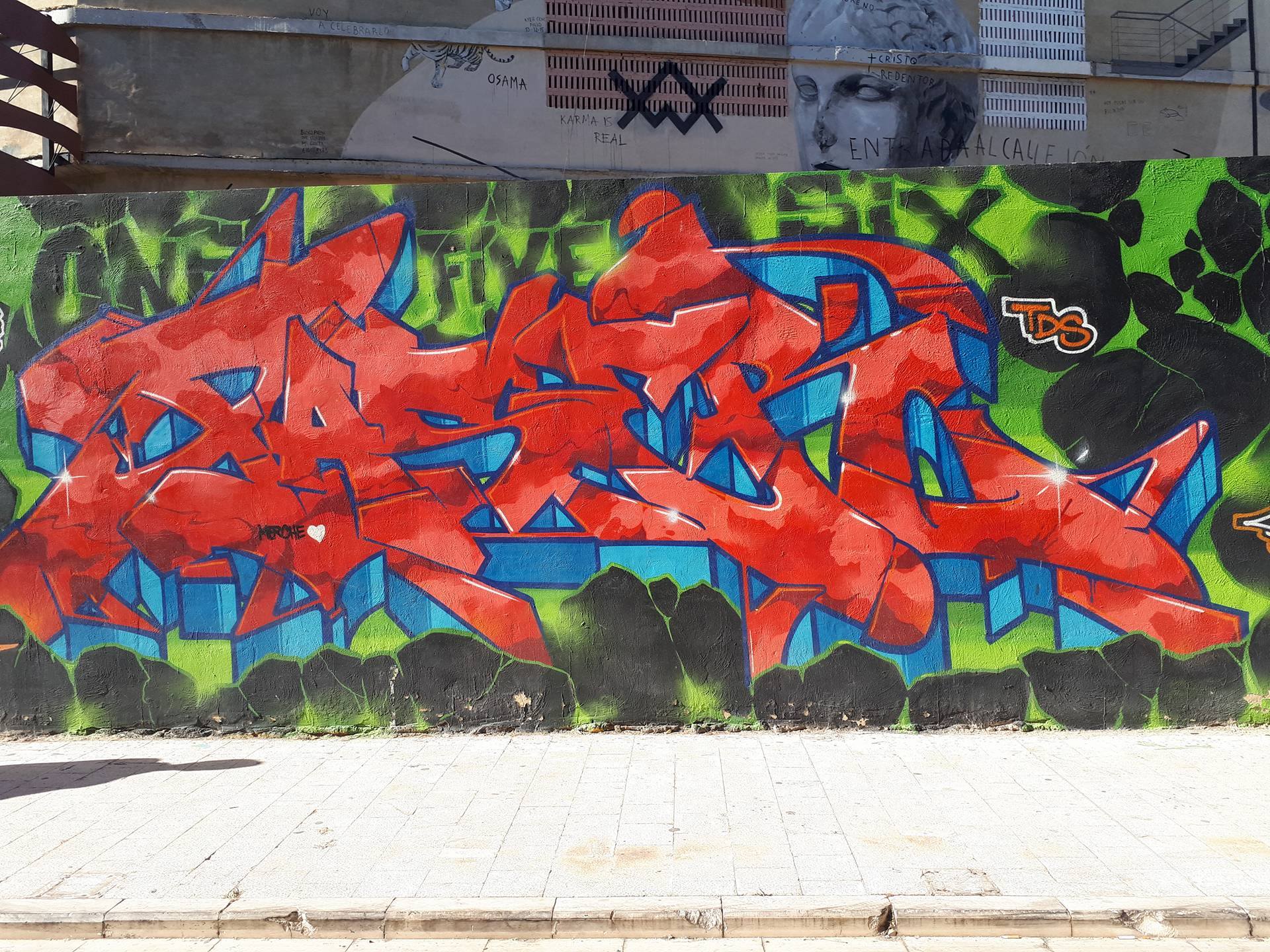 I hope you will start hunting the splendid graffiti work around Valencia. It is a very healthy hobby.