Home Valencia Discovering the real taste of the real paella 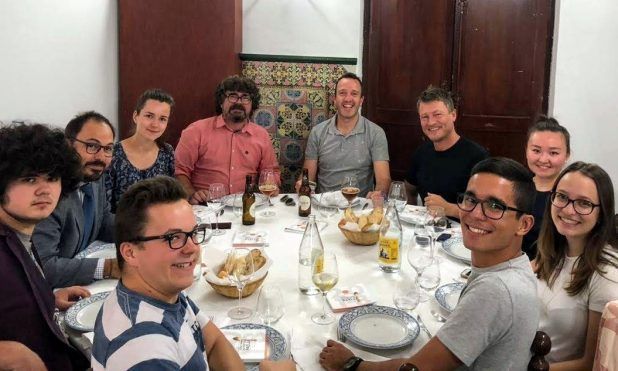 We all gather at Racó de la Paella, a Spanish restaurant adorned with colourful patterned tiles and sit at the round table. It’s lunch time so the restaurant is full of people who came to enjoy tasty food and nice atmosphere. While waiting for the food we chat about Spanish cuisine and share our experiences. Our students come from many different countries such as Iceland, Kazakhstan, France, Venezuela and Nicaragua and all of them know perfectly what paella is.

“This is the reason why the association Wikipaella was found”, explains Guillermo Navarro. He adds, “Paella has become an attractive worldwide brand. We are happy about it but at the same time our traditional dish is losing its authenticity. Wikipaella is trying to define what the authentic paella is and show the diversity of  Spanish culture.” 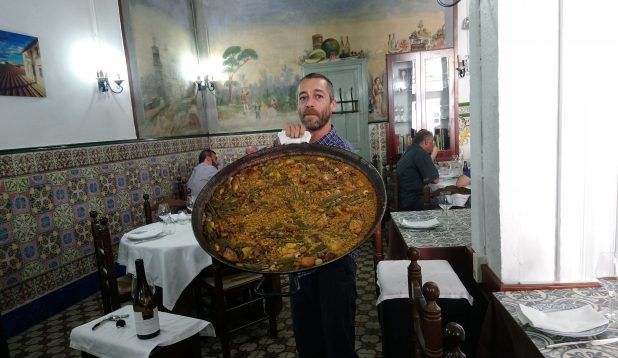 After enjoying some traditional tapas the owner of the restaurant invites us to the kitchen so that we could see what the process of making paella is. The chef explains some interesting details about the ingredients and assures that our paella valenciana with chicken and rabbit will be very tasty. We soon find out that he didn’t lie.

However, students are told that it is quite a big challenge to find a really good paella here in Spain because of the massive tourism. For that reason, another objective of Wikipaella is to support restaurateurs who uphold the gastronomic traditions and let people know where they can find tasty, fresh and authentic food.

“Paella has become an attractive worldwide brand. We are happy about it but at the same time our traditional dish is losing its authenticity”, says founder of Wikipaella

After the dessert everybody feels full and happy. Moreover, the students are already planning on going all together to one of the restaurants that the founder of Wikipaella has recommended. “My grandmother is coming to visit me next week so I’m definitely going to take her to eat paella,” says Ragnar, one of our students who is extremely interested in Spanish culture. 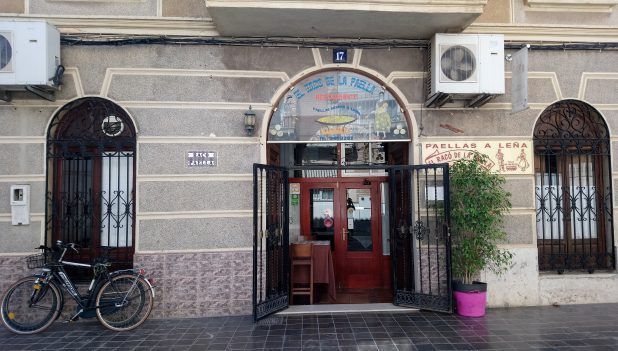 Guillermo Navarro thinks that such activities not only educates, but also enriches and broadens one’s horizons. He adds, “It is such a big pleasure to be able to interact with students that come from many different countries and show them our traditions and cultural diversity which is the main purpose of this activity.”