Home Our students Rafael and his Erasmus+ experience: a hop from Portugal to Spain!

The Veterinary Hospital Clinic at our university offers students from other countries the possibility to do internships and visits to our facilities. From September 2015 to March 2016 we had Rafael Veiga working with us. 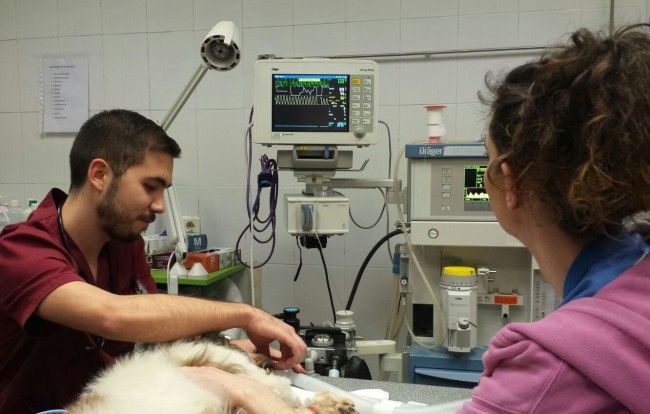 Rafael studies Veterinary Medicine at the University of Évora, Portugal. He is currently in his 6th and final year of the degree and he has spent time in our hospital. We asked him to tell us about his experience through some questions, to get to know his habits and know what he thought of ours.

1. Why did you decide to do an internship abroad?

I decided to work abroad because I wanted to know another reality, to live in another culture and put my ability of adaptation in an unknown place to the test.

2. How did you find out about University CEU Cardenal Herrera?

I knew your university through the Erasmus+ programme, because it is one of the institutions that we have an agreement with. I also spoke to my friends who had done an Erasmus+ in your university and they gave me more details.

3. How was your experience in adapting to a different place with a different language? Did you already know how to speak Spanish? Was it difficult for you to learn it?

To be honest, it wasn’t difficult. I didn’t have Spanish classes nor had I spoken Spanish before arriving in Valencia, but as it is a similar language to Portuguese, most of the time it is easy to understand, and therefore it didn’t take much time for me to learn the basics to maintain a conversation.

4. What have you enjoyed most during your time in Valencia?

I really liked the city; it is big, beautiful, with many green spaces, activities, entertainment and a good atmosphere. What stood out to me the most were the people I met and they made this experience really special. 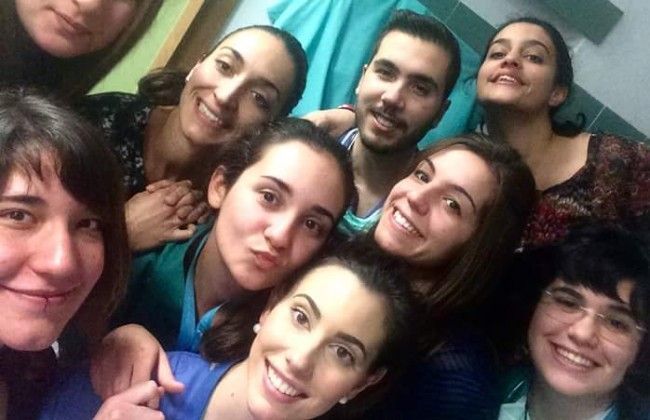 5. What did you like the most about the hospital? What was your favourite department?

The departments I liked the most were those of surgery and ophthalmology. What I liked was the good atmosphere in the hospital, the availability of the veterinary doctors to answer any doubts and explain the cases, and also the opportunity to practise a lot.

6. In Portugal, the Veterinary degree lasts 6 years, while here in Spain it lasts 5. Do you notice any significant differences in terms of the education system between there and here?

I think that the biggest difference is the duration of the degree and of the internships, as in Portugal they are longer. But as I have only done an internship here, I cannot compare much more.

7. What have you gained from the internship?

The internship was fundamental for the integration of knowledge, to practise procedures and unravel the clinical logic and work practices. I feel that after the internship I am even more in love with veterinary medicine and I am much more prepared to integrate myself in the job market.

8. Are the most common diseases here the same as over there?

Taking into account what I have seen up to now, I think that the majority of diseases have more or less the same rates in both places.

9. Which clinical case, that you have seen, has been the most interesting? Had you seen anything similar before?

One of the cases that have been the most interesting was one with a Pitbull dog called Adel, who was presented to the consultation with a vaginal prolapse, in the sonogram of the abdomen a pyometra was suspected and in the OHT it was observed that she had a congenital anomaly – she appeared to have 3 uterine horns. Afterwards, it was discovered in the pathological anatomy of the VHC that one of the horns was an ectopic ureter and that the respective kidney possibly had a tumour. No one in the operating theatre had ever seen anything like it.

10. How were you treated by the professors and staff in the hospital?

They treated me incredibly, from the start. All the people in the hospital welcomed me and they always made me feel integrated. Soon enough they invited me to talks, classes, case discussion groups and then after a few days I felt like a member of the team. I would like to thank all the fantastic Veterinary interns who were always available when necessary and made me feel at home. I would also like to thank Mireia, Mari Luz, María López, Aloma, Alicia, Belén, Pascual, Toni, Carlos and everyone else who taught me so much, always with a lot of availability and willingness. 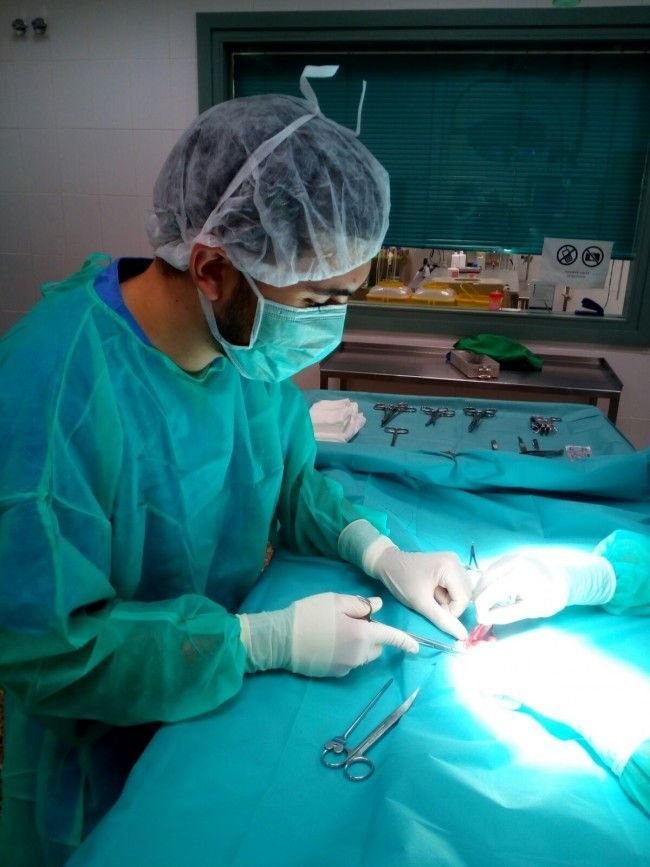 11. If you had to pick a memory/experience that you are most grateful for during the internship, what would it be?

12. Would you come back to do another internship in our hospital? Would you recommend it?

Definitely. I am very happy with the experience and I am glad I chose your institution for my internship.

Not only would I recommend it – I already have.

13. Putting the hospital to one side, what have you liked most about Valencia and its customs? Were you here during las Fallas? What did you think of them?

As I said before, I have loved the city and its traditions, but yes, I liked las Fallas the most. Those days were incredible, with festivities for 24 hours of the day, fireworks (which I really like), churros, hot cocoa and an incredible party and entertaining atmosphere. I recommend everyone to see it and I hope to return one day!

I for one would like to say that having him in the hospital, he has been a great help. In the mornings he was in different departments and at midday and in the afternoons he was with us veterinary interns in the hospital and he helped us a lot. Rafa helped us wherever he could. With Rafa we have learnt many things about his habits, vocabulary…I encourage students and vets from over the world to do internships and visits in our hospital, so there is an exchange on both sides.

A passion that keeps on growing: becoming a vet

Be the person you want to be

Elisabeth, a CEU vet in France

From Sweden to Argentina and now in Spain: Meet Vidar, a first-year student of Veterinary Medicine